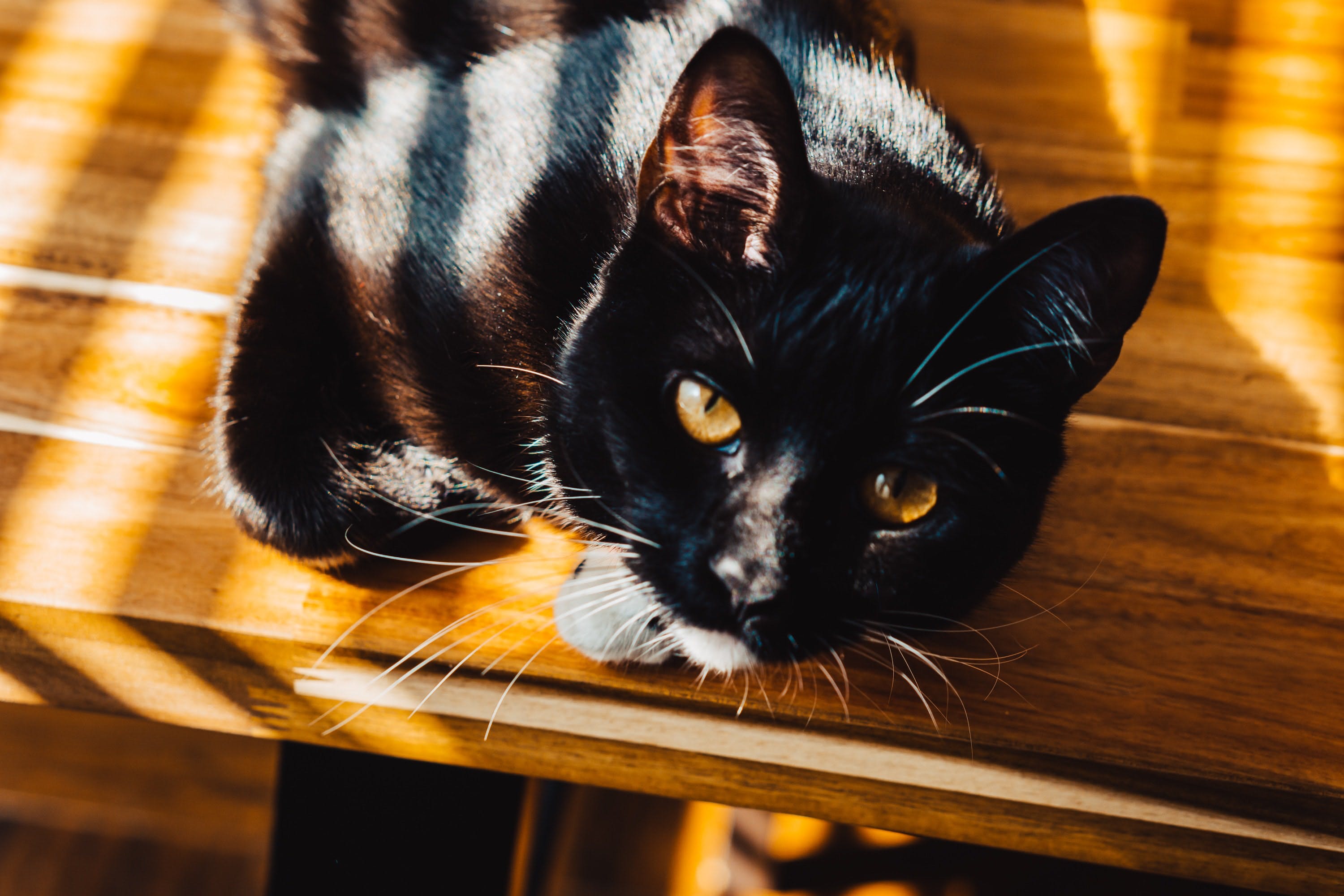 Black cats have a bad reputation. They’re considered by many to be bad luck and unfriendly. But anyone who’s ever loved a black cat knows these stigmas couldn’t be further from the truth. August 17th is National Black Cat Appreciation Day, so in honor of our darkly-colored "fur-iends", we present to you 7 startling facts about black cats.

Black cats are the least likely to be adopted in shelters

Unfortunately, you read that correctly. Black cats are far less likely to be adopted and take longer to adopt out than other colors of felines. There are a few reasons for this. The stigma behind black cats being mean or unlucky is a big reason people steer away from adopting them. Secondly, while adorable, black kitties are challenging to photograph due to the intensity of their fur color.

Black cats have a history at sea

Black cats were commonplace on ships in the 17th and 18th centuries. These furry black felines were in charge of rodent control and thought to be good luck for sailors.

Black cats may be healthier than other breeds

The genetic mutations that cause those luscious black coats affect more than just their hair color. Scientists believe that these same genetic factors also decrease the likelihood black cats will develop certain diseases. Furthermore, scientists have linked this gene to the gene that gives humans resistance to HIV. Studies are ongoing — but who knows? Black cats may just be the solution to HIV in humans.

People have long associated black cats with magic and witches. During the Middle Ages, there were mass killings of black cats because people believed that witches took the form of black cats. Sometimes these angry mobs would even kill the owners of black cats.

Their fur reacts to sunlight

Black cats' fur can change color in the sunlight from a dark color to dark orangey-brown color. Sometimes if the black cat has tabby in their bloodline, you can also see stripes in the sunlight too.

It's no coincidence that the black Bombay looks like a panther

Cat fanciers consider the Bombay black cat to be the crème de la crème of black cat breeds. Breeders crossed the sable Burmese with the black American shorthair to attempt to make a breed that resembled the black panther. While the breed was developed in the '50s, it wasn’t until 1978 that the Cat Fanciers Association accepted the breed.

Did you know ancient Egyptians worshiped cats and would kill anyone who harmed a black kitty? This is true! Black cats were thought to be good luck since the Eygptian goddess, Bastet, was depicted as a woman with the head of a black cat.

Black cats have had a rough go of things and still have a bad rap to this day. The truth is black cats aren't bad luck. They make great companions and want more than anything to be loved and cared for. If you're thinking of bringing a black cat into your home, be sure to check your local shelter. You can give a black cat a chance at a life that they otherwise might not have.