I love dogs! I have experience with all sizes from XS Pomeranians to XL St. Bernard’s and Newfies, and everything in between. I'm a very active surfer, yogi, and hiker all over New England and love being out in the elements, including rain and snow. I spend a lot of time at the beach in any weather! I also work at South Boston Animal Hospital-you may have seen me behind the front desk. I would love to take your pup with me on a safe and fun adventure around the neighborhood!

Hi there! My name is Gabbi! I'm a Boston native and I've loved animals my whole life. Being able to work with dogs is a dream of mine, so I'll always make sure your best friend is well taken care of! 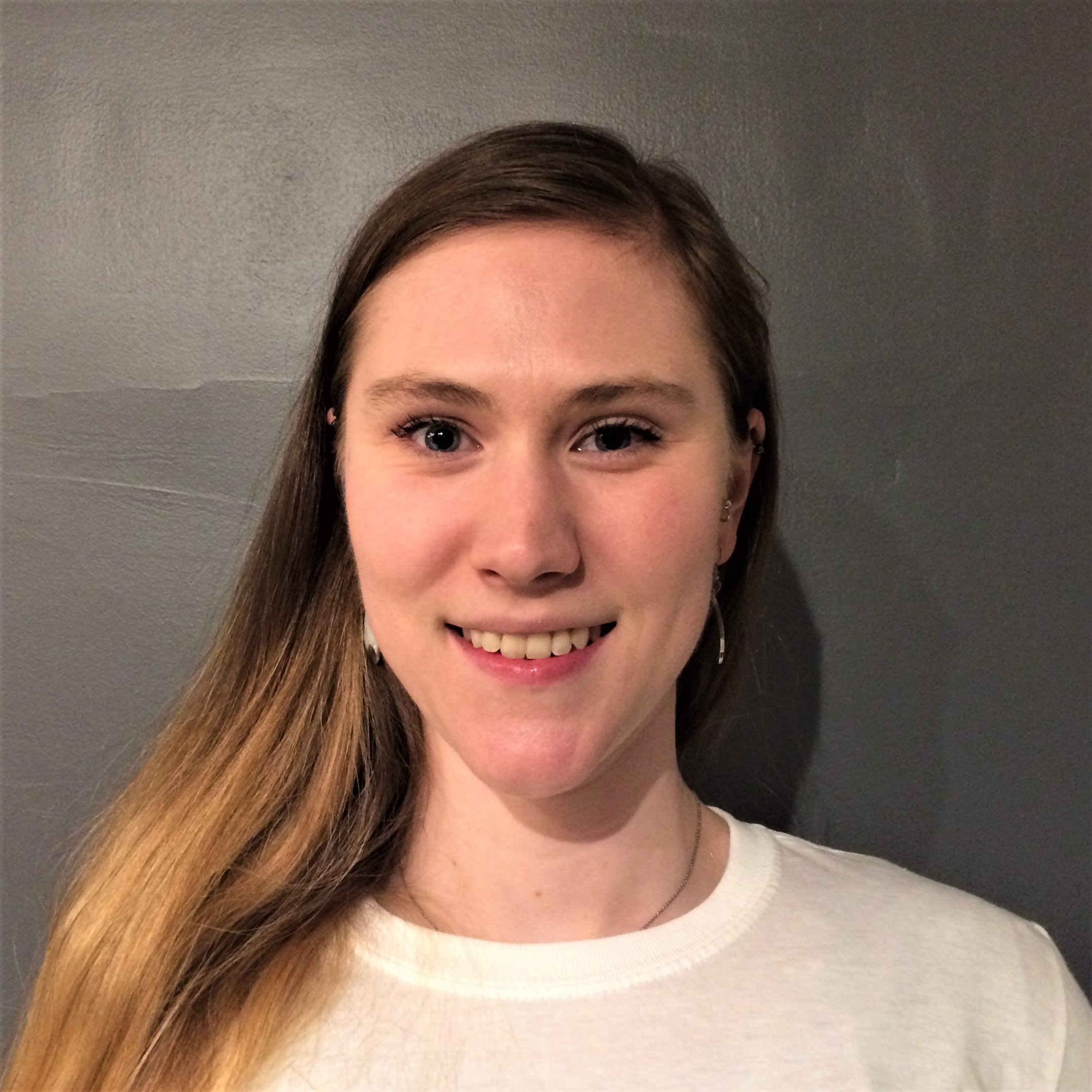 Hi, my name is Rebekah. I grew up an animal lover in Maine, where I enjoyed living with a Blue Heeler/Sheppard mix named Sitka. I started walking and sitting for my friends’ and neighbors’ pets more than 5 years ago and have loved it ever since! Recently I’ve moved to Boston and am excited to be back in the area. I have experience with dogs of all sizes and ages. As an outdoorsy, active person, I’d love to meet your best friend and take them out for some fun and exciting exercise! I know each pup is as unique as they are loved, and I can’t wait to provide you both with the caring Wag! experience.

I have been a lover of animals my whole life . Been dog sitting for friends the last 20 years . I consider myself to be a very dependable respon person who will give your dog the love and care it deserves.

“my strengths are distance care and being thorough!”

Hi, my name is Aidan. When I was little I had a black lab named Satch that I loved very much, and that has shown me the joy of caring for animals.I have experience in college caring for dogs in multiple situations and am confident in my abiility to adapt to the needs of individual dogs. I am also a very active person and am excited to take your dogs on very thorough walks! Also, I am a photography graduate from MCAD have experience taking pictures of dogs. Can't wait to meet you and your dogs!

Hi! My name is Juliana! I'm at FT student at ODU. I grew up with a Poodle, and have lived with and cared for other breeds of different sizes and ages. I am a fur mommy to 2 Pits. I very much enjoy exercising and being outside. Since I'm a very active person, I would love have the opportunity to take your dog on many fun filled walks! As well as a relaxed walk through the neighborhood. I will treat your baby as if they were my own! I look forward to meeting you & your dog! (:

Hi! I am a very active person who loves the outdoors. I'm an avid runner and also enjoy hiking, backpacking, tennis, cooking, and travel. I look forward to getting to know you and your dog!

Hey there! I'm Rafael. I have owned and taken care of both small and large dogs my entire life, from Jack Russel Terriers to American Pit Bulls, I have experience with them all!! I am good at reading dog behavior and what they want and how they are feeling. Caring for dogs is my great passion in life and I can not wait to meet yours!!!

Hi my name is Arty and I am a huge animal lover. I have had pets my whole life and I could not picture my life without one. I have a ten year old Husky named Zoey who is the whole world to me. I have worked as a dog trainer in the past and have helped work the kennels for dogs that were boarding. I think of my dog as a member of my family and I always treat any animal I come in contact with the same way. I look forward to meeting your pet and making a new four- legged friend.

**I have been tested negative for Covid-19** Hello! My name is Miriam, I am 27, an enthusiastic dog lover, as well as self-employed dog sitter, boarder, walker and trainer! I have had a loyal client base in the greater Boston area for the past several years that has only been growing, which I am so grateful for. I strive to provide optimal care and safety for each and every dog!

Located a little more than half an hour from Boston, the town of Westwood, Massachusetts has made quite a name for itself since it was first incorporated in 1897. Money Magazine once listed it as one of the best places to live in the United States, and that’s especially true if you’re a history buff. Westwood is home to the oldest animal shelter in the United States, and it also lays claim to a cave where King Philip and his men supposedly hid during the war named for him. The town is also the former home of two men in the Hockey Hall of Fame, Fern Flaman and Milt Schmidt.

While these things might interest you, they probably don’t impress your dog. Unfortunately, there aren’t many dog-friendly opportunities in Westwood. There are, however, several opportunities for you and Fido not too far away. There are a few options for veterinarians located within Westwood, so even though you might have to travel to visit a dog park or dog-friendly restaurant, you won’t have to do so to get care for your dog when he needs it the most. Don’t write Westwood off completely, though; you can your dog can still go for a walk and enjoy a scenic view.

If you and your nature-loving pooch want to get out of the house and away from the hustle and bustle of the city, head to Dover’s Noanet Woodlands! Noanet Woodlands is only about five miles from Westwood, so you won’t have to travel far. This beautiful area allows you and your leashed dog to go for a hike on beautiful trails that run alongside a pond. If your dog is feeling adventurous, he can even go for a dip in the water! Make sure to wear comfortable shoes and bring water and waste disposal bags.

Located about twenty minutes from Westwood, Sharon’s Sampson Park is home to Sharon Dog Park! This bark park is a huge hit with the locals, and rightfully so. Sharon Dog Park has plenty of space for your dog to run around, and there’s also a separate section for smaller or shyer dogs. The dog park also provides water, waste disposal bags, and seating for dog parents. Sharon Dog Park makes it easy for your dog to make some pawesome new friends of his own, so make sure to pay it a visit!

Randolph’s Randolph Dog Park, located about twenty minutes from Westwood, can’t be beat if you’re looking for a dog park for your adventurous pup. Randolph Dog Park is full of agility equipment, including tire tunnels that they can traverse through or climb on and stairs that are perfect for leaping from. There’s a separate area for smaller dogs so that they don’t accidentally get hurt. Water is provided for your dogs, but you might want to bring some for yourself, along with waste disposal bags to clean up after your pet.

If you find yourself craving a sweet treat and want to bring your dog along, make sure to visit Needham’s Abbott’s Frozen Custard. It’s about ten minutes from Westwood, and as the name implies, this sweet shop offers frozen custard and mouthwatering milkshakes. Your dog can dine with you on the patio; if he’s lucky, you might be in the mood to slip him a spoonful of vanilla custard. If you want a full meal, visit Nicholas’s Pizza to grab a slice or two. Fido can join you at an outdoor table. Your dog needs to be leashed at both locations.

Okay, so Larz Anderson Park -- located about fifteen minutes away from Westwood -- isn’t technically a dog park. During the summer, though, your dog can run around and have some fun off his leash between nine in the morning and one in the afternoon. During the winter, your dog is allowed off his leash at all times. You have to keep your furry friend away from the playground, though, for safety purposes. Make sure to bring along waste disposal bags and water for your pooch! It’d also be best to have a leash on hand in case you need one.