My name is Shie and I just have a love for dogs. I've always had one since I was small; with their sizes ranging from a small chihuahua to a giant great dane. I volunteer at animal shelters as well as my veterinary clinic. I want to continue being around and working with dogs. Hope to meet you and your pup soon.

My name is Andrew, I am 31 years old and a lifelong dog dad. I have been raised around dogs my whole life, ranging from schnauzers to boxers, so I can handle it all. Dogs have a particular affinity for me and have never met a dog that was a stranger. I have volunteered at several animal hospitals and boarding centers and have found my ultimate passion in caring for them. I hope to one day have my own kennel and adoption service! Can’t wait to meet you and your furry best friend!

Hi, my name is Sereana (Suh-ree-nuh). What can I say other than I'm a pet lover. I've got over 6 years in experience working in pet care. I started as a kennel tech at a veterinary clinic for a year until I was trained and worked as a vet tech for over a year. When I moved to Austin I worked at a boarding kennel and loved it more than I can say. I currently have a full house and have two cats and two dogs.

hi im here to be your wag walker and im good at and im a mom of five dogs that i love i will treat your dog as if they were mine im a caring person and great to be around. i get a long with all dogs. i hope that you pick me thanks

Well hello, my name is Cherrell, but you can call me Rell. I was born and raised in Columbia, SC, where I am known as the “Cat Lover,” but most of all an “Animal Lover”! I’ve gained my experience through childhood with my own pets, as well as the neighborhood pets. Everyone trusts me with their fur-baby because I believe animals deserve to be protected and loved as if they were human.

Hi! My name is Demornay and I absolutely love all types of dogs! I have two big dogs of my own that I love to walk now! I’ve also grown up with dogs ranging from small to large and I’m excited to meet your fur baby! Yes that’s right I called your special PUP your fur baby because just like any other they are part of the family! So let’s get these dogs to walk’n!

I love dogs and all animals. I’m a perspiring actor. I can be very adaptable. My aunt owns a small dog grooming/walking business and my grandparents have a farm where there are 6+ dogs of all sizes. I live and walk with two dogs and cat. I’ve taken care of friend’s and family’s pets before. I have a car. I love outdoors, in all weather conditions. I’d be glad to hear from you and meet your goodest of boys.

I’ve always had dogs in my life growing up and I couldn’t imagine life without them! I’ve owned dogs of all sizes so I’m comfortable with any breed. Walking dogs is just something fun I like to do in my free time (:

"Greetings fellow dog lovers! My name is Colleen McCrary. I am 23 yrs old attending college. I have worked for WAG in El Paso and Austin Texas. My family and I have helped lost dogs/cats. Have been parents to 7 dogs, but currently have;German wire hair pointer, terrier, pug/chihuahua, and goldern retriever/terrier. I love to help animals and will volunteer at the humane society shelter. Helped many dog parents and hope to help more. 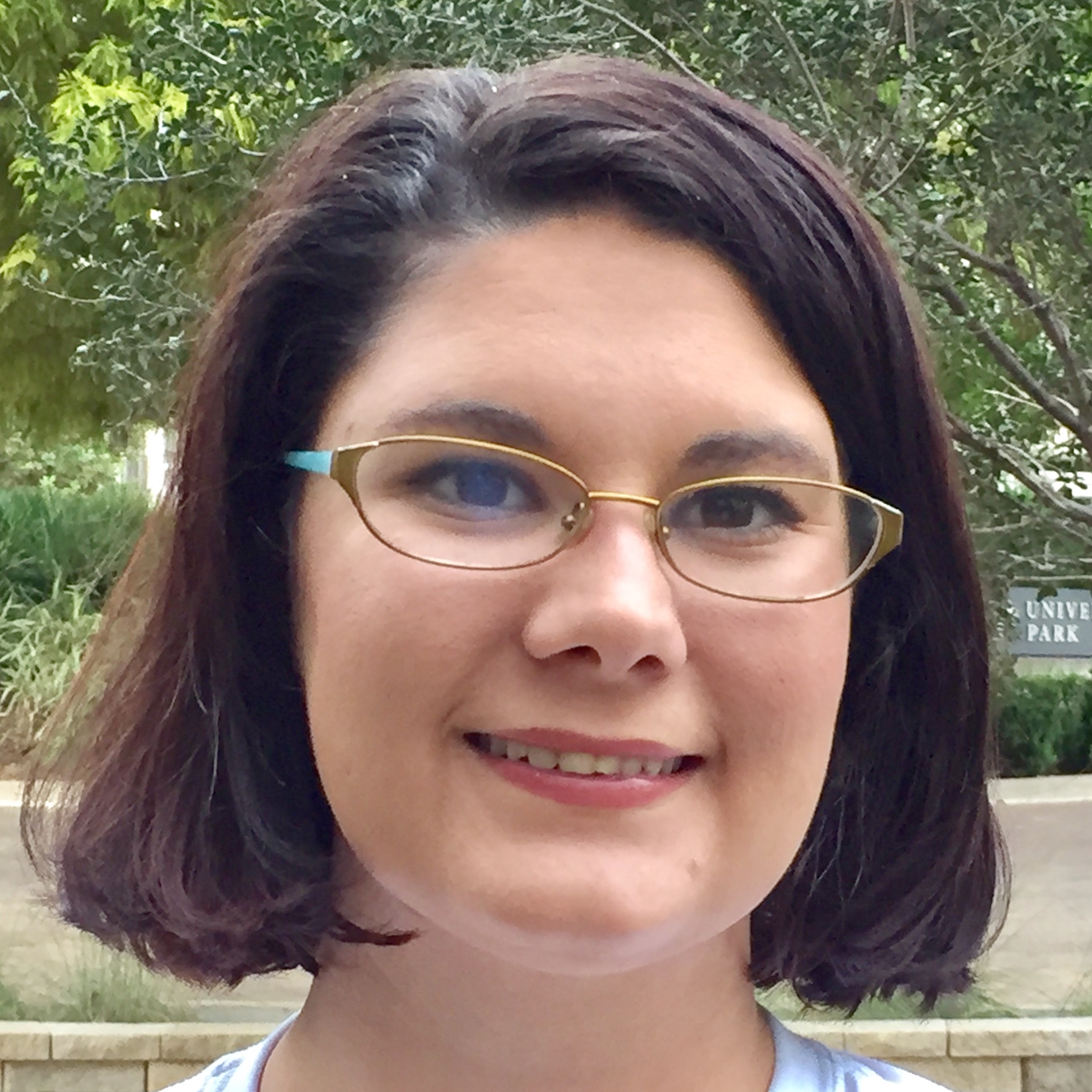 Hello, my name is Sara. I've had animals just about my while life and currently have a sweet little dog named Dusty. I've helped care for friends and families dog in the forms of dog sitting, walking, and checking in on them while there owners have been away on vacation or short day trips. I love all breeds of dogs. I look forward to getting to know you and your dog(s).

The pet-friendliness is as big as everything else in Texas in the friendly neighborhoods of Harker Heights, Texas. Most locals just call this city the "Heights." The city was incorporated in 1960 and got its name from its founder, a hog farmer named Harley Kern. Though it was originally a United States Army post, the civilian population around the post expanded quickly. Like many cities in Texas, the Heights' locals love their neighbors, both four-legged and two. Harker Heights has tons of public outdoor areas, like community gardens and public green spaces, inviting citizens to get outside and enjoy the fresh Texas air.

Pet owners love that there are 7 veterinarians, 6 parks, and 10 groomers right within the city limits of Harker Heights. Also frequented by dog owners are the two trails in the eastern region of the Heights. You and Fido can grab the leash and lace up your hiking boots to trek across the Dana Peak Park Trail or Twin Peaks Loop Trail. Also in town are 6 pawesome restaurants that are dog-friendly and will let you bring your dog with you so Fido can sit in the outdoor seating area. You can always take a stroll to the city limits and overlook the Stillhouse Hollow Lake on the Lampasas River.

It's beautiful here in "Bark-er Heights!"

Does your dog love dishes like Pad Thai and Nam Sod? Then he'll love living in the Chantz Shawn neighborhood, where you can find the dog-friendly restaurant, Thai Thai. Your dog will "bark bark" at all the amazing flavors on offer at Thai Thai! Best reason to visit (besides the delicious food) is the amazing dog-friendly atmosphere at this local Asian restaurant. You get a sampling of Thailand with dishes like Mussaman Curry, Bun Thit Noung, and the classic noodle dish, Pad Thai! Grab your appetite and your dog's leash and head out!

Does your dog like trekking through rolling hills to get a glimpse of a view that will take his "bark" away? Then you and your Fido will love visiting the Ridge neighborhood. The Ridge is in the eastern part of Harker Heights and hugs right up against the Stillhouse Hollow Lake. You can visit the Dana Peak Park which offers a trail to follow toward the shoreline of the lake. You can camp, hike, fish, hunt, and more at Dana Peak. Most of the campgrounds are located right along the shore of the lake, making this park a majestic place to spend the weekend with your dog!

Does your dog love to be part of the community? If your Fido is a socialite, then he'll love living in the Knights Ridge neighborhood, where he can visit the Harker Heights Community Park. The 62-acre park has 4 softball fields, 4 baseball fields, and playground equipment for the humans. For the doggos, this park has an open play area, a picnic area, and the Kyle Hilliard Walking Trail where you and Fido can have some fun in the sun! Be sure to bring plenty of waste bags and water along with you for your adventures at this furrific park.

If your dog is a frisbee fanatic, then he'll love living the Skipcha South neighborhood. From here, you can visit the 35-acre Purser Family Park. Purser has a disc course where you can bring your dog along. If your pup is more interested in playing with other pooches, there is an off-leash dog park where he can chase some new canine companions in one of two fenced-in areas for small and large dogs. After a day at the park, you can head to the dog-friendly Bahama Bucks for a refreshing smoothie, soda, or shaved iced that will cool you down after a hot day!

Does your dog live in Texas but have Louisiana on his taste buds? The doggos who were born on a bayou will feel right at home in the Union Grove neighborhood! One of the neighborhood's favorite local spots is Razzoo's Cajun Cafe. You can get the house specialty — Grilled Gator Tail with BBQ "Ouch" Sauce. This Creole restaurant has all the favorites, like fried oysters, jalapeno catfish, and jambalaya pasta. Try them all with your pup right by your side! (If you plan on sharing your grub with your pooch, remember that dogs and spicy food don't mix! Ask your waiter to prepare an unseasoned dish so Fido doesn't get an upset tummy.)