At What Age Can Dogs Get Pregnant?

Puppies are literally the cutest thing on the planet. The toebeans! The puppy breath! The high-pitched yips! There's a whole lot to love — but pet parents who welcome a litter of precious pups into the world will certainly have their paws full when it comes to caring for Mom and her fur-babies.

At what age can dogs have puppies? Well, that depends on their size and breed. Your dog can get pregnant during the very first heat, or estrus cycle. Though most dogs experience estrus around 6 months of age, some small breeds can go into heat at four months old, so it won't be long before your little princess is able to have pups of her own! (Breeding during the first heat isn't recommended, though, since the pup is also still growing.) Larger breeds may not go into heat for the first time until they're 12 to 18 months old. Generally speaking, the larger the dog, the longer it will take to reach sexual maturity. However, every dog is different, and it may take a couple of years before the cycle regulates.

Female dogs can continue to get pregnant and give birth throughout their lives. For dogs 7 years and older, the time between cycles may increase, and health problems may make pregnancy more dangerous. Keep reading to discover the history and science of pregnancy in dogs as well as some tips and tricks for breeding responsibly.

Signs that Your Dog is Able to Get Pregnant

You'll know Princess is able to get pregnant when she goes into heat for the first time. Also known as estrus, this stage of the reproductive cycle occurs roughly every 6 months and lasts from 2 to 4 weeks. Female dogs are only able to become pregnant during this time.

Just like human females, your hound may experience behavioral changes and other symptoms throughout all four stages of estrus. Behavioral changes typically occur during proestrus, which occurs just before the dog is most fertile. When your dog starts "flagging" — or moving her tail to the side to signal to males that she's ready to mate — you'll know she's ready! Vaginal bleeding and watery discharge also indicate estrus.

Below are some signs your pooch will show if she's able to get pregnant:

Below are a few more signs that your female dog is in heat:

The History of Dog Pregnancy

Did you know that dogs and gray wolves evolved from the same common ancestor between 20,000 and 40,000 years ago? To begin a discussion of the history of dog breeding, we'll need to rewind some 14,000 years, when humans first began domesticating wolves.

While the exact process of domestication is a hot debate in the scientific sphere, it's thought that wild wolves inadvertently initiated the domestication process. (Indeed, some people believe we didn't domesticate dogs, but dogs domesticated us!) Packs of wolves hung around hunter-gatherer tribes in hopes of finding food. Tame, well-behaved wolves were better at scavenging scraps than their aggressive pack members. Over time, those wolves evolved to be friendly toward humans. In exchange for food, the packs protected and assisted humans in hunting.

However, these dogs weren't quite the cuddly and well-groomed puppers who like to play fetch and snooze on our couches. They were free to roam, and their physical attributes were more or less uniform. So how did those loyal strays evolve into the 400-plus dog breeds we know and love so much today? It all has to do with selective breeding.

Around 9,000 years ago in southern Asia, humans figured out we could breed dogs to enhance certain traits that benefitted us. At first, we began breeding dogs for agility and hunting prowess. These were the first herding and hunting dogs. (Fun fact: humans living in the ancient Arctic successfully bred their dogs to help hunt down polar bears!)

Fast forward to London in the 19th century, where we discovered dogs were more than just our coworkers — they were our friends! (And super cute ones at that.) During the Industrial Revolution, dogs lived comfy lives inside private homes. As wealthy British aristocrats began experimenting with selective breeding, kennel clubs were established to keep track of the new breeds that competed in fashionable dog shows.

Long story short, we can thank Britain's upper-class Victorians for beautiful dog breeds like the Golden Retriever and English Setter. And the rest, as they say, is history!

The Science of Dog Pregnancy

Dogs are most likely to become pregnant during the second stage of estrus. Here's a brief overview of this stage:

How to Tell If Your Dog is Pregnant

Apart from obvious signs like weight gain, swollen nipples, and behavioral changes, the best way to determine if your dog is pregnant is to go to the vet. Your trusted veterinarian can use hormone tests, x-rays, ultrasounds, and palpation to determine if Peanut has a sweet litter of puppies on the way!

How Long Do Dogs Stay Pregnant?

Pregnancy may last anywhere from 8 to 10 weeks after conception, but typically lasts 9 weeks.

What Are the Stages of Dog Pregnancy?

What Are the Stages of Labor in Dogs?

Labor typically lasts between 3 and 12 hours. Contractions begin 12 to 24 hours prior to labor. Dogs will deliver healthy pups every 30 minutes to an hour. Delivery of each individual pup shouldn't last longer than 2 hours. After your dog has delivered the pups, the placenta will follow. If your dog's labor lasts longer than 24 hours, contact your vet immediately.

Training Dogs to Get Pregnant

There's no need to train your dog to get pregnant — puppy love is a natural instinct! But there are certain things you should do if you're looking to breed your dog. Just remember, taking care of a pregnant dog and newborn puppies is a daunting task and a big commitment. However, the effort will be well worth it when you welcome that sweet pack of puppers into the world!

The first thing you should do is ensure the female dog is ready to breed. A female dog can breed during her very first heat. However, most dog breeders actually wait until a female dog has gone through 3 or 4 menstruation cycles. That way, the female dog is fully physically ready to endure the taxing experience of pregnancy.

Here are a few pointers for breeding your dog responsibly:

Before pairing up the male and female dogs, take them both to the vet to make sure that each party is in good health. Let your female dog spend time with the male during the second stage of estrus when she's most fertile, a period of about 5 to 10 days.

Don't worry, this process doesn't have to be too procedural. You can hang out, play, cuddle, and walk your dogs the way you usually do. A happy dog means a healthy dog! And healthy dogs make more healthy dogs. So be sure to keep both the female and male dogs on a very healthy and wholesome diet while they're in the breeding process.

How to React When Your Dog is Pregnant

Safety Tips for Dogs Able to Get Pregnant 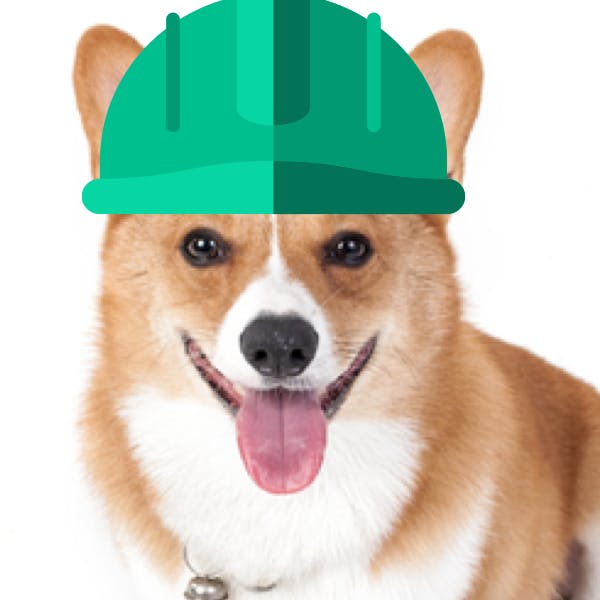 Not Old Enough Yet
Signs

4 years, 2 months ago
Hey my dog is 11 years and she still get her period, I was wonder if she can get pregnant or is it too risky for her to get pregnant
3 years, 3 months ago
Dangelic P.
German shepher 11 months
3 years, 3 months ago
Amanda H.
My shih tzu 5 months can get pregnant?
2 years, 5 months ago
Gayathiri G.
Too young at 11 months.
2 years, 8 months ago
Cody M.
She’s going to continue growing And developing until 2 years of age so it would kinda be like a 13 year old human being pregnant if you were to breed her now but it’s up to you
2 years, 2 months ago
Shanaya W.
Pure bred German Shepard 1 year and 1 months
10 months, 2 weeks ago
Taylor C.

Not Old Enough Yet
Signs

3 years, 10 months ago
My Lab is 14 years. She still has a cycle but it is very light. Can she still get pregnant?
3 years, 2 months ago
Deborah K.
Boxer 37.5 months old. Just over 3 years old. She had never been willing to accept my male Boxer until today finally on her 4th heat I seen her let him mount her and didn’t fight him off. I did stop it from occurring though. They are both AKC Boxers but I don’t want my male to end up hurt cause the female won’t stand still when they lock.
2 years, 8 months ago
Cody M.
All female dogs do that each time they hook she will settle down a bit more bit rest assured she can’t hurt him good luck
1 year, 4 months ago
Chrystal L.