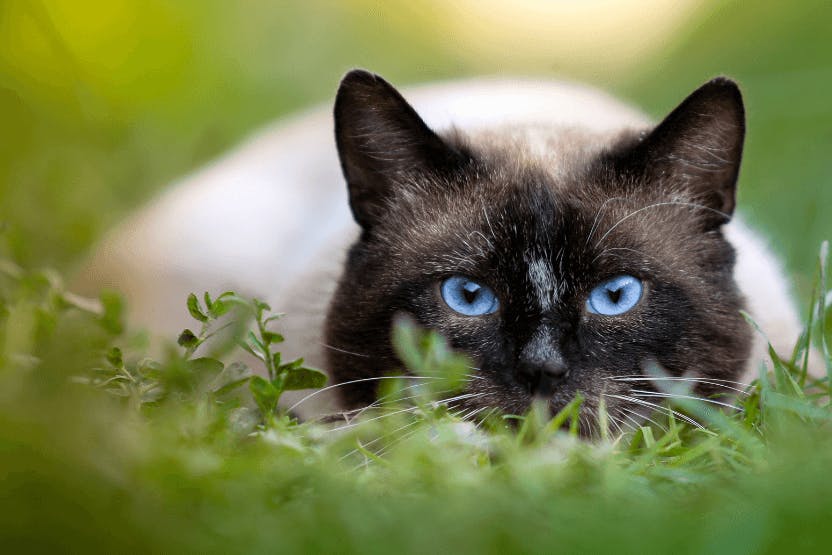 "Free-roaming cats" is a collective term that refers to feral, stray, pet, or community cats that spend a significant amount of time outdoors. According to a 2020 study, there are approximately 32 million cats roaming free on American streets — so many, in fact, that it's difficult for researchers to get an accurate estimate.

Many people don't see much harm in free-roaming cats as long as they don't dig in the trash or show aggression. But could these outdoor cats be wreaking havoc on the environment? Environmentalists say they are in certain areas. However, some argue that outdoor cats can actually benefit the ecosystem.

So which is it? We'll discuss both sides of the debate and give you tips for reducing your cat's carbon footprint.

How do cats harm the environment?

All animals influence their environment somehow, but environmentalists say outdoor cats may be endangering native wildlife and contributing to the rise in greenhouse gases.

But those aren’t their only concerns. Let's explore a few more.

Cats are natural predators, and they stalk and kill small animals for fun and food. The problem is cats don’t care if the bird or rodent they’re hunting is on the endangered species list or not. And they’re very good at what they do.

Take, for instance, the tale of Tibbles, a pregnant feline who came to a remote New Zealand island in the late 1800s and helped drive a rare bird species to extinction. While this story has been exaggerated somewhat in various sources, it is true the flightless bird had no natural predators until the cat colony began on the island.

Unfortunately, this is not an isolated incident. According to the American Bird Conservancy, cats are partially responsible for declining American bird populations, killing more than 2 billion birds per year. Outdoor pet cats have also impacted the extinction of more than 60 animal species, including mammals and reptiles as well as birds.

Feline herpesvirus, intestinal worms, and the feline leukemia virus can quickly pass through a feral colony and spread to other pets. The biggest danger of all is zoonotic diseases like rabies, which can spread to humans as well as other animals.

Cats are obligate carnivores, and they eat much more meat than the average human. Unfortunately, the meat industry is responsible for a considerable percentage of global greenhouse gas emissions.

A study published in Nature found that food production accounts for 35% of all carbon emissions. More than half of those emissions come from animal-based food (including livestock feed).

A separate study found that the pet food industry accounts for up to 30% of the environmental impact of the meat industry overall. That equates to 64 million tons of greenhouse gases!

There's no denying that the US has a pet overpopulation problem. To quote The Humane Society:

"Regardless of whether they are owned or not, cats who are outdoors are the leading cause of cat overpopulation in communities and can be a conservation threat to at least some species of wildlife on a case-by-case basis."

Just one breeding pair of felines and their offspring can produce up to 5,000 kittens in just 7 years. While it's impossible to estimate how many of those cats are strictly indoors versus outdoors, one thing is clear: unchecked population growth will continue to impact the environment through meat consumption and declining wildlife populations.

Do outdoor cats benefit the environment?

Outdoor cats aren’t totally detrimental to the environment, though — there’s evidence they can actually benefit some ecosystems. Here’s how.

How to reduce your cat’s carbon pawprint

Here are a few things you can do to reduce your pet’s impact on the environment:

Are outdoor cats bad for the environment? Wrapping up

Although outdoor cats do benefit the environment in some ways, the data is clear: outdoor cats who hunt are a threat to wildlife species. The pet food industry also contributes a significant amount to the overall carbon footprint of the meat industry.

There is some good news, though! By being a responsible pet parent, you can reduce your cat's impact on the environment and prevent them from impacting local wildlife populations.

Got questions about outdoor cats and how they impact the environment? Use Wag! Vet Chat today for prompt, professional pet advice from a real veterinary professional.