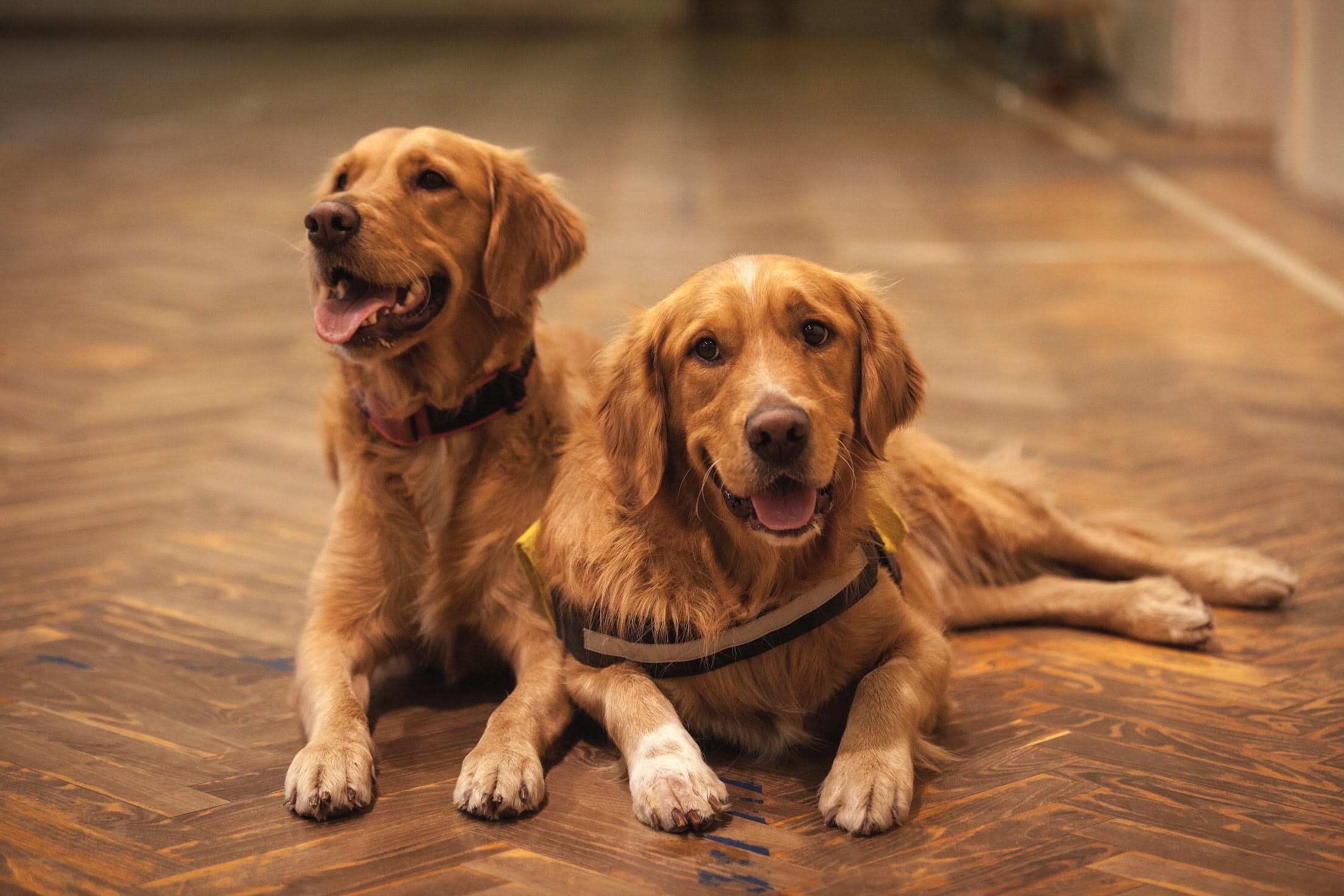 Dogs and cats can become nervous for a variety of reasons. Loud noises, separation anxiety, insufficient socialization, and unfamiliar environments are just some of them. Animals who were rescued from less than ideal situations can also be more skittish. What can you do to help your furry pal feel safe? Can music calm nervous dogs and cats?

Can music reduce anxiety in dogs?

In 2017, the Scottish SPCA and the University of Glasgow published a paper on the effect of music on dogs at a rehoming center. Over the course of five days, canines listened to five different genres of music: soft rock, Motown, pop, reggae, and classical. While the dogs spent less time standing and more time lying regardless of which genre was played, soft rock and reggae emerged as the top favorites.

According to the researchers who conducted the study, the most positive behavior changes were seen when reggae and soft rock were piped into the kennels. Specifically, the dogs’ heart rate variability (HRV) was significantly higher, indicating a decrease in stress levels. And although soft rock and reggae brought canine stress levels down the most, there were mixed responses to the different genres, suggesting that our canine companions have their own music preferences just like us.

Additionally, a 2015 study conducted by the same researchers found that classical music also increased HRV and reduced stress levels in kenneled dogs, as they spent more time sitting or lying in silence and less time standing and barking when the music was being played. However, the dogs habituated to the calming effects as soon as the second day, possibly indicating that they prefer to listen to a variety of music like we do.

Can music reduce anxiety in cats?

What are the effects of music on our feline friends? If you’ve ever left a playlist or the radio on for your cat, you may have noticed that they didn’t think much of it. It turns out that a cat’s hearing develops differently from that of a human’s, so what sounds good to us doesn’t elicit the same emotional response in them.

That’s why David Teie, a cellist with the National Symphony Orchestra, set out to create music especially for feline ears in 2015. With the support of animal scientists and more than 10,000 backers on Kickstarter, he produced an album called Music for Cats, which features “the first-ever music scientifically proven to enrich cats’ lives.”

As Teie explained on his crowdfunding page, the music we enjoy has a lot to do with the sounds we heard when our brains were developing, and this theory applies to other animals as well. For example, humans like the sound of drums because it’s similar to the sound of our mother’s pulse, which we heard while we were in the womb. Cats, on the other hand, develop their sense of music after they’re born, so they prefer sounds like suckling, purring, and the chirps of birds.

Teie’s music incorporates those sounds using musical instruments, with the intention to calm and comfort felines, especially those who were previously abused. According to pet parents who have played Teie’s tracks for their cats, the music had a soothing effect on their furry children, with many being lulled into a relaxed state and some even falling asleep.

Other ways to calm nervous pets

Music has been proven to help calm nervous dogs and cats. Aside from having a canine- or feline-approved playlist at the ready, you might need additional tools in your arsenal depending on your four-legged friend’s situation. Other solutions include behavior modification, pheromones, herbal supplements, anxiety wraps, and puzzles.

For more information on how to soothe an anxious companion animal, check out these furbulous guides:

No pet parent wants to see their four-legged child stressed out. Luckily, there are many ways to help your cat or dog relax, including putting on a playlist made just for them.