What Legal Rights Do Pets Have? 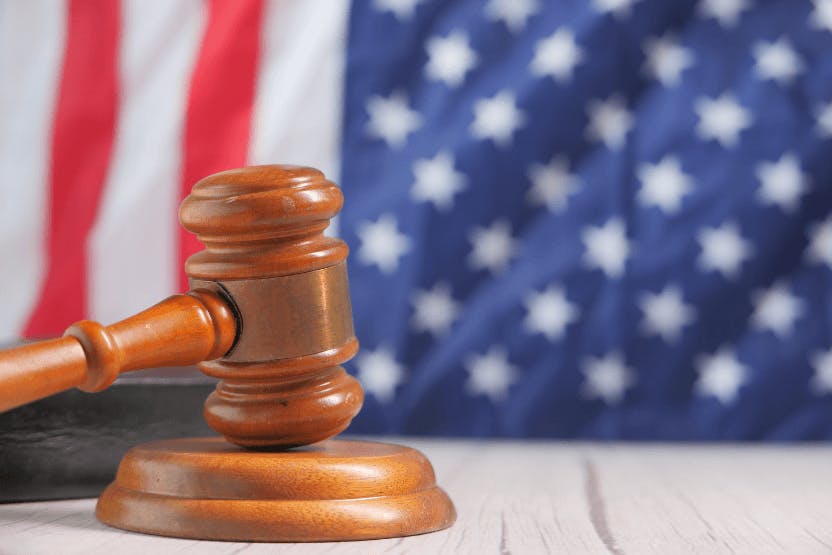 For pet parents, pets are more than animals — they're family. So it might surprise you that the US legal system regards pets as property, and they have no fundamental rights of their own. Still, there are many state and federal laws regarding animal welfare and mistreatment.

Most states have statutes protecting animals from abuse or neglect by their guardians, but charges against animal abusers outside of the home are often lumped in with personal property laws. However, more countries are beginning to recognize pets as sentient beings in the eyes of the law.

From current animal welfare laws in the US to the progress being made to give pets the fundamental rights they deserve, let's explore the legal rights of pets in America and beyond.

Although pets have no rights of their own, there are plenty of laws in effect to protect them from abuse and neglect.

Most states have passed laws that make severe animal cruelty cases a felony. However, each state defines animal abuse differently. For instance, in Alaska, abuse is defined as, "Knowingly inflict(ing) severe physical pain or suffering; or with criminal negligence fail(ing) to care for an animal and causes its death or severe pain or prolonged suffering."

Arizona law is more specific, making it illegal to neglect, abandon, kill, or fail to provide medical treatment to a pet. Additionally, leaving an animal in a car without supervision is illegal under Arizona law. All 50 states plus DC share the same stance on dog fighting, making it a felony charge.

In addition to the animal cruelty laws you'd expect, some states have stricter statutes. For example, in Colorado and Maine, it's illegal to dye an animal's fur. Giving your woofer some vivid highlights in these states could result in hefty fines and an animal cruelty charge on your record.

Currently, animal hoarding is only illegal in Illinois, though many municipalities in other states have restrictions on the number of animals in a single home.

Pets can also become involved with custody cases if their parents are married and decide to divorce. While pets were once regarded as property in divorce cases, nowadays, judges consider the dog's best interest. Still, judges will typically award custody to the guardian who paid the most money towards the dog's vet bills rather than who took care of the pet for the most part.

Animal rights through the years

Before the 20th century, cats and dogs were valueless in the eyes of the law and didn't even qualify as property. As a result, pets could be killed or stolen with no legal avenue for their pet parents to find justice.

The 20th century brought about many changes for pets and their parents, including the federal Animal Welfare Act of 1966, which ushered in changes on the state level to protect the well-being of pets nationwide.

Since then, much progress has been made both in America and internationally. In 2000, Boulder, Colorado, formally changed the term "pet owner" to "pet guardian" as a symbolic measure to personify pets.

In 2014, France changed animals' status from property to living beings, which was seen as a groundbreaking achievement in the eyes of animal rights activists. Since then, Quebec passed a bill that made pets legally equal to children under the law. Unfortunately, the US is not that progressive as of yet, and lawmakers have their reasons why.

US lawmakers are concerned that personifying pets could cause a slew of legal issues, like leaving veterinarians subject to malpractice lawsuits just like human doctors. Likewise, the American Veterinary Medical Association (AVMA) worries that granting pets legal rights could cause vet care prices to skyrocket.

What's more, granting pets personhood could open up a can of worms when it comes to breeding, spaying, and neutering — people could argue that these practices are done against the animals' will and cause lawsuits against the pet parents, veterinarians, or breeders involved.

Should pets have the same rights as humans?

Most states have laws securing pets' rights to food, water, and shelter, but many animal activists argue this isn't enough. However, granting pets personhood is a slippery slope. Giving pets the same rights as children has worked for other countries, but organizations like the AVMA worry that it could ignite a storm of legal issues.

As you can see, granting pets rights is a tricky situation. Most of us can probably agree that pets deserve fundamental necessities like shelter, veterinary care, food, and water, and to be free of abuse and neglect. Hopefully, all states will get on board with these laws one day soon and make pets a priority rather than property.

For more information on animal rights legislation in America, check out this informative guide from the Animal Legal Defense Fund.