The King Shepherd is a new dog breed since the early 1990s. This canine was developed in the United States by breeders Shelley Watts-Cross and David Turkheimer to develop a dog similar in nature and in appearance to the German Shepherd breed, but larger. These dogs have the confidence that you would find in most German Shepherds but tend to be calmer and more affectionate, making them appropriate canines for livestock guarding, personal protection, and even therapy work. In most cases, King Shepherds are friendly but somewhat reserved towards strangers and get along well with other animals, but proper socialization should be offered to ensure that they retain their easy-going temperaments.

This regal canine is a new breed of dog from the United States that is still considered to be in development. Shelley Watts-Cross and David Turkheimer began the development of this engaging canine in the early 1990s utilizing German Shepherds from both America and Europe as well as Shiloh Shepherds, another emerging breed, with additional contributions from Alaskan Malamutes and Great Pyrenees dogs. Their intent was to develop a dog with the working ability and protective instinct of the German Shepherd, but larger, with fewer health problems, and with a friendlier disposition.

They have thus far been successful in their endeavor, founding the official King Shepherd club in 1995. As this dog is a rare one that is still in development, they have not yet been recognized by any of the major kennel clubs. They can be registered with the American Rare Breed Association and as well as the American King Shepherd Club.

This striking dog has very quickly gained popularity, and reputable breeders are continuing to carefully cultivate and perfect these dogs in order to continue improving their overall health. Unique and not always easy to come by, they are becoming relatively high in demand, allowing them to command a rather high price with well-bred puppies costing anywhere between $1500 and $3000. They have been increasing in recognition, encouraging some less-than-reputable breeders to attempt to cash in on their popularity. Some are breeding them without the proper genetic and physical testing. If you are seeking a King Shepherd pup of your own, it is important to ensure that the parents of your dog are registered with the American King Shepherd Club.

These dog breeds are very large canines with strong bones and deep chests, standing over two feet high at the shoulder and frequently weighing over a hundred pounds. They are well-muscled and slightly longer than they are tall giving them a rectangular outline with a long, straight or slightly curved tail which is typically carried low. They have a large, well-defined skull with a square shape that narrows as it approaches the eyes and a well-balanced square muzzle with a strong underjaw. The almond-shaped eyes of the King Shepherd are dark brown and typically have a very keen but composed expression. Their large, triangular ears are carried erect and open to the front, often with heavily furred edges, and their nose is large and black in color. The association standard notes that there is no penalty for dogs with “snow nose”, a condition in which the nose develops spots or streaks of lighter color, particularly in the winter months.

The King Shepherd has a thick, weather-resistant coat that shouldn’t be bathed too frequently, but it does require a thorough brushing on a regular basis. Brushing your dog several times a week will help to remove dead hair and control their moderate year-round shedding, improve circulation, and help to prevent uncomfortable and even dangerous tangles and mats from forming in the undercoat near the skin.
This breed also sheds more heavily during the change of seasons and should be brushed at least daily to control their copious shedding during those times. It is also important to examine their ears on a regular basis for dirt, debris, or damage in order to avoid any infections from taking hold. Their teeth will need to be cleaned on a weekly basis at the minimum. Check their nails for excessive length monthly.

Insuring your King Shepherd puppy as soon as “pawssible” is essential for preventing high vet care costs. Start comparing insurance plans from leading insurers like Healthy Paws and Embrace and save over $270 a year.

These dog breeds are generally confident canines, and while they may be slightly wary of strangers, they are rarely shy or aggressive about it. King Shepherds are loyal and affectionate with their families, and while interactions between smaller children and canines should always be closely observed, they tend to be calm and trustworthy with little ones.

They do have a natural protective streak and can be easily trained to do protection and guarding work, but due to their friendly nature and stable temperaments, they are equally talented as therapy dogs. These dogs are not as energetic as some breeds, but they have a great deal of stamina, strength, and agility, making them suited to be working dogs as well, herding and guarding livestock.

They usually get along well with other dogs, although proper socialization with these large canines is a must to ensure that they retain their confidence and good natures. While they usually are amicable with other types of animals, like cats, some individual dogs may develop a fondness for chasing them.

This large dog is typically quite sturdy and stable, and while they are athletic, they do not tend towards hyperactivity. That being said, the King Shepherd was developed from several working breeds that are known for their strength and endurance and these large dogs do need their exercise and daily dog walks in order to maintain their physique. They should get least an hour to an hour and a half of walking or jogging on a daily basis. These dogs are also quite intelligent and mental stimulation and dog training should also be provided on a daily basis in order to prevent detrimental boredom-related behaviors from developing.

Minutes of Activity Per Day
60 minutes 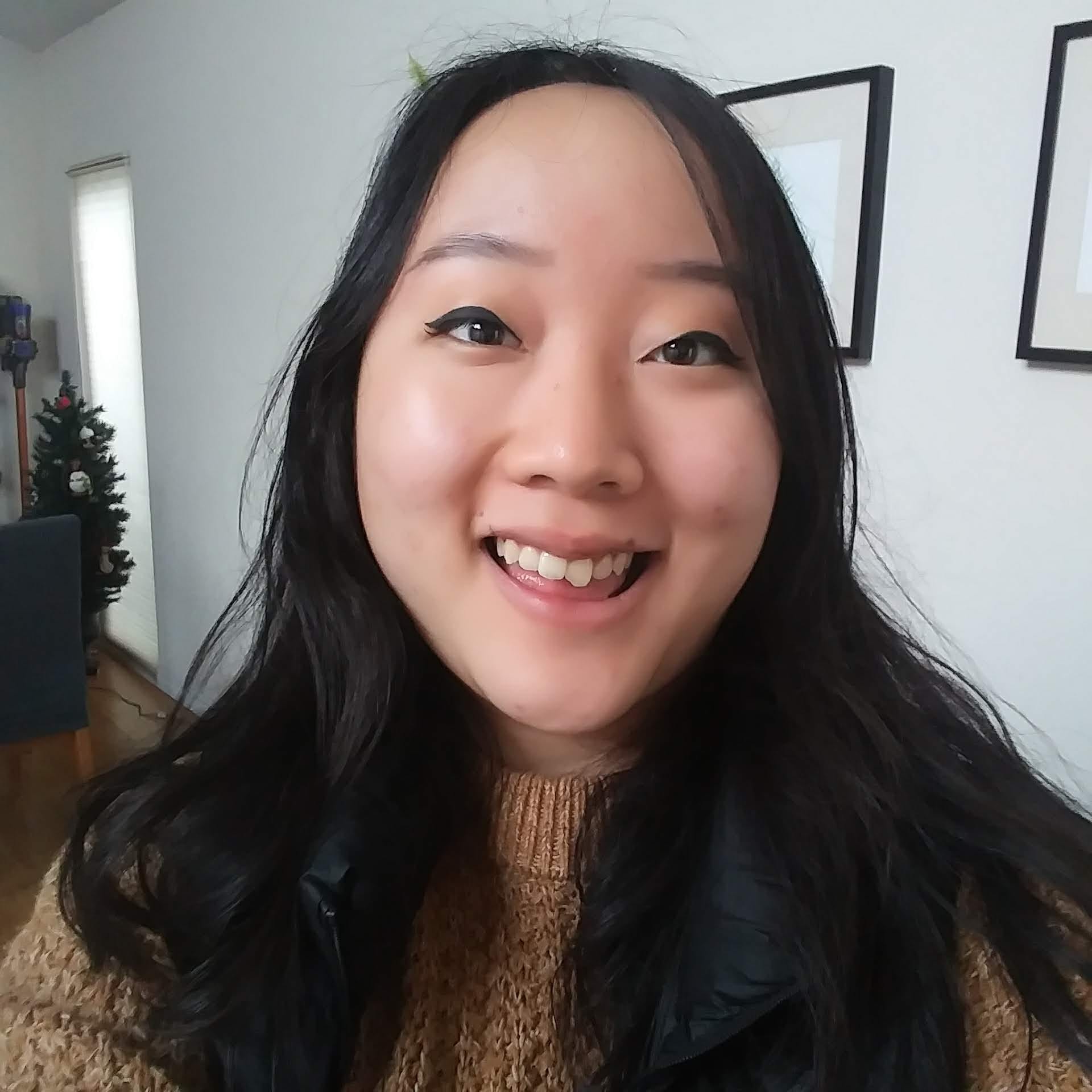 Pastimes
Sasha is pretty excitable. After the first week I found her ability to maintain focus is a challenge. She is proving to be smart, in her own terms. Sasha is also larger than average at 65 pounds and a bit over 24 in at the shoulder at 6 months. I am hoping her attention span and skills will improve so we can proceed with our SD training. She loves to sleep with me and is learning to cuddle. You need to be consistent with this breed but the pay out is proving to be very rewarding.
1 month, 2 weeks ago

Pastimes
Paisley is the greatest hiking companion. She is not fond of her leash, but off leash she stays near, and would fight off a bear if needed. (and I think she would win) She's 100 lbs of pure love and loyalty. Gentle with the kids, but if you have any ill-thoughts of harming the family, I feel she would chew your arm off. Greatest dog ever. and absolutely stunning looking.
1 year, 1 month ago

Pastimes
Look out the window
Fetch
Eating Snacks
Walk
Go to Park
it has been a learning experience
3 years, 11 months ago

Pastimes
Fetch
Walk
She's been the best dog I could have asked for.
3 years, 6 months ago

Pastimes
Amazing dog, thinks he is human, likes his family very much
2 years, 2 months ago

Pastimes
Fetch
Go hiking
Running together
Walks to the park
play hide and seek
Cuddles
My Shepherd is the best thing that ever happend to me came in a dark time he is the purest soul . He thinks he is hooman , he is very smart and super playful and energetic and the most affectionate.
2 years, 2 months ago

Pastimes
They are very loyal and acts just like one of the family. They hold there family to the highest form. We just love our solo
2 years, 1 month ago

Pastimes
Dog beach
Dog Parks
Hiking
Yazz is lovable to anyone and everyone. He is always getting compliments on how big and cute he is. He loves attention and absolutely loves my shoes and socks.
1 year, 8 months ago
Are you a King Shepherd owner?
Share Your Experience