9 Popular Presidential Dogs in US History 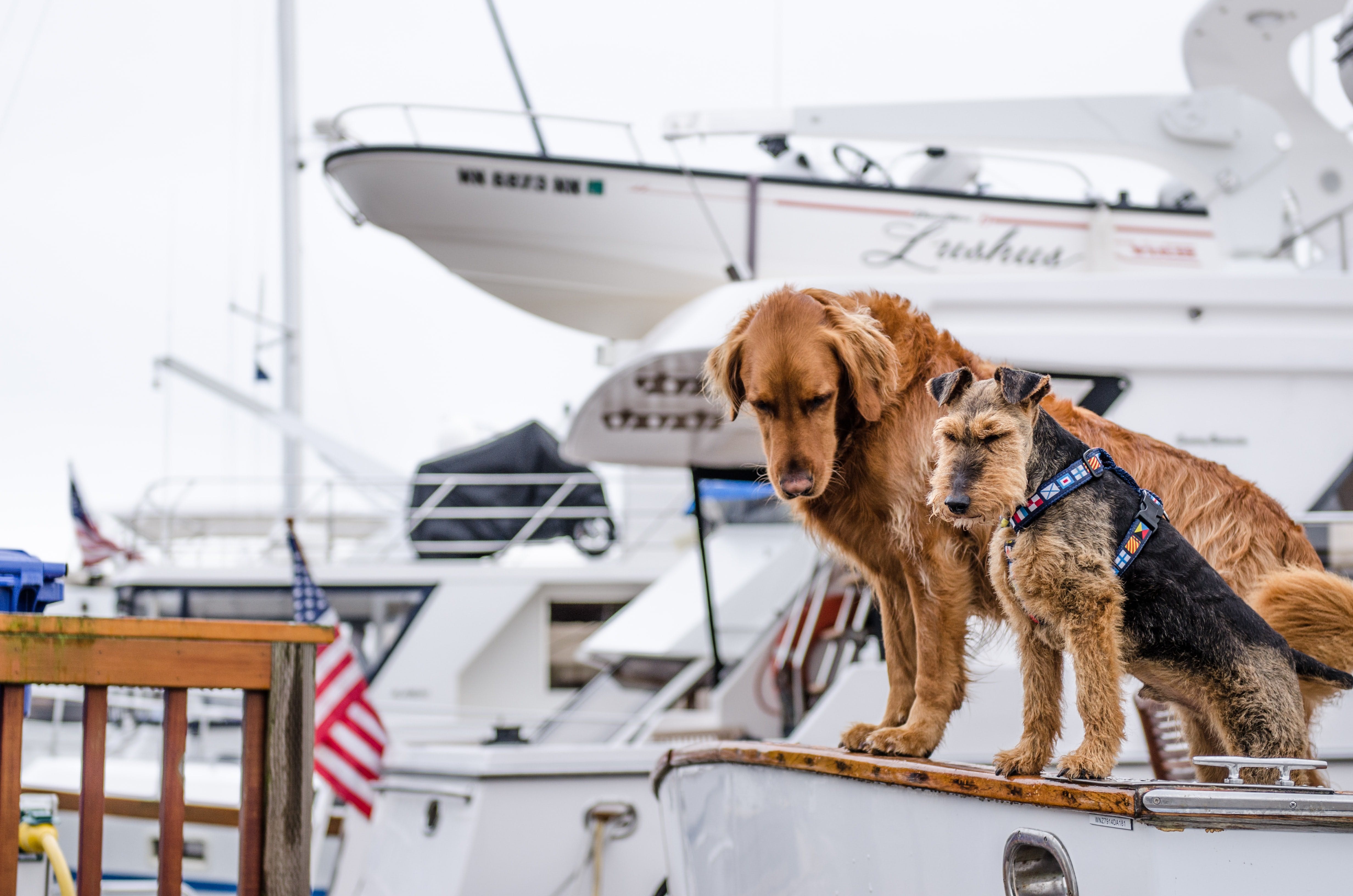 Presidents love puppers as much as the average Joe, with 30 of the 45 Presidents of the United States having canine compadres at the White House. With the election coming up over the next few weeks, we're taking a look at some of the most beloved presidential dogs in US history.

The Hoovers loved their animals. The family had many pets over the years, including a pair of alligators and a Fox Terrier named Big Ben. However, the most famous of the Hoover pets is King Tut. A Belgian Malinois, King Tut was a popular presidential pet, with the most-requested picture of President Hoover featuring his canine companion. He also helped the White House police, serving as a patrol dog.

Home videos from the Hoover family show Herbert's fondness for King Tut, with one video showing the president feeding King Tut at the White House dining table. During Tut's later years, he showed little interest in interacting with White House guests and went to live with Hoover's friend Senator F.C. Willcott. When King Tut died aged 10, Willcott penned a moving letter in tribute and placed a memorial in his backyard.

Commander is the third German Shepherd to join President Joe Biden at the White House. His first GSD, Champ, sadly passed away in 2021, while his second dog, Major, was sent to live with family friends in Delaware after some unfortunate White House biting incidences.

Commander was given to the Bidens by James and Sara Biden, his brother and sister-in-law. He made his TV debut at Puppy Bowl XVIII alongside Jill Biden in a video about pet love.

Since then, Commander has been spotted keeping President Biden company while he recovered from COVID-19, with Joe referring to Commander as "man's best co-worker." He's quickly learned his way around the White House, and the president's official Twitter even posted a cute clip of Commander roaming the White House grounds.

President Calvin Coolidge and First Lady Grace were among the biggest animal lovers to call the White House home. They owned a remarkable array of pets, including a pair of lions, a pygmy hippo, and a wallaby. Despite this amazing collection, the Coolidge's two white Collies, Rob Roy and Prudence Prim, were undoubtedly the family's most beloved pets.

Rob Roy is notable as he features in a painting of Grace Coolidge by Howard Chandler Christy, which is still hanging in the White House China Room. He slept in the president's bedroom, enjoyed barking from the second story, and had a well-known hatred of squirrels. One heartfelt quote from Coolidge's autobiography about Rob Roy's passing reads, "So although I know he would bark for joy as the grim boatman ferried him across the dark waters of the Styx, yet his going left me lonely on the hither shore."

Fido is arguably the most famous presidential dog to never live in the White House. Lincoln's mutt is also one reason "Fido" is such a common dog name today. During Lincoln's fledgling political career, Fido would follow him around town, while he ran errands and spoke with locals. However, Fido didn't take well to being a presidential pet, and became stressed by the sizable crowds, constant traveling, and loud noises that accompanied his newfound fame.

Before moving into the White House, the Lincolns found Fido a new home. When Lincoln found the right match, he gave Fido's new pet parents a set of rules, which included never leaving him tied up alone, and to never tell him off for having muddy paws in the house. Lincoln even gave the new family his sofa, which Fido liked to hide under whenever he became scared.

Laddie Boy the Airedale Terrier was one of the first presidential dogs to receive regular press coverage and was an important fixture of Warren G. Harding's presidency. Not only did Laddie Boy feature as the poster boy for Harding's "Return to Normalcy" presidential campaign slogan, he also had his own specially made chair for cabinet meetings. He also often greeted official delegations to the White House.

It wasn't all politics for Laddie Boy, as he would often accompany Harding while golfing, retrieving balls which had hit trees. When it was Laddie Boy's second birthday, he was given an extravagant cake made of dog biscuits. It's said Laddie Boy howled for three days straight in the lead up to Harding's death in 1923.

Murray the Outlaw of Falahill, commonly known as Fala, is one of the most famous presidential pets of all time. FDR's friendly Scottish Terrier, Fala rarely missed a press conference or cabinet meeting, always sitting dutifully by the president's feet. Fala would also sleep on the president's bed and would get a special bone for breakfast each morning.

One reason Fala was so famous was because of his antics. Fala was notorious for wandering off, and he was once found in downtown Washington outside the Treasury. Fala also escaped a Navy vessel and came back missing chunks of hairs. Sailors had clipped off chunks as a souvenir. Fala was so popular during FDR's presidency that they had to hire him a press secretary to sift through his fan mail.

Similar to Calvin Coolidge, Teddy Roosevelt was known for having a menagerie of animals during his stay in the White House, including Josiah the badger, Maude the pig, and Bill the spotted hyena. Despite having such a fascinating array of animals, Pete the Bulldog was Roosevelt's most famous pet.

Pete was famous for his bad temperament, and would regularly kill squirrels and nip at the ankles of White employees and visitors. During one famous incident, Pete chased the French Ambassador around the White House, garnering major media attention. Pete was eventually exiled from the White House and sent to live at the Roosevelt family home.

This Cold War canine is famous for helping relations between the US and the Soviet Union. Pushinka (which means "fluffy" in English) was the daughter of Strelka, the first dog to orbit the planet aboard Sputnik 2. The Soviet premier, Nikita Khrushchev, gave Pushinka as a gift to Kennedy's daughter, Caroline. It's said that Pushinka arrived in the US at 6 months old and even had her own passport.

It took awhile for Pushinka to win over the public, but the pint-sized pup soon won the nation's hearts. She also won the heart of Caroline's Welsh Terrier, Charlie, and the two White House woofers had four puppies together.

The most recent presidential pooch, Bo the Portuguese Water Dog, warmed plenty of hearts during Obama's time in office. Bo's original name was "New Hope" after Obama's campaign slogan. When the Obamas moved into the White House, Senator Ted Kennedy gave Bo to Barack's daughters, Sasha and Malia. The Obama's changed his name to Bo in remembrance of Michelle's father, whose nickname was "Diddly".

Bo, along with his sister Sunny, regularly traveled around the country with the Obamas aboard Air Force One and attended ceremonies at the Oval Office. Bo became so popular he'd often be the center of attention at official functions. He even featured in Obama's 2012 reelection campaign. He had his own range of merchandise and has several children's books written about him.

Is your favorite presidential pooch missing from this list? Let us know in the comments or on social media @wag!