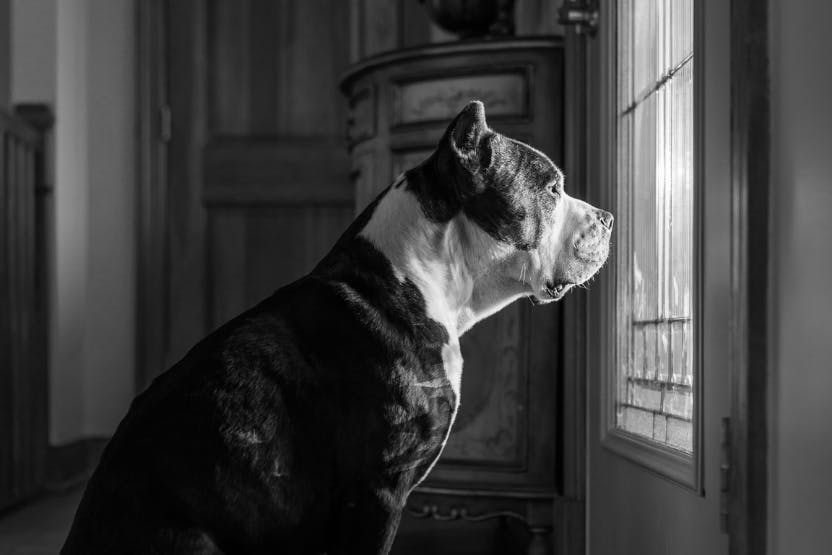 In January 2021, the city of Denver officially lifted a ban on Pit Bulls after more than 30 years. Animal rights activists are working to overturn similar laws in other cities, too.

Are Pit Bulls banned in some states? Breed-specific legislation is typically enacted at the county or municipal level. Currently, no state outlaws Pit Bulls entirely, although some of America's biggest cities still enforce bans and restrictions.

Which states allow Pit Bulls? Are Pit Bulls illegal in major US cities like NYC and LA? Keep reading to find out!

States that prohibit bans on Pit Bulls and other breeds

According to the Animal Legal and Historical Center, 9 states prohibit local governments from enforcing breed-specific legislation as of 2021:

*Florida's law only applies to ordinances passed after October 1, 1990.

Some other states, like Hawaii, don't prohibit breed-specific legislation. However, no such legislation currently exists within the state.

Major US cities with bans and restrictions on Pit Bulls

Since 1990, it's been illegal to buy, keep, or bring Pit Bulls into Miami-Dade County. Violating this law could result in hefty fines or the dog being euthanized.

In San Francisco, it's Illegal to keep an unspayed or unneutered Pit Bull. Pet parents planning to breed their Pit Bulls must get a permit from animal control.

Residents of North Chicago must obtain a Pit Bull Kennel License from the city, which costs $500. Pet parents can have a maximum of 2 Pit Bulls, unless they receive written permission from the local animal warden.

The city doesn't enforce any bans or restrictions on Pit Bulls. However, the New York City Housing Authority bans Pit Bulls, Dobermans, and Rottweilers from all its properties.

While the District of Columbia doesn't enforce breed restrictions, neighboring Prince George's County in Maryland bans Bully breeds. While local activists are trying to change this law, the county council upheld the ban in 2019.

Why do some cities ban Pit Bulls?

Certain large dog breeds like Pit Bulls, Dobermans, and Rottweilers have a bad rap for being "aggressive" by nature. We're sure most pet parents will agree that there's no such thing as an "aggressive" breed.

It's not fair to paint all dogs of a certain breed with the same brush — especially when harmful training tactics like negative reinforcement can cause dogs to become aggressive.

Fear of Pit Bulls spread throughout the US after Time Magazine published a cover story titled "The Pit Bull: Friend and Killer" in the late 1980s.

The story asked if Pit Bulls were really as lovable as Pittie lovers claimed, or were they "a vicious dog, unfit for society?" This created stigma that led people to surrender their Pit Bulls to shelters and cities to enact breed-specific legislation.

Fortunately, animal rights activists and doting Pibble parents are working hard to repeal breed-specific laws and change public opinion. (We've covered this in more detail in our article on the history of Pit Bulls.) Even if certain breeds, like the American Staffordshire Terrier, were originally developed to fight or hunt, every dog is unique.

How to raise a well-mannered Pittie

Ever heard that saying, "There's no such thing as a bad dog, just a bad owner?" It holds true, especially when it comes to Pit Bulls. Here are 3 ways to ensure your Pittie grows up to be a well-mannered mutt!

If you're training a Pit Bull puppy, you'll need to know some canine psychology basics. Don't have the time to do your homework? Consider enlisting the help of a professional dog trainer, preferably one who specializes in training Pit Bulls.

Provide a range of mentally and physically stimulating activities.

Pit Bulls are smart, active dogs who need a variety of activities to stay sharp and fit. Playing the same game of fetch every day isn't gonna cut it! Let your Pittie try their paw at a range of activities, like agility courses and puzzle toys. Choose activities you can enjoy together, which leads us to our next tip.

Give your Pibble "pawlenty" of attention.

Pit Bulls love being the center of attention! They don't like being alone — they're happiest and healthiest while spending quality time with their pet parents. Pit Bulls that don't get enough affection from their families may resort to destructive behaviors like chewing and digging.

Pitties are "adora-bull" dogs who deserve to be treated fairly. Got questions about your Pit Bull's health or laws in your state? Chat with a vet now for a prompt reply.

I was hoping you’d consider making a correction/ clarification in your story. I believe you may have made a common error in geography. North Chicago is a small suburb (population 30k-ish) located 30 miles north of the city. It is NOT Chicago.

Hilarious you think you would have time to get to a concealed anything by the time my pit had his teeth around your throat. Glad you have that false sense of security.