Hi! My name is Moira, and I would absolutely love to walk your pup! I have multiple years experience with dog walking and boarding in my home. I also work at a dog daycare for four years now. Dogs are my life and love every second I spend with them. I also own and raised my boy, Tyson, who is now a year old.

“I’ll give your dog a kind and safe walk!”

Hello! My name is Kyle and I am an actor living in NYC. I joined Wag in hopes to spend more time outside (since most of my time is spent in a theater) while getting to walk dogs and save a bit more money. I grew up on a farm with animals of all shapes and sizes/dogs of my own, so my love and understanding of animals is vast! I hope I can help you make sure your dog gets the fresh air and exercise it needs!

Hello, my name is Emily Carranza. I am currently a senior at Quinnipiac University. I have been walking dogs since I was very young and have trained dogs for many years now. I absolutely love and enjoy getting some exercise in while doing something I love (walking dogs). I will always be attentive and caring of your pups when I take them for walks. I can ensure you that your dog is safe with me and will most likely get spoiled in the process! I promise that your dog will never be disappointed!

Hello good day my name is Julissa. I am a pet parent myself and know how important it is to constantly go for walks. I am excited to to succeed in my dog walking experience. Does your days go fast and are in need of a walker for your furr friend? Count me in, I am here to give a helping hand.

I began working with dogs at age 14 at a local dog boarding facility. Since then I have worked for an animal rescue organization and have done dog walking, and pet sitting. I've done overnights in clients home caring for their pets as well.

Hello! My name is Meg and I am a 26 year-old college graduate and a proud dog mom. I have been working with pets for ten years, have worked at two animal rescues and I am also a certified dog trainer. I have truly met and worked with every type of dog! I know how important it is to treat your dog like family and promise to always go above and beyond to do just that.

Hey there! My name is Erin, and I am the proud owner of a beautiful rescued lab, who thinks she’s a person, named Raven. I have been an animal lover my entire life, and have always adopted my animals from rescues. I have experience handling and owning a variety of animals, from small animals including doves, chickens and rats, to large animals including horses and cows. My experience growing up and working on horse farms has provided me with quite a bit of veterinary first aid experience.

Hi! My name is Audrey and I currently am a college student with a lot of time in between classes! I have volunteered at my local dog shelter to help out and walk dogs, and I have 2 dogs of my own at home that are rescues. I love running or walking so hopefully I will be able to get in some excercise along with your dog! I can’t wait to meet you and your dog! 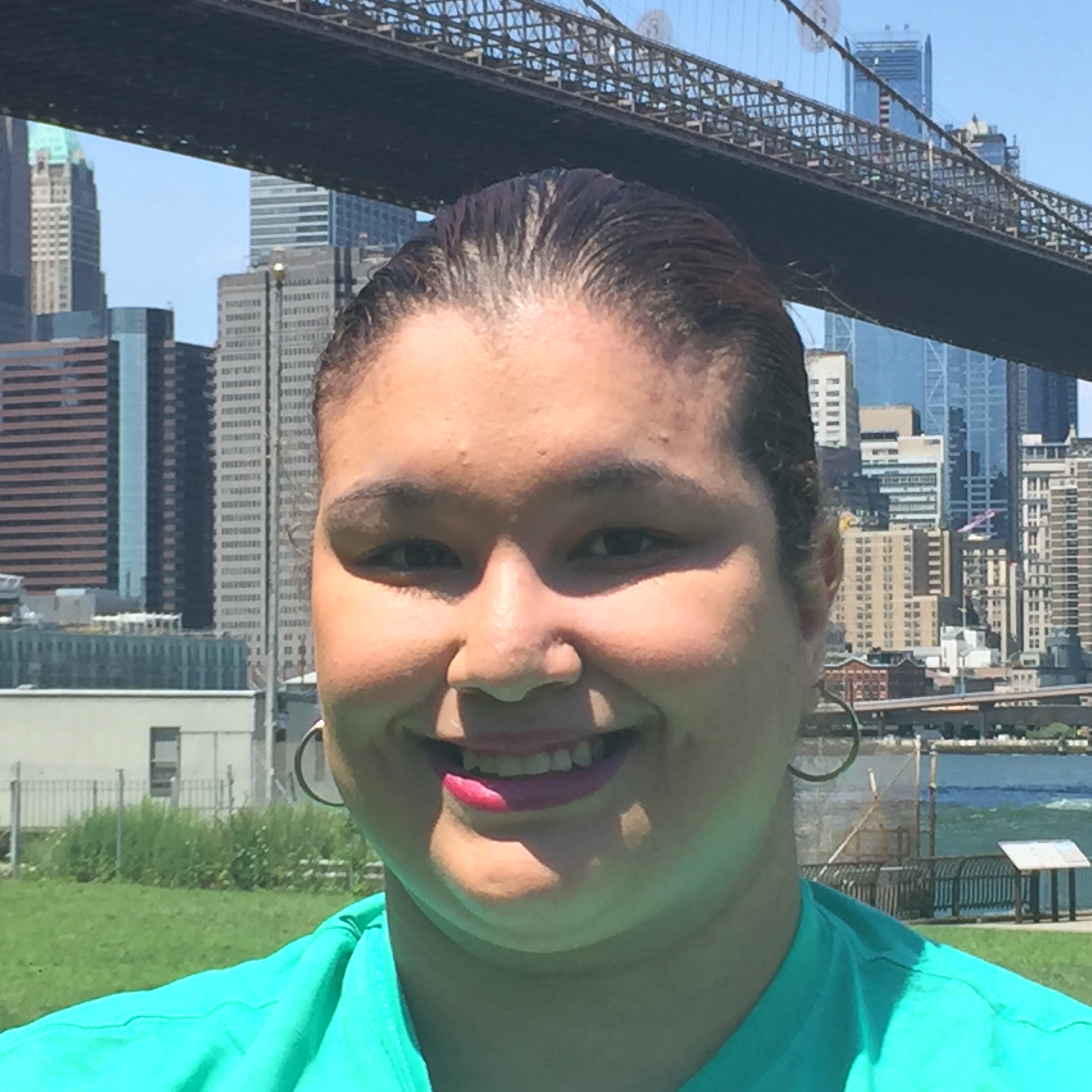 Hi! My name is Amanda. I was born and raised in New York City. I have had a poodle and a pitbull while growing up so I am familiar with dogs of all sizes and ages. I look forward to walking your dog next!

Hi I’m Gabby! I live in Danbury, CT and I am a nurse. I have been walking dogs for 2 years. I am a dog mom myself. I have a 7 year old beagle-mix named Ella Fitzgerald :)

New Milford, Connecticut is a small town located on the Housatonic River in the westernmost part of the state. There are many recreational opportunities in New Milford, which also contains portions of the Apestuck River, the Still River, and Lake Candlewood.

In fact, the local dog park is named after Lake Candlewood. The “Candlewoof” Dog Park was opened in 2010 after much hard work by a local non-profit, composed of pet lovers who wanted to create a safe, fun space for dogs to play off-leash. The park is open from sunrise to sunset daily. It is located in the field behind the John Pettibone Elementary School. Amenities include doggie bags and agility equipment.

Interested in a more strenuous hike? The Housatonic Range Trail ends in New Milford, on top of Candlewood Mountain. The six-mile path begins in Gaylordsville and meanders through beautiful woodlands, scenic outcroppings, a small cave, and large rock formations. Part of the trail even runs through a naturally occurring tunnel, although there is a side trail since the tunnel may be overwhelming to claustrophobic humans or nervous dogs.

For less intense hiking, try the Baldwin Park nature paths or the 140-acre Lovers Leap State Park, which both allow on-leash dogs. The state park has several scenic trails that are good for longer trips.

New Milford’s Candlewoof Dog Park is located at 44 Pickett District Road and has two fenced grassy areas for dogs to romp, woof, and sniff. There is a large dog area, and one for smaller dogs. The park provides doggie disposal bags. The park is open from sunrise until sunset. The large dog area has pieces of agility equipment. The park is owned and operated by a nonprofit organization which is staffed by volunteers. Those that wish to use the dog park should read the rules which are posted on the website. Also in the City limits is the dog-friendly Tivoli Restaurant. This Italian restaurant, located at 7 Main Street, has outdoor tables so a dog doesn’t have to leave his companion at dinner.

Thirty-five miles to the southeast of New Milford is the Shelton Dog Park. This dog park is located at 320 Nells Rock Road. There are two fenced areas for dogs to play and socialize off leash. This dog park has a grass and dirt surface, and uses some artistry in its landscaping that is both beautiful to the eye and useful to the paw. Rocks form a bone shape, and dogs are able to maneuver through the obstacle course. The park abuts some trees that provide some shade on a hot day. Decorative red benches let human companions rest and socialize while supervising their friend at play.

Sixteen miles south of New Milford is the City of Danbury, home of Richter Park. This lovely little park has some nice walking trails for an outing on leash. Also in Danbury is the Danbury Dog Park, located at 76 Miry Brook Road. This ddg park has two grassy and fenced areas for dogs to get some exercise off-leash. There is almost no shade, and no place to sit. Water is available on-site. Before leaving Danbury, stop in at the Market Kitchen and Bar. This dog-friendly restaurant provides outdoor dining, and welcomes you and your canine companion. The restaurant is located at 33 Mill Plain Road.

Twenty-four miles to the northeast of New Milford is the Sunny Brook State Park, located in the City of Torrington. This State Park has over 400 acres of wooded and pasture terrain. Dogs are supposed to stay on-leash in the park, but don’t be surprised if you see some breaking the rules. Still, you should be a polite guest. Keep Fido on leash, and clean up after him. The State Park has miles of marked trails, and is a great location for fishing and for having a picnic. A stop at the dog-friendly Torrington Carvel on Main Street completes the day with a sweet dessert of ice cream or cake in one of the outdoor dining areas.

Bristol is a 38-mile drive from New Milford. It is an outing for a day off with your best buddy. Bristol is home to Rockwell Park which is located at 29 Park Hill Road. This park includes a fenced in dog park built on a hillside. The name of the dog park is B.A.R.K. and it includes one area for small dogs, and one for the big guys. This scenic dog park is built among the trees, and benches are provided here and there for the human companions. This dog park does not have water, and you need to bring your own cleanup supplies. All dogs will appreciate a good romp among the trees, but the slope can be hard to navigate for people.