How to Protect Your Dog from Bears 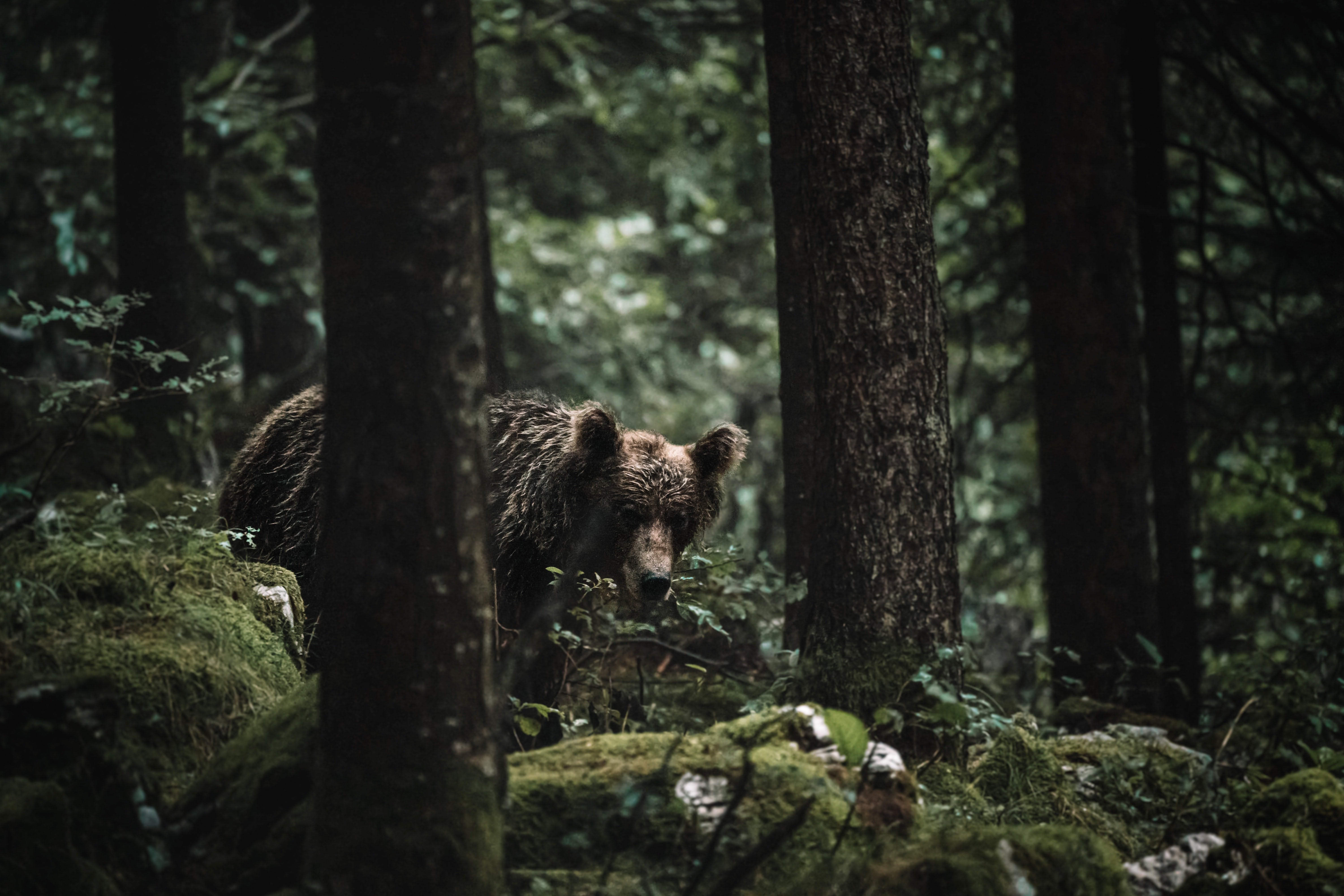 Bears are one of North America's top predators, so it's essential to know how to keep your fur-baby safe from these powerful animals, whether you're at home or on a hike. There are approximately 330,000 bears in the US — 300,000 black bears and 30,000 brown bears. While your chances of bumping into a bear are very low, you should still learn how to protect your furry family.

If you're visiting bear country, read on to find out about how to protect your dog from bears.

Are bears scared of dogs?

Despite being large apex predators, bears are usually scared of dogs. Even the smallest breeds, like Chihuahuas, have been known to scare away bears by barking. However, bears tend to ignore fenced-in or tethered-up dogs, as they recognize the dog doesn't pose a threat.

Will bears run from dogs?

Yes, bears do run from dogs. In fact, people often train their dogs to chase bears as a non-lethal deterrent to keep bears from populated areas. For example, if a bear frequents a populated area in a park, a ranger may trap the bear and have a dog bark at the bear for a couple of minutes before releasing the bear. Being charged or barked at by a dog is usually enough to stop the bear from coming back.

Using dogs as a bear deterrent is so popular that there's a breed specifically for this task. The Karelian Bear Dog is a primitive mid-sized hunting dog bred to chase cougars, lynx, and bears. While chasing bears seems cruel, doing so keeps hundreds of bears from being killed each year.

Which bear species poses the biggest threat to my dog?

There are 2 species of bear native to the US: the brown bear and the black bear. (Grizzly bears are a subspecies of brown bear.) You and your pup won't want to encounter either species, but does one pose more of a threat than the other?

In fact, one of the easiest ways to tell these species apart is by their shoulders. A brown bear will have a defined hump between the shoulder blades. Black bears also tend to have flatter faces and longer, pointier ears.

In general, black bears are considered to be the more dangerous species. Most bear attacks happen when a bear is surprised in close quarters. As black bears tend to live in wooded areas and brown bears live in open landscapes, the chances of surprising a brown bear are much lower. Additionally, black bears are 10 times more common than brown bears.

How much does it cost to treat a dog with injuries from a bear attack?

While bears are more likely to flee than fight a dog, a bear attack is potentially life-threatening to your pup. It's common for bear attacks on dogs to end in death. Bears can have 4-inch claws and enough bite force to crush a bowling ball.

Usually, if feeling threatened, a bear will take a probing swipe at a dog, potentially causing serious injury. Bears have 5 claws on each foot, so you may be able to identify a bear attack by the number of lacerations. That said, telling the difference between bear, coyote, and cougar attacks can be tricky, as the severity of injuries can vary significantly.

Treatment of bear attacks can range from stitches to surgery. Your vet will likely prescribe antibiotics as well to kill any bacteria left behind. The average cost of treating a bear attack on a dog can range anywhere from $100 to $2,000.

How do I protect my dog from bears on a walk?

People and pups most commonly encounter bears while hiking. If you're walking through an area populated with bears, keep your dog on a short leash. Avoid hiking alone, and bring at least 2 other people with you. You should also avoid taking your dog hiking at night or around dusk or dawn, as these are times when bears are most active.

You'll often spot a bear before they spot you. If a bear hasn't seen you, walk away quietly. Don't run, as the bear may mistake you for prey. Bears can run at 30 miles per hour, so they'll easily outrun you and your dog.

If the bear does spot you, keep a distance of at least 15 feet and try to go back the way you came. If you're too close to the bear, stand up straight and make yourself big. Don't make eye contact and talk in a calm assertive tone. Back up slowly and get you and your dog to a safe distance.

Bear mace and bear horns are effective, non-lethal deterrents. If you're hiking in bear country, consider purchasing one or both of these before setting out. Using bear spray is the best way to protect yourself if a bear charges at you.

Bear attacks against your pup can be expensive to treat.

How do I protect my dog from bear attacks?

There are several steps you can take to keep your dog safe from bear attacks. Remember that bear attacks are rare — taking some precautionary measures should mean your dog never encounters a brown or black bear.

Don't come between a mother bear and her cubs

One of the most dangerous bears you can encounter is a mother bear and her cubs. Adult bears are shy and won't generally approach humans; however, a cub may approach people and dogs. This may cause the mother bear to become defensive, putting your dog in a dangerous position. If you see a bear cub, keep your distance.

Don't leave your dog outside at night

Bears are more likely to visit areas with lots of humans at night when they're less likely to be spotted. If you leave your dog outside at night, there's a higher probability of them encountering a bear. Bringing your dog in at night will limit the chances of a bear attacking your dog.

Large and medium-sized breeds are less likely to be attacked by bears. A small dog may be seen as prey to a desperate or opportunistic bear. If you live in an area that bears frequently visit, don't leave your small dog outside unsupervised.

Avoid leaving food outside, as this will attract bears. If you feed your dog outside, start feeding them inside. Ensure you don't leave any human and/or dog food lying around outside. Consider purchasing a bear-proof garbage can to prevent bears from rifling through your trash.

Don't rush in to save your dog during a bear attack

If a bear is attacking your dog, don't rush in to separate them. Doing so will put your life at risk and may make the bear panic, which could worsen your dog's injuries. Instead, try to distract the bear by waving and making noise. You could also try throwing something at the ground or even spraying the bear with a water hose.