What is Plum Poisoning?

Plums are grown on large shrubs or small trees with pretty white flowers similar to apple blossoms. The fruits can be up to six inches around and vary depending on the species, which can range from yellow to black. Each fruit contains one large seed, which contains the toxins, hydrogen cyanide, amygdalin, prunasin, and cyanogen. If the seed (pit or stone) is eaten whole, the acids in the intestinal tract will dissolve it and release the toxins into the bloodstream, spreading them through your dog’s body.

Plums are one of several fruits that contain hydrogen cyanide, which is extremely toxic to dogs if eaten. The highest concentration is in the plum pit, but there is also a substantial enough amount in the foliage and roots to cause gastric irritation and possible respiratory distress if eaten. There are several other toxic substances in the plum, such as amygdalin, prunasin, and cyanogen. These can all cause symptoms similar to cyanide, which slows the oxidative process and destroys blood cells, causing respiratory arrest. If your dog is suffering from plum poisoning, you will likely notice vomiting, tremors, difficulty breathing, and it can be fatal within an hour if not treated right away. 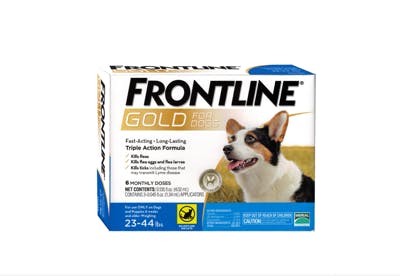 Symptoms of Plum Poisoning in Dogs

All parts of the plum plant contain hydrogen cyanide, including the leaves, stem, roots, and the plum pit. This toxin stops the cell respiration as a non-competitive inhibitor for an enzyme in the mitochondria that is referred to as cytochrome c oxidase, causing asphyxiation in the cells. There is plenty of oxygen in the blood, but the cells do not know how to use it. The end result without treatment is respiratory collapse and death, but the most common symptoms are:

Causes of Plum Poisoning in Dogs

Diagnosis of Plum Poisoning in Dogs

It is essential that you take your pet to see a veterinary professional immediately if you even suspect plum poisoning because death can occur quickly. Do not wait to call your veterinarian to make an appointment; go to the nearest animal clinic or veterinary hospital right away. This is a life-threatening emergency that must be treated without delay. The veterinarian should be able to confirm plum poisoning by looking at your dog’s gums, which will be bright red or pink due to the highly oxygenated blood.

While your pet is being treated for plum poisoning, the veterinarian will do a complete physical examination, check vital signs, weight, reflexes, breath sounds, abdominal palpation, and oxygen level. In addition, any necessary laboratory tests will be done such as a blood urea nitrogen (BUN), complete blood count (CBC), packed cell volume (PCV), urinalysis, and a serum biochemical profile to look for elevated ammonia and amino acids which are classic confirmations of cyanide poisoning.

Treatment of Plum Poisoning in Dogs

With plum poisoning, the veterinarian will start treatment right away, before any kind of testing can be done. The priority is to get the cyanide and other toxins out of your dog’s system before the liver becomes overloaded and seizures damage the brain.

Either sodium nitrite or methylene blue will be administered through intravenous (IV), which will promote methemoglobin formation in the blood. This will mix with the cyanide and create cyanomethemoglobin, removing the cyanide from the blood. If this does not work right away, the veterinarian may consider thiosulfate, which promotes the formation of rhodanese-catalyzed thiocyanide and rids the body of the cyanide.

Hospitalization is always necessary for at least 24 hours to monitor your pet and treat any complications. During hospitalization, the veterinary staff will continue to observe your dog, and provide oxygen, fluids, and other necessary care during recovery.

Recovery of Plum Poisoning in Dogs

Your dog’s prognosis depends on how many plum pits your dog consumed, the timeliness of the therapy, and how well the treatment goes. If you were able to obtain  treatment for your pet right away, chances of recovery are good. Your dog may spend several days in the hospital and will need careful monitoring and plenty of rest when you get home.

*Wag! may collect a share of sales or other compensation from the links on this page. Items are sold by the retailer, not Wag!.

Thank you for your question. Your dad is a fairly good-sized dog, so that plum seed may pass uneventfully. The risk is that it will form a foreign body and it will not pass through intestines. It would be best to watch her for the next day or two for any signs of vomiting, diarrhea, lethargy, or loss of appetite. If she shows any of those signs, she needs to be seen by a veterinarian right away. I hope that all goes well for her.

Hello, my hungry dog found a plum pit on the floor and i’m concerned that something bad will happen knowing that dogs can’t have pits of any sort. i don’t live anywhere close to a vet and it’s late at night. what can i do if my dog is in danger? please help.

Thank you for your question. The biggest potential threat from a plum pit is an intestinal obstruction. You have a fairly large dog, and he may be able to pass the pit without incident. If he is not showing any signs of discomfort at this time, you should be fine to monitor him closely until he passes it. Any signs of vomiting, diarrhea, lethargy,.loss of appetite, or abdominal pain would mean that you should have him seen right away by your veterinarian. I hope that all goes well for your dog!

My dog ate a plum pit, how worried should I be?

Hello, These are very toxic to dogs. If your dog ate one, it would be best to take him to the vet. They can cause him to vomit these right back up and hopefully decrease the toxicity. These will cause GI and respiratory issues. Your vet can help your dog with this toxic exposure. I hope your dog starts to feel better soon.

My dog eats absolutly everything off the ground and as a reasult he regulary get an upset stomache. I have changed his food a couple of times and have found a food that best suits his digestive system. However, when we return home (most weekend) he seems to get very bad diarrhea and seems lathargic. I had not head of plum poisoning before but he does regulary chew up and eat multiple plum stones that fall off the tree. Do you think this could well be the cause? If the toxin is hydrogen cyanide, could I use sodium nitrite found in plant fertaliser as a detox?

You should prevent Olympus from eating plums by restricting access to the area where the plums are; ingestion of plums may cause some gastrointestinal upset but in large quantities, chewed stones may cause more severe symptoms. You should visit your Veterinarian for an examination to be on the safe side if a large quantity is consumed, I cannot recommend the use of sodium nitrite or any other treatment from non-approved sources. Regards Dr Callum Turner DVM

My dog was in the backyard with me and I through the pit of a plum to get it away from him and he ate it. He is not showing any symptoms but it has only been like 15 minutes. I am so worried. What do I do?

My dog ingested a slice of plum that I had prepared for myself before the doorbell rang. She only ate one thin, round slice and it was unripe. I'm a tad worried although this happened about an hour ago, she has no symptoms. Will my puppy be Alright? Thanks much!

Thank you for your email. That small amount of the actual fruit of the plum should not cause signs of toxicity, as it tends to be the pit and leaves that are more toxic. If she starts vomiting, having diarrhea, or showing any signs of respiratory distress, she should be seen immediately by a veterinarian.

My parents were over and made themselves a fruit salad, a plum being included in this fruit salad. While my dad was making it the plum stone fell on the floor and my pug instantly ran over and gobbled it whole. I googled it to see what I needed to do and came across this article. Which has contributed to saving his life. We live very close to our vets and so took him within 15 minutes and they administered a drug to make him sick, and he brought it up. The vet had advised it was likely it would come up if was dealt with within 3 hours and it was lucky he hadn't chewed the stone and that we hadn't left it as it would of started to break down releasing the toxins. We are in the UK and the bill was £140 - for the check over, the injection to make him sick, as well as another injection to stop the sickness. He had no symptons as we had it seen to before any could develop, the vet had told us before the sickness drug was administered that if it didn't work they would have to operate to remove the stone.

How can we help your pet?