7 New Dog Park Etiquettes You Should Know About Today 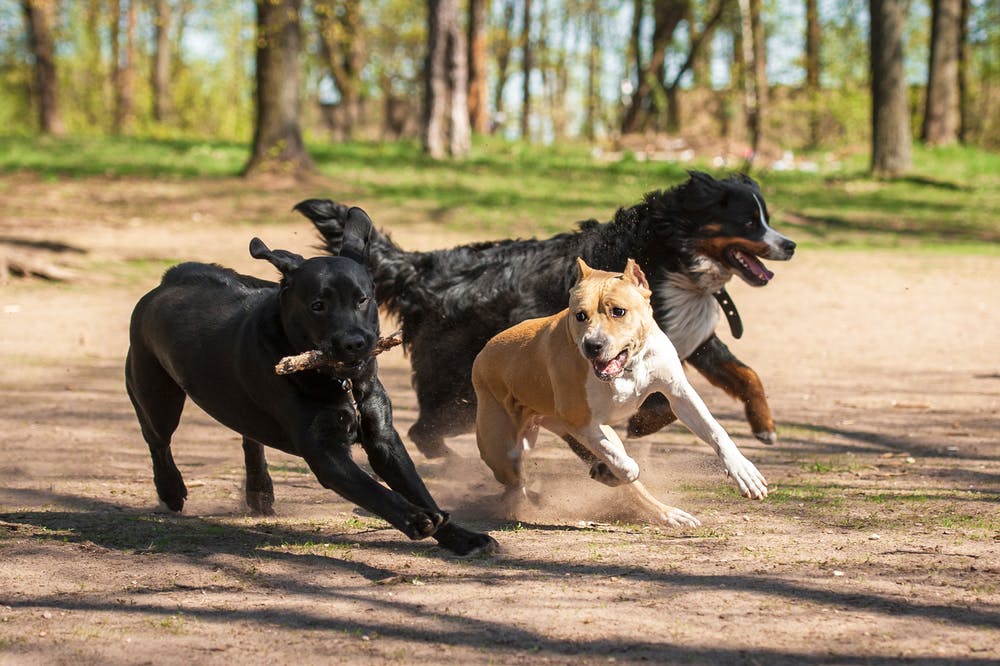 Following dog park etiquette isn’t just to avoid embarrassment. Obeying park rules and taking precautions can help your dog (and others) avoid injury and illness too. These 7 dog park etiquettes will ensure you never have a dog park "faux paw" again and maybe even make you a favorite dog park patron.

Pay attention to your dog

The first rule of the dog park is to pay attention to your pup — this means don't play on your phone or pull out a magazine. Things can happen in an instant; all it takes is one second for a fight to break out or for your dog to bolt.

Use your time at the dog park to bond with your pet and watch how they socialize with other dogs. Taking the time to be present will make the trip more enjoyable for you and Fido both, and give you the opportunity to brush up on training skills.

Pick up your pup's waste

Signs are posted everywhere, yet the most common complaint of paw park patrons is that park-goers don't pick up their dog's poop. Besides being gross, poop can contain parasites that are easily spread to other dogs either by walking on it or eating it. Have your bag at the ready while you're in the off-leash area. No one wants to pick up your dog's poop, so do your part and clean up after them.

We know. It's a bummer having to leave your pup behind on a park trip, but it's simply not worth the risk. The park is unsafe for dogs that are too young to be vaccinated. Pups without their shots are at high risk for parasites and preventable illnesses like parvo. Bringing your puppy can even endanger other dogs since puppies are notorious carriers of worms.

Have your canine vaccinated

That leads us to number 4 — vaccinate your dog. Parvo spreads quickly from soil contaminated with infectious poop. Parvo is a serious illness that can cause rapid dehydration and death in young dogs. Respiratory viruses like kennel cough are another danger that can lurk in the dog park. Protect your pup and others by vaccinating them against these preventable illnesses.

Give your pup a flea bath before and after you go

The last thing you want is for your dog to be the reason another dog has fleas. Besides being an itchy nuisance, fleas can transmit tapeworms. Keep the flea population down by giving your woofer a flea bath before and after you go to the park. The furry park patrons will thank you!

Never bring a female in heat to the dog park

Females in heat can spell big trouble at the dog park. Estrus often causes male dogs to act aggressively, and of course, unwanted mating can occur. It's best you keep your pup at home when they're in heat. Heat cycles only last for a few weeks, so your woofer won't have to miss out for long.

Keep your pet away from the gate when dogs are coming or going from the enclosure. It's easy for pups to make a quick escape when the gate is open, but there can be other issues as well. Dogs tend to congregate around woofers as they enter an enclosure, but these enthusiastic greetings aren’t always welcome.

Consider how scary it would be if you were swarmed by a mob of excited people when entering a store. As you would imagine, this is the same distressing feeling pups get when arriving at the park. Prevent fights or scared park-goers by keeping Sparky away from others until they acclimate.

Here are some more things to keep in mind at the dog park.

Keep the collar on Fido and a leash in hand

Keep Fido's collar or harness on during your time in the off-leash area and have your leash nearby too — this will allow you to get ahold of Spot if they get loose or a fight breaks out.

Leave the little kids at home

Secondly, leave the littles at home. Bringing kids is risky due to the potential for dog bites or falls due to holes made by the furry park-goers. Most dog parks don't allow children under 12 to enter the off-leash area anyway, so it's best to leave the kiddos at home until they get a little older.

If your dog ordinarily wears a spike or metal collar, be sure to replace it with a regular collar before heading to the dog park. Sure, they look cool, but metal and spike collars can seriously injure other dogs while playing.

Now you know the new dog park etiquette! Remember to keep your pet at home if they're unvaccinated, have parasites, or are in heat. Have your pup under physical or verbal control at all times and leave the kiddos at the house. Most of all, respect the park and other park patrons. If everyone respects park etiquette, it'll be a smooth (and safe!) experience for everyone!