The Buzz Around Service Dogs (and Why They're So Needed) 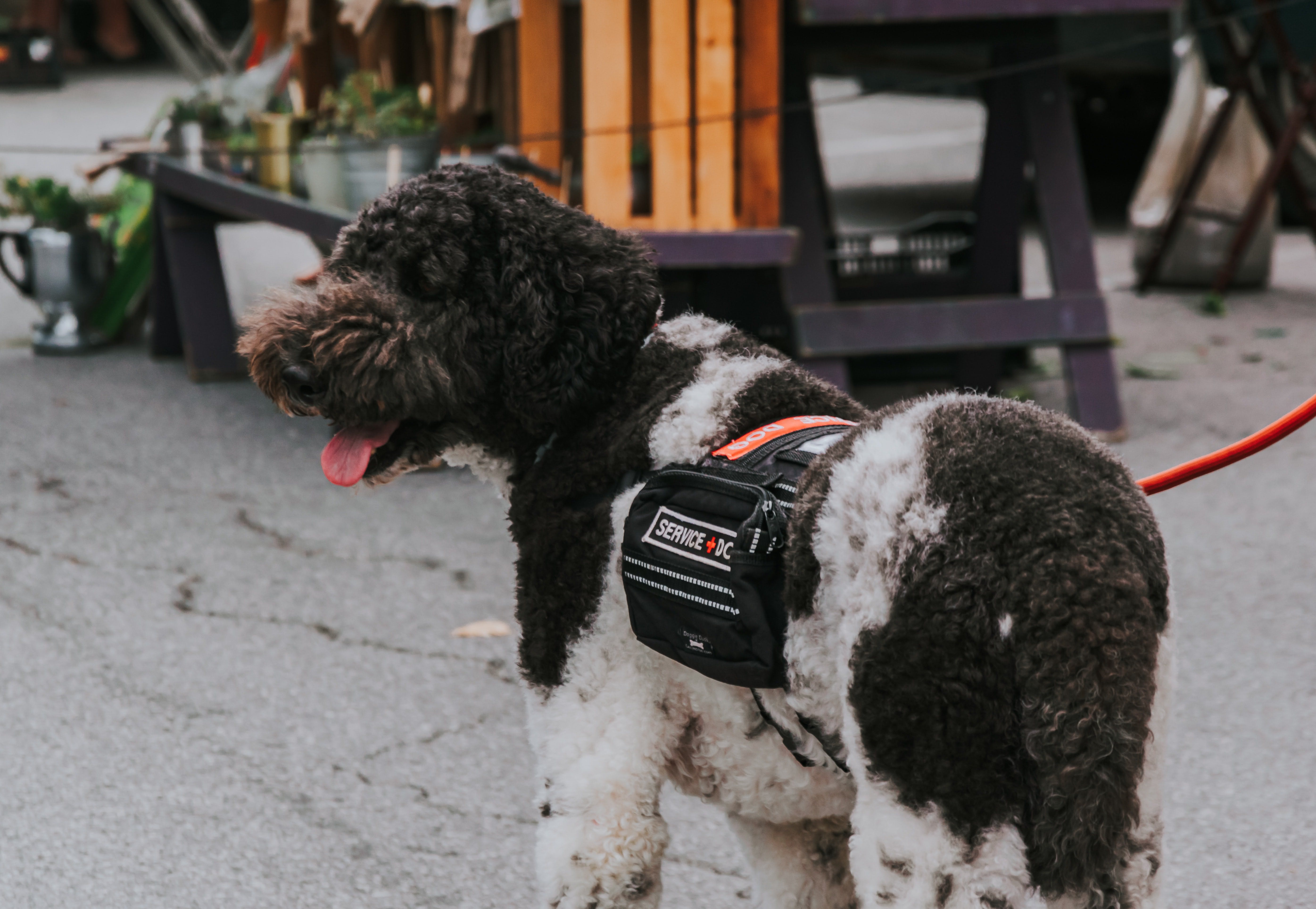 For pet parents, dogs are vital family members. They bring us joy, comfort us when we're down, and entertain us when we're bored. But for people with medical issues, dogs can be a key to independence.

Service dogs play many different roles, from assisting people with mobility issues to detecting high blood sugar in people with diabetes and seizures in people with epilepsy. These dogs are hardworking and have often gone through years of training to do their job. Needless to say, service dogs are an integral part of our society and rightfully have many of the same legal rights as people. So what's the story behind service dogs, and what do they do exactly? Read on to find out!

The history of service dogs is a long one. It's thought that service dogs date back to the prehistoric ages when they were used to help nomads hunt for food. As time went on, their functions expanded to herding livestock and guarding crops.

During the Civil War, dogs were appointed to soldiers and may have been the first documented emotional support animals — though they weren't thought of as such during that time.

The first official school for service dogs opened in Germany in 1916 to teach dogs how to assist combat veterans and the visually impaired. The school system expanded quickly throughout the nation. The school's founder, Dr. Gerhard Stalling, closed the school's doors after 10 years when the demand for the school's services grew so high that it couldn't keep up. Although the school no longer served the community, his idea set in motion a series of new service dog training schools all across the world.

It wasn't until 1990, with the American Disabilities Act (ADA), that service dogs became legitimized in the US. This groundbreaking law opened up a world of possibilities for people with disabilities. The ADA permits registered service dogs to assist their handler in any building that their handler is allowed, including housing that doesn't allow pets. This law also states that the handler and dog may not be isolated, denied service, or treated differently from any other patron. Today, the ADA is still in place, helping people with disabilities find independence with a little help from their furry companions.

Functions and tasks of service dogs

Now that we've covered the history and legality of service dogs, let's discuss their roles.

Each service dog undergoes specific training to assist with their handler's particular disability, so their functions can vary considerably depending on the person's needs. Below are just a few of the tasks service animals can be trained to do:

Judy, a Pointer and member of the British Royal Navy during World War II, is one of the most famous service dogs to serve in the military. She ushered soldiers to safety when the ship she was on sank and then helped them find fresh water when they were on land.

When Japanese forces captured them, the soldiers snuck Judy into a POW camp where she protected them from snakes and scorpions and let them know when enemy guards were coming. After many close calls during the war, Judy passed away in 1950 from a tumor. This fearless Pointer was honored with the PDSA Dickin Medal for her service in the World War.

Barry, a St. Bernard from the early 1800s, was a service dog before that term was ever coined. This fearless canine is said to have saved more than 40 people off Swiss mountain slopes during his time with the Great St. Bernard Hospice. Barry retired 2 years before his death and passed away at the age of 14. His remains were preserved and are on display at the Natural History Museum in Bern, Switzerland.

One of the most well-known service dogs of modern times is Sully, George H. W. Bush's emotional support animal. This beautiful yellow Lab served the former president during his battle with dementia. Sully was trained to help the former president with activities of daily living like turning on lights, retrieving items he needed, answering the phone, and calling for help in emergencies. When President Bush passed away and Sully's time serving him was done, mourners watched as Sully laid beside the president's casket at his funeral. As of 2020, Sully was still working and had a new job helping veterans at Walter Reed National Military Medical Center.

Border Collies: Are They the Best Shepherding Breed?

How Often Should My Dog Get Doggy Daycare?

Rough, Bearded, or Border? Which Collie is Right for You?

Top Destinations in Virginia to Visit This Holiday Season 2021

Top Destinations in SoCal to Visit This Holiday Season 2021

It's National Diabetes Month: 4 Sugar-Free Snack Ideas For Your Dog

Top Destinations in Oregon to Visit This Holiday Season 2021

Top Destinations in Arizona to Visit This Holiday Season 2021

What's the Difference between Doggy Daycare and Wag! Drop-ins?

Make This Smoothie For Your Next Doggy Daycare Client