Can Cats Get Pregnant by Multiple Partners? 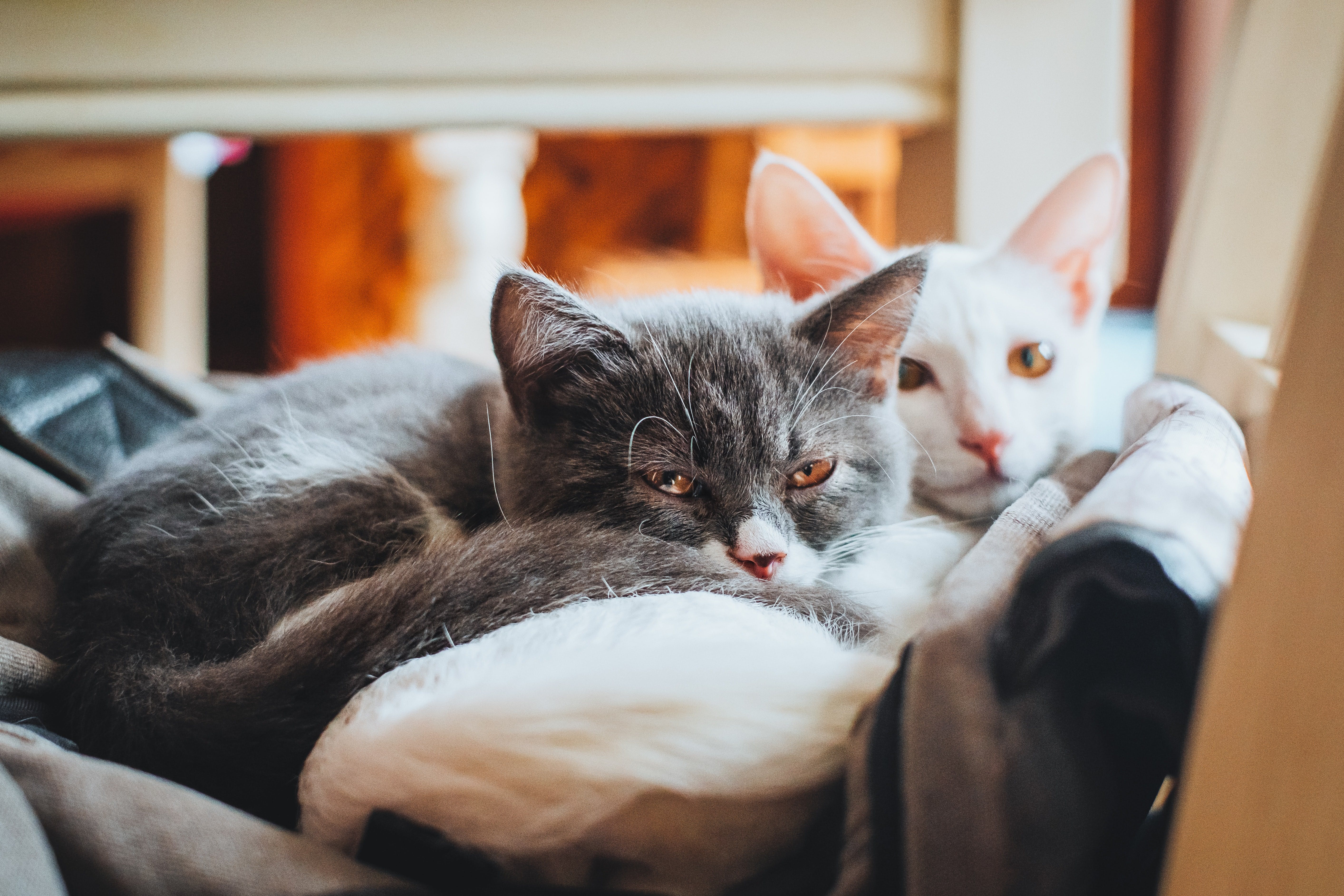 Kittens — is there anything better? "Pawhaps" the cutest critters on the planet, kittens are sure to brighten your day. Plus, there are few things more rewarding than helping your female feline raise their latest litter.

Unlike our canine companions, cats still have a lot of control over picking their mates. If you have an unspayed queen, they'll likely disappear one night while in heat and come back pregnant, with you none the wiser. However, when the kittens are born, you might be confused to find that they all have completely different colorations and personalities. How is this possible?

Can cats have kittens by multiple partners?

Yes, female cats can get pregnant by multiple partners. In fact, the number of fathers isn't limited to just two males. Queens can have as many partners as there are kittens. For example, if your cat has 3 kittens, each kitten could have a different father. The process by which cats have kittens by multiple partners is called superfecundation.

That said, kittens with the same father can look completely different. Toms carry dominant and recessive genes, changing everything from a kitten's eye color to the length of their fur.

Female cats are usually sexually mature by around 4 months old and can have kittens as soon as they enter heat. You'll be pleased to hear that male cats won't care if a litter has kittens from multiple fathers, as tomcats rarely stick around for parenthood.

Related: Why Are All Calico Cats Girls?

How do cats have kittens by multiple partners?

While cats can get pregnant by multiple parents, it's considered uncommon. When a female cat mates with a male cat, the sperm gets trapped in the female cat's reproductive tract, allowing the queen to become pregnant.

While in heat, a queen can release multiple eggs. Cats don't ovulate the same way as many mammals, including humans. Cats do not release an egg in preparation for fertilization. Instead, mating stimulates ovulation. This is known as an induced ovulator.

Queens in heat can mate with several toms over a few days while trying to find the best mate. As it takes around 2 days for an egg to travel to the uterus, a cat can get pregnant by multiple partners, as two eggs may get impregnated by different sperm attached to a queen's reproductive tract.

How can I stop my cat from getting pregnant by multiple partners?

When your cat is in heat, they'll show signs including yowling, rolling around on the ground, and presenting. If your cat is showing signs that they're in heat, consider keeping them indoors.