Do Male Cats Go into Heat? 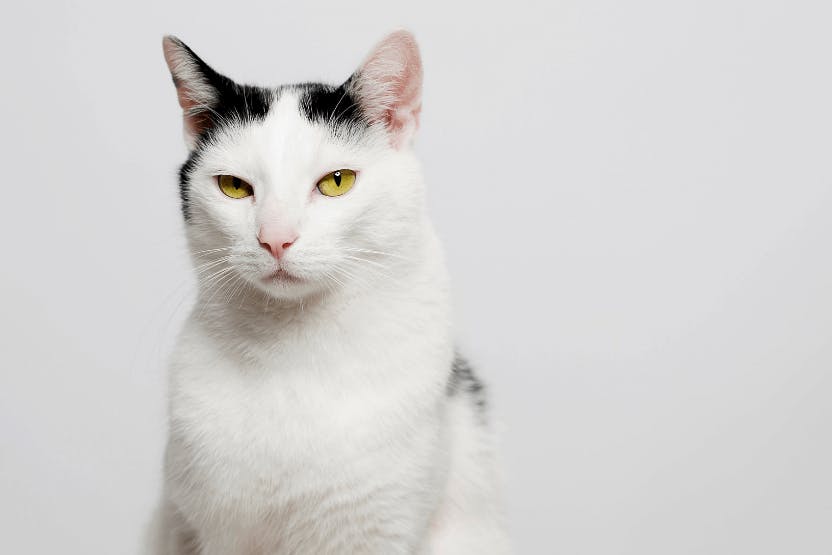 If you have an intact male cat, you're probably well-acquainted with the yowling that starts when there's an in-heat female nearby. It's common knowledge that female cats exhibit strange behaviors during their estrus cycle, but male cats often display unusual behaviors of their own.

These behaviors may lead pet parents to mistakenly believe their tomcat is also in heat, but this isn't the case. We'll explain what these unusual behaviors are, why they happen, and how to deal with them.

Do male cats go in heat?

Only female cats go in heat, but male cats often exhibit an array of strange behaviors once they reach sexual maturity. Some people use the term "in heat" to describe these behaviors — however, it's not a true estrus cycle, but rather a biological response to estrus in females.

Cats are very sensitive to pheromones and even have a special organ called the vomeronasal organ to sniff out these biochemical messages. Felines can learn a lot from these biochemical signals, like the other cat's age, sex, reproductive status, and mood.

Male cats can tell that a female is in heat just by smelling her cheek glands or the pheromones in her urine. The female doesn't even have to be present, either. Males can smell where the female has urinated hours or even days before and may exhibit mating behaviors even if the female is no longer around.

Most male animals (domesticated or otherwise) display distinctive behaviors when they encounter a female that's ready to mate. Some animals, like peacocks and giraffes, will do a mating dance to woo nearby females, while other species will perform a mating call. Male cats are no different. Here are some telltale signs that your unneutered male cat is ready to mate.

Pet parents may be alarmed when their cat starts yowling at all hours of the night. But chances are, if your cat's unneutered, this is a mating call to attract nearby females. In-heat females may respond to these vocalizations, which can cause the male's vocalizations to become louder and more persistent.

Roaming is a classic unneutered male behavior. When a male picks up on an in-heat female's pheromones, they will often set off in search of the source — sometimes traveling long distances to find their mate.

Roaming is an obvious cause for concern since felines may get lost, walk into traffic, or be picked up while on their quest. Indoor cats who don't have outside access may show their desire to roam by pacing, scratching at the door, or by trying to sneak outside.

An intact female can attract many males, and potential suitors often act aggressively to fight off the competition and win mating rights. Male cats may growl, hiss, and even attack nearby males when a female is around. Because of this reason, unneutered males may come home with lacerations and bite marks after these altercations.

Did you know the reason for your cat's spraying may be sexual? Male cats will often mark their surroundings with urine and pheromones to attract females and ward off other males.

Attempting to mate is an obvious sign that your cat is at the mercy of their hormones. Mating behavior may appear as a cat fight, as the male will pounce on, bite, and growl at the female. If the male can’t get to the female, they will sometimes perform mating behaviors on soft objects like stuffed animals or blankets.

Some pet parents find their intact male cats become more affectionate when there are females in heat nearby. However, this isn’t true for all cats.

How to deal with behavioral problems in male cats

Feline sexual behaviors can be frustrating for both pet parents and other household pets. Here are a few different ways to address these unwanted behaviors.

Neutering is the most obvious option for dealing with sexual behaviors in male cats. After castration, a cat’s testosterone levels drop drastically, causing them to lose their desire to mate. Most pet parents find that sexual behaviors like spraying and roaming diminish or stop entirely after neutering.

Sometimes a fun toy is all a cat needs to get their mind off that cute Maine Coon down the street. Catnip toys, teaser wands, and puzzle games are all great ways to distract your cat from their hormones and encourage bonding too.

Making a loud noise is a good way to curb your cat's yowling or territorial behaviors, at least in the short term. Clap your hands together if your cat is being excessively vocal or picking fights with other household pets. This distraction technique can buy you a few minutes of peace and quiet, but it won't offer a permanent solution.

If your cat is unneutered, you should keep them inside at all times. If allowed to roam freely, intact males can impregnate dozens of females in their lifetime, causing litters of unwanted kittens who often end up in shelters. Not only that, but free-roaming males often get injured or turn up missing in search of mates.

Thinking of getting your cat neutered?

Neutering is the best and most effective course of action against unwanted sexual behaviors in male cats. However, neutering can be a costly procedure. Consider investing in a wellness plan to cover the cost of neutering and help with preventative care costs like vaccinations and flea meds too.