Why Are Some Rescue Animals Aggressive? 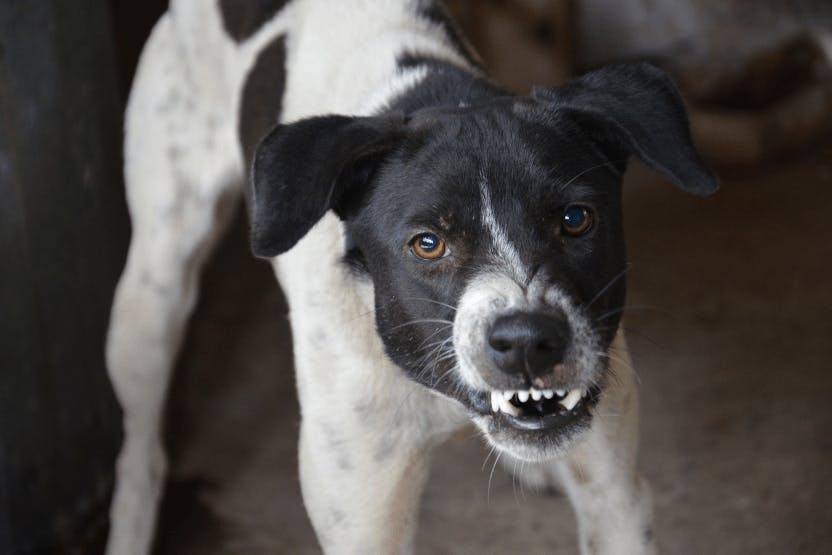 Adopting a rescued pet can be a rewarding experience for both pet and new pet parents. While most animals will be excited to find a new furever home, some may have had their ups and downs that have left them unsure of the new changes they are facing. For some, aggression is their way of protecting themselves, but it can usually be overcome with some extra care and attention.

Whatever their history, it’s important to understand that your new rescue may come with some baggage, but you can help them unload it for a happier, healthier life with you! Let’s take a look at the reasons behind aggression to help you get started.

Why are some rescue pets aggressive?

Not all rescues are aggressive, and many acan easily adapt to their new family and home. For some, mild antisocial behavior may just be part of the acclimation process. Being reactive to every stimulus, or hiding under the bed are often temporary behaviors as they learn to trust their new humans and environment. With others, though, fear and anxiety from their past experiences can appear as aggression, which can be harder to manage.

To understand aggressive behaviors, it helps to have information about the history of the rescue, though that may not always be possible. Your new pet may have previously lived a cushy life indoors with a great family, but was given up due to finances, a death, bad behavior or other factors. Or they could have been rescued off the street where resources were limited and predators were a threat. And some very unlucky animals may have endured abuse or neglect. Living through these situations can create issues of abandonment, fear, anger or mistrust, or even PTSD. Like a veteran returning from war, these animals need time, patience and a lot of love to help them navigate their new life and begin to feel safe again.

Aggression can occur due to several factors, and knowing the type of aggression your rescue is exhibiting can give you the tools to help your pet overcome it. Types of aggression include:

Recognizing the cause of your rescue’s aggression is the first step to helping your furry pal adjust to their new life. Along with veterinary medical care and training, techniques such as trigger avoidance, desensitization, and reassurance can give you both the tools to succeed and live a happy life together.

What are the signs of aggression?

Rescued animals tend to produce signs of aggression that correspond to their level of fear, frustration, anxiety, or resource possessiveness.

Typical signs of aggression in dogs include:

In cats, the signs of aggression may be more subtle, including:

Short of actually biting or scratching, most of these signs are warnings. Recognizing them may help to avoid a confrontation.

Tips for managing aggression in your pet

While an aggressive outburst can catch you off guard, whenever bringing a new pet home, rescued or otherwise, you should always be on the lookout for behavioral signs and cues. There are also some things you can do to prevent or defuse an attack by your dog or cat. How you position your body and your facial expressions, and how you approach an animal who is showing signs of anxiety or fear aggression can help them to learn you are not a threat.

Always remember to never yell at or punish a dog or cat who is being aggressive, as this will only prove to them that they should be afraid of you. Instead, here are some tips to help you keep your rescue calm and learn to trust you:

Just as not every dog or cat should be expected to act aggressively, not all rescued dogs and cats will be a “problem child.” If you meet them on their terms and slowly work towards alleviating the cause of the aggression, you will go a long way to helping them adapt and become pawrfect pets.