Hi, My name is Dawn and I grew up with a German Shepherd. Right out of high school, I worked at an animal clinic and adopted a Corgi. Now, I have a Golden Retriever! I'm looking forward to meeting your dog and spending quality time outside with your loved one.

Hi There, I have been an avid dog lover since a very young age. I first started walking dogs for a family friend who was also a neighbor of my parents. Since then, I have been dog sitting for friends and family while they take business trips, personal trips or no nights outs. I have a great personality to match my work ethic. Most importantly your furry family members will be safe as I am responsible, attentive to my surroundings and caring to all.

I have experience walking with all size dogs and take pride in making sure each individual feels loved and healthy. I have a calming nature and I love making friends with animals and being outdoors. I enjoy being active and taking hikes with my own pup.

I understand a dog’s need of a good walk! In my care you can be assured that your dog is in good hands! I look forward to taking many walks together! :)

Hi! I’m a mom and dog lover and I love getting doggos out for some attention, exercise, and whatever their individual needs may be! I have 2 rescues of my own, currently, and have had dogs my whole life and may be a little obsessed ;) I am a very attentive walker and can run with them and have the patience to putter with the older ones or any with special needs. You can trust that your pup is in good hands with me! :)

“Walkies for doggies and lover of puppers”

I have been around dogs my entire life and I'm always the go-to person when a friend or family member needs to go out of town. I have experience with sick and senior dogs, which includes administering medication and the Heimlich maneuver for different sizes of dog. I have been around all sorts of dogs, and I love them all.

“Houston Dogspired-Inspired by a city of Dog lovers”

Vetted Wag walker since 2018. Experienced with dogs of all breeds and sizes. Old and young alike I enjoy working with dogs from all walks of life to provide a 5 paw rating service every time. I look forward to working with you and your pup(s). Paw-sta luego!

Hi! My name is Kathy and I LOVE dogs, especially big ones. I was raised in the country with many animals and always had a German Shepherd with me...consequently those are my personal favorites. I currently have two grand-dogs who live in my home with me, as well as my hairy daughter, Dakota. I look forward to getting to know you and your hairy child!

“Doing it for the sits and wiggles!”

Dogs are life’s angels on four legs that give so much more than they need from life. They need attention, walks, ball chasing time, grass sniffing time and belly rubs. It’s these actions that enrich both humans and fur babies. I no longer have my fur baby and would greatly enjoy spending time with the utmost care and attention to each four legged personality.

Hi, My name is Whitley! I'm currently living in Houston with my two babies. I have a golden retriever named Piper and a yorkie terrier named Rosie. My family has been dog owners since I was born. I love meeting new dogs and catering to each one's needs, as I know that every dog is unique. I enjoy running and I would love to keep your pet healthy, fit, and above all happy! I will treat your dog with love and care and I will make sure that your Wag! experience is as pawsitive as possible!

The city of Cypress, Texas is actually a city inside a city because it is completely inside Houston. Some of the most affluent people live in Cypress, which has a ranking of 50 out of the 100 cities with top incomes in the United States. It is also popular to dog lovers, and there are almost 28,000 dogs in town, which means there is plenty to do with Fido when you visit.

The best dog park according to residents is Burroughs on Hufsmith Road. It is huge, with six acres of forest and walking trails. There are separate sides for big and small dogs, lots of seating, restrooms, and it is completely fenced in. There are also a few concrete dog wash stations, so Fido doesn’t get the car dirty.

Bill Archer Bark Park on Highway 6 North has a bone-shaped pool for your pups to cool off in, a trail for you both to get some exercise, separated large and small dog areas, and great people. Lots of seating, dog wash stations and they keep it really clean.

Horsepen Creek is another awesome dog park with trails, exercise equipment, a creek to play in, and plenty of seating for the humans. There is an abundance of open space for the dogs to play and even lights so you can play after dark. 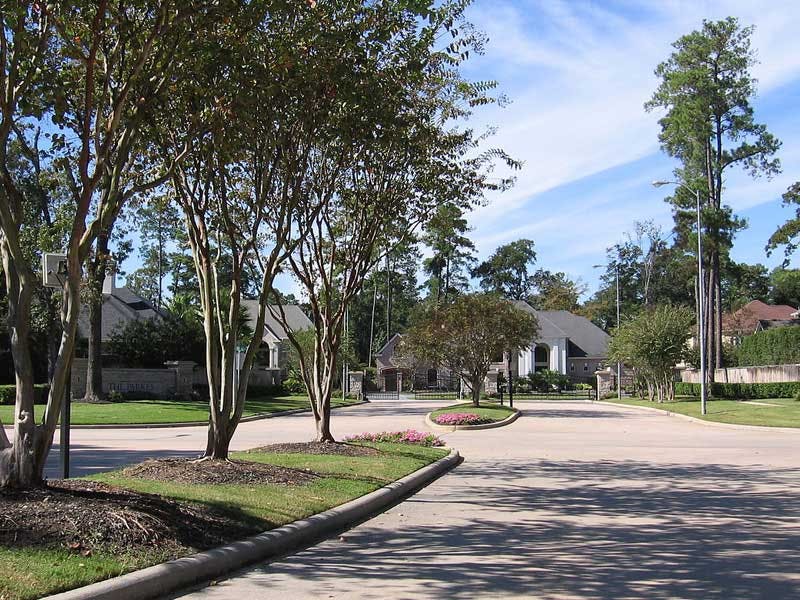 Whether you’re passing through the area or you’re a local, Downtown Cypress has a few places that pets and their parents need to check out. Stop by Natural Pawz to view their wide selection of all-natural treats and food for dogs (and cats). This Houston-area retailer has been recognized both locally and nationally as a leader in the natural pet care industry, and they are passionate about helping pets and their parents. Once you’ve picked up some tasty treats for your four-legged friend, head up the road and enjoy your own delicious meal at Smashburger, a local favorite serving up chicken sandwiches and gourmet burgers. Dogs are welcome to join their owners on the patio, and the restaurant also serves a “Fido Burger” for their canine guests. 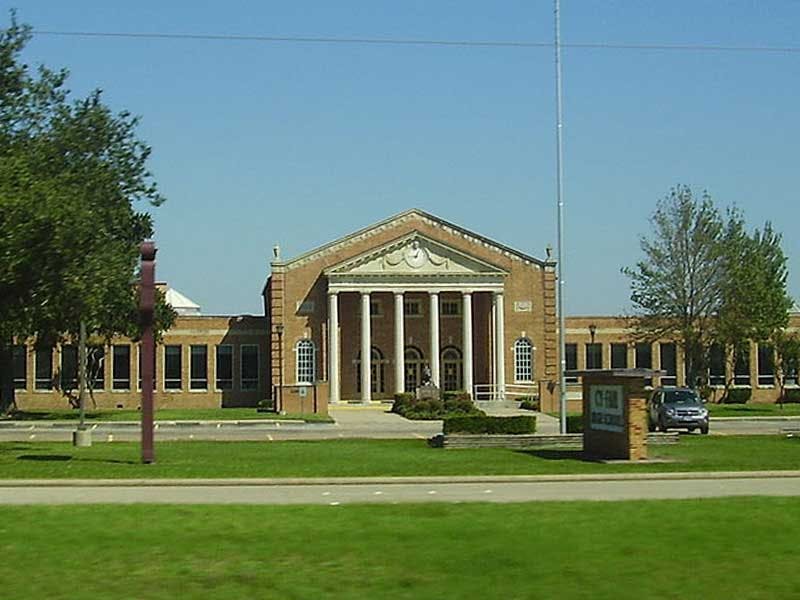 If you are looking for a place to enjoy a tranquil walk with your canine companion in the Cypressbend Sub area, stop by Telge Park. This 111-acre park features a .75-mile nature trail as well as a stream and wetland area for you and your dog to explore. There is also a play area for kids and picnic areas where you can enjoy a nice meal with the entire family. Also nearby is Bud Hadfield park. There is an 18-hole frisbee disc golf course as well as another nature trail. Whichever park you choose to visit, your dog is sure to have a tail-wagging good time! 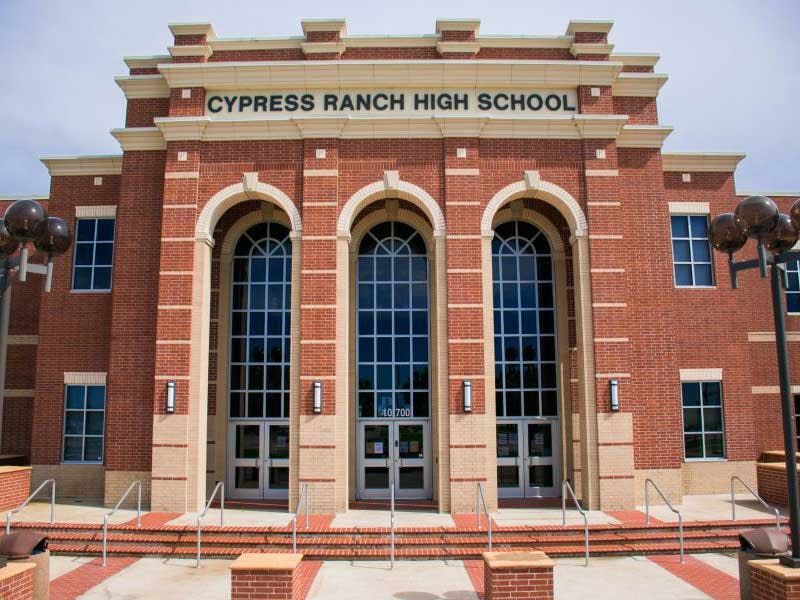 The Bridgeland neighborhood is home to Lakewood Village Park, which features a fenced-in dog park. Bring your dog here for some off-leash fun. The entire park spans more than 20 acres, so there’s plenty of area outside the dog park to explore as well. If you’re more in the mood for a walk, check out Oak Meadow Park. The spacious park includes a walking trail that winds through beautiful scenery. On your adventure, you’ll see lakes, creeks, trees, bridges and more. There are several benches along the way, so you won’t have trouble finding a place to take a rest. 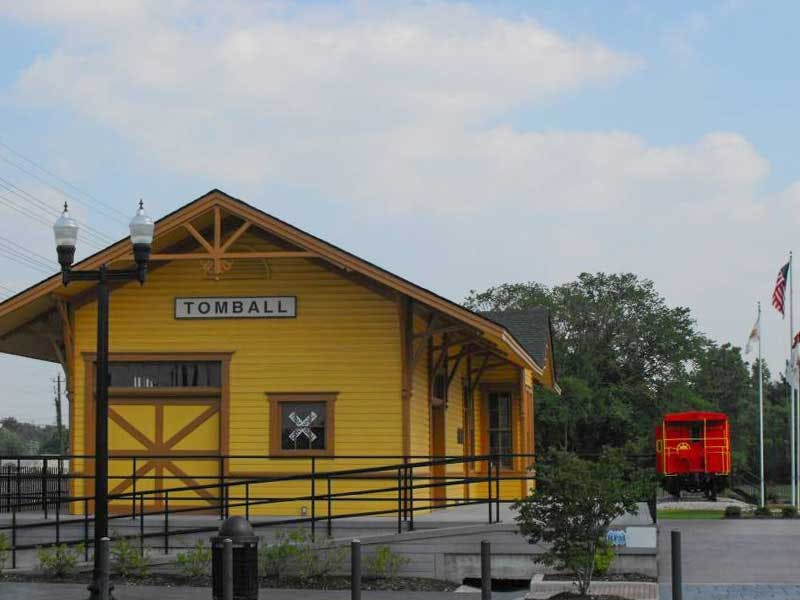 Bordering Cypress on the north is the town of Tomball, which offers park opportunities for adventurous pups. Burroughs Dog Park is a 6 acre dog park located inside Burroughs Park. It features separate areas for large and small dogs, wash stations, benches, and even trails to explore. Dogs do need to have current vaccinations and license tags before entering the park. Another area to unleash the run in your dog is AE Dyess Park. With 113 acres of open space, your dog may just be in heaven. Though the park boasts several sporting fields, your pup can expend some energy between games. 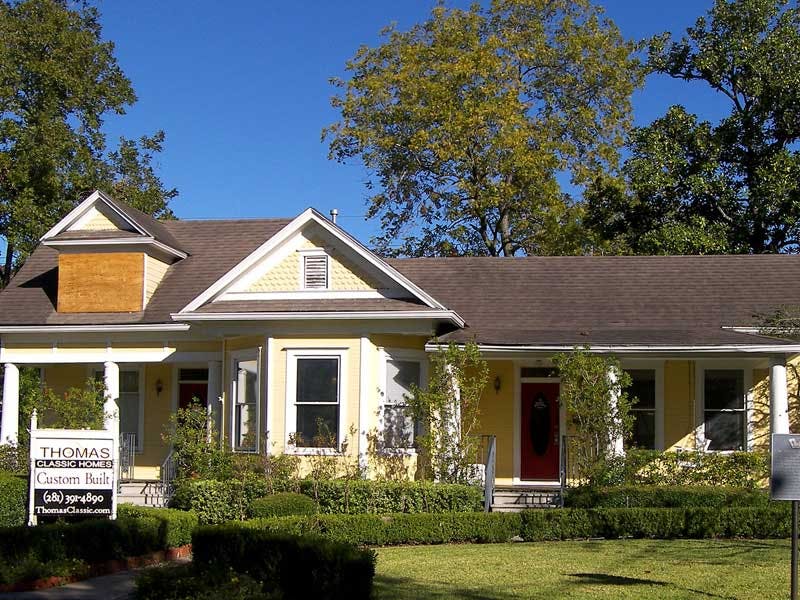 Katy is a Texas town that’s perfect for dog lovers, and is located just southwest of Cypress. With three dog parks to choose from, you’ll always find something to do. Katy Dog Park sits on 14 shaded, grassy acres and features water fountains, a doggy wading pool, dog showers and a large, paved walking trail. Grand Lakes Dog Park also features a paved walking trail, as well as a picnic area and hydration station for dogs. If you’re looking forward to spending a day in the sun, check out Cross Creek Ranch Canine Commons. This fenced-in park has separate areas for large and small dogs and a water faucet with bowls to keep your companion hydrated.