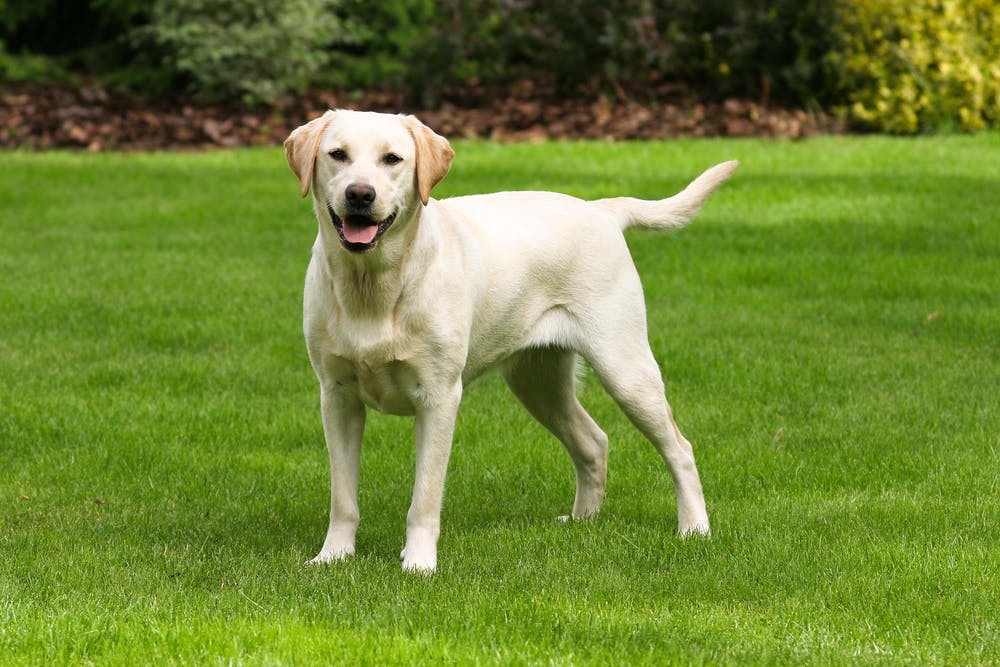 When you picture a dog, chances are the first thing that comes to mind is a pup that closely resembles a Labrador retriever - and for good reason. The Lab has been voted the most popular dog in America for an incredible 25 years in a row, so it's no wonder that they seem like the quintessential dog.

However, just because a breed is popular doesn't mean that it's completely understood. With that in mind, here are 9 facts that may just surprise you about America's favorite dogs.

Fact #1: The first Labs were Canadian fishermen...sort of

Labradors originate from the northern coast of Newfoundland in Canada. They get their name from the fact that they were originally used as working dogs in the Labrador Sea. Fishermen used them to help retrieve fish that had fallen out of the nets - and Labs were great at their jobs.

In fact, Labs were such great workers, care had to be taken to ensure that they didn't work too hard. This incredible work ethic and eagerness to please is still found in the breed today, so be careful you don't push your pup too hard playing fetch on a hot day!

Fact #2: Labs haven't even been around as long as dishwashers

While it may seem impossible to picture a world with Labradors, the fact is that the breed has only been recognized since 1899 (for reference, the first dishwasher was patented in 1886). It's thought that they originated from a British breed known as the "St. John's water dog."

The St. John's water dog is no longer around, but they gave rise to some pretty great breeds. Besides the Lab, other breeds that are believed to have originated from the St. John's include Newfoundlands, Cape Shore water dogs, and Chesapeake Bay Retrievers.

While all dogs rely heavily on their sense of smell, Labs have especially great schnozzes. These dogs can sniff out avalanche victims buried under 20 feet of snow, and they can detect odors that even some of our most advanced technology can't find.

This incredible skill, combined with their tireless work ethic, is why Labs are used for everything from search and rescue to law enforcement. Which brings us to...

Fact #4: One Lab is the most decorated dog of all time (but don't let him know your PIN number)

A British Labrador named "Endal" holds the record for most canine commendations - including being named "Dog of the Millennium" by Dogs Today magazine. That's pretty high praise!

Endal was a service dog assigned to help British naval veteran Allen Parton with his daily tasks. Endal could recognize over 100 verbal commands, as well as many other hand signals.

Endal was able to accomplish an astonishing number of tasks for his master. If Parton fell unconscious while bathing, for example, Endal could pull the plug on the tub, drag Parton into a recovery position, and then dial the phone for help!

Beyond that, he was also able to help out with shopping, laundry, and could even operate an ATM. Sounds like we could all use a dog like Endal!

Fact #5: They're real charmers (eat your heart out, Paul Rudd)

Labradors are renowned for their kind and outgoing temperament - something the AKC considers as much a breed standard as their size and color. This makes them great family dogs, especially for people with small children.

In fact, because Labs have been bred to retrieve water fowl and other game, they have incredibly soft mouths. Labs can even carry an egg without breaking it (and Endal could've probably scrambled it for you too - showoff).

Fact #6: They can carry an egg without breaking it (this makes them very popular at parties)

Of course, when you work as hard as these dogs do, you build up a powerful appetite. Labradors are known for being voracious eaters, and will eat almost anything they can - even if it's not something most people would consider food.

This means that Labs are more likely than many other breeds to become obese. Chances are, your lab won't know when to say "enough's enough," so you need to be extra careful not to overfeed your four-legged friend.

Don't forget that they need lots of exercise, too.

Fact #7: Labs have a little Houdini in them

If you don't drain your Lab's mental and physical energy, you'll find that they'll find their own ways to amuse themselves. For many dogs, this means devising new ways to get out of the house to explore the world.

Labs are extremely smart and focused, so if left to their own devices they'll sneak out like Steve McQueen in The Great Escape. The good news is, they're not great jumpers, so a 6-foot fence is usually enough to keep them in your backyard.

However, they have also been known to open latches and chew through wood slats, so take extra care to make sure that your yard is escape-proof. If it's not, your Lab will be more than happy to demonstrate.

And once they're on the street, Labs can get involved in some pretty awful stuff...like politics.

Fact #8: A Labrador was once elected mayor of a California town

In 1981, the voters of Sunol, CA, headed to the polls to choose their next mayor. While the two human candidates were undoubtedly fine in their own right, the people overwhelmingly threw their support behind Bosco, a black Lab.

A registered Re-pup-lican, Bosco served as honorary mayor of the town until 1994, where he did his best to deliver on his campaign promise of "a bone in every dish, a cat in every tree, and a fire hydrant on every corner."

Sadly, Bosco passed away in 1994, but there's still a statue in town to honor him - and nobody has been crazy enough to try to follow in his pawsteps.

You know, maybe it's time to put a Labrador in the White House...