Hi there! My name is Alex and I am a young professional who has been working in the pet industry for the past five years. My love of dogs started when I was seven with my first dog, a yellow lab named Callie. She was my best friend growing up, showed me uncodnitional love and really gave me a strong understanding of what a dog's purpose is in our lives. Today I currently have three dogs, two yellow labs and a German Shepard mix who are my avid hiking and running partners.

I am a responsible, trustworthy person with a wealth of experience with dogs. Along with caring for my own, I've walked, pet sat, boarded and fostered dogs for family members, friends and associates throughout my life. My early experiences working at a pet shop and as a veterinarian's assistant provided a foundation of dog care knowledge that I've continued to build on ever since. After a lengthy career in the Information Technology sector I opted to retire early and pursue rewarding part-time work. As a Fairfield resident for over 20 years, I'm committed to providing local Wag clients with the best dog walking service possible.

“No dog is too big or too small for me”

Hi. My name is Patty. I am an animal lover especially a dog lover. I own a 12 year Aussie-chon and am in open arms when my friends need a sitter for their dog. I have worked at a veterinarian office in the past and i like to better increase my dog and animal knowledge by taking online courses in dog behavior and psychology. I also love physical activity so no dog is too large or too small for me. 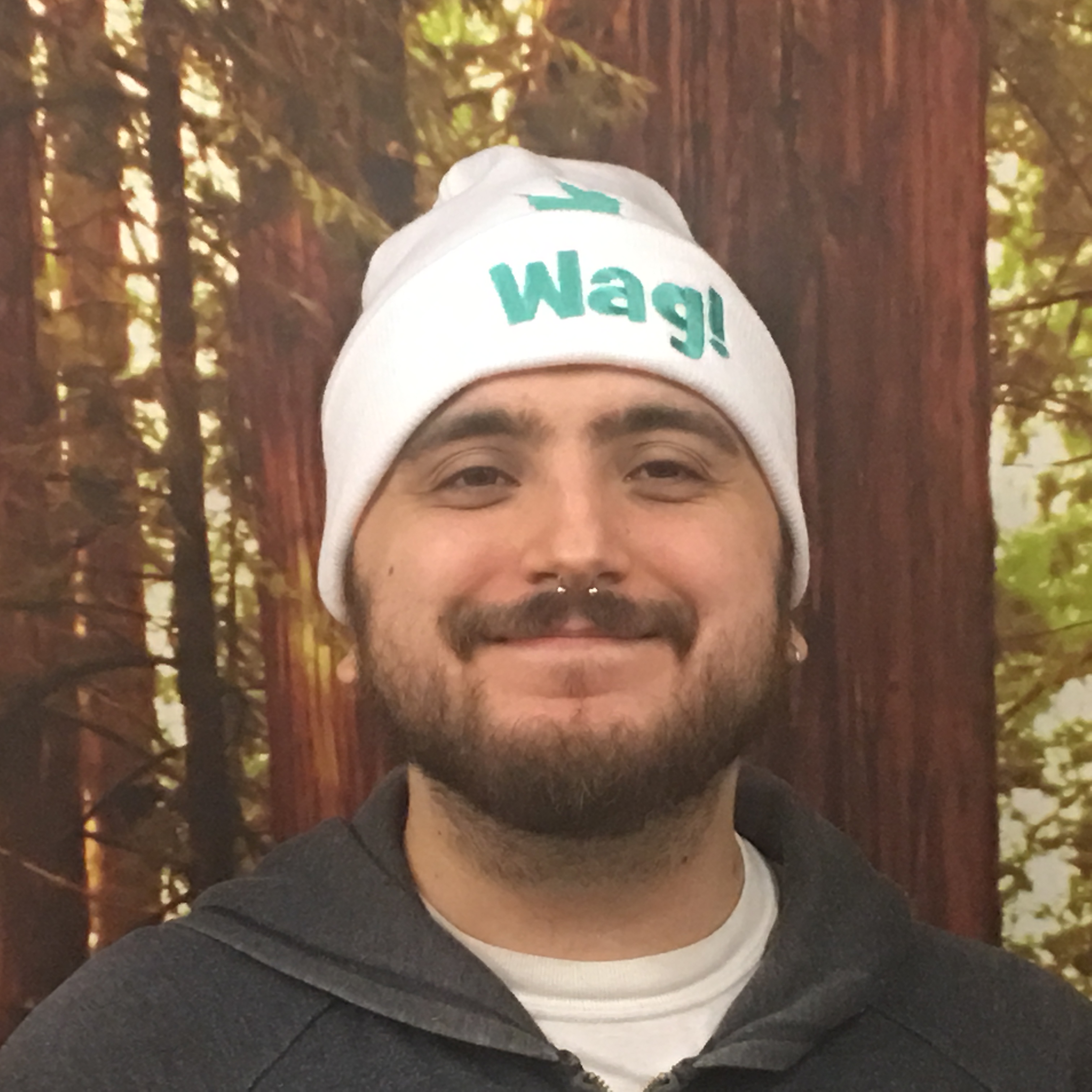 I began working with dogs at age 14 at a local dog boarding facility. Since then I have worked for an animal rescue organization and have done dog walking, and pet sitting. I've done overnights in clients home caring for their pets as well.

I've been a Wag walker for about 2 years now, I love dogs and thoroughly enjoy walking/spending time with them! If I get the chance to walk your pup, please feel free to leave feedback!

Hey there! I'm Cecile. Growing up I watched my older sisters bring home strays and care for them. I learned from them how to tell if a dog is happy, scared, or in pain. I learned how to calm an anxious dog with a soft voice and that dogs that are more vocal, change their posture, or are not so interested in food, may be in pain or sick. I also learned how much fun it is to play with a dog. I am enrolled in the Veterinary Assistant Program at Middlesex Community College to learn more about the animals I love. I will receive my certificate February 14, 2018.

I am a recent UConn graduate and drummer, currently building a portfolio and playing local gigs. I have wanted a dog all my life but have not been able to due to allergies in the family. This gig lets me spend time with dogs while learning about different breeds which will help me decide on what type of dog I would like for myself in the future. I will be excited to meet yours and care for them as if they were my own!

I've been a Wag! walker since July 2016 and have had experience with dogs of all shapes and sizes. Big dogs are my specialty. I started dog walking while in college, and now continue part-time while working full-time as an artist in the film & TV industry. I currently live in Westport, CT with my pit bull mix. I occasionally go to Manhattan to do on-demand walks.

Hi, I’m Bob- I’ve been an animal lover all my life. I grew up in Irvington, NY with a Boxer named Rudy and a Poodle named Pepe. I’ve been walking dogs in Westchester County for 5 years and now that I live in Connecticut I’d like to continue. I have experience with dogs of all ages and sizes, from walking 5 yorkies at a time to one big 13-year-old Akita named Yoshi. At home, I have an 8-year-old English Bulldog named Vito and a 7-year-old Golden Doodle named Hazel. I will treat your dogs as if they were my own. And as always “SAFETY FIRST”

Stratford, Connecticut is one of the oldest towns in the nation. Settled in 1639, Stratford is known today for its' impact on aviation and the miles of beautiful coastline that surround the town. It's also a great place to spend some quality time with your four-legged friend!

Nearby dog parks include Eisenhower Dog Park, which offers two separate fenced-in areas and a water supply. In addition, Eisenhower Park contains several nature trails and access to a pond. There's also Trumbull Dog Park, which boasts a sizable dog run and several amenities, like water and doggie bags. Both parks have seating options for you to relax while Fido meets the other dogs.

Ready to get out on the trails? A local favorite is the Housatonic Rail Trail, also called the Pequonnock Valley Greenway. This partially-paved route extends five miles, winding through woodlands, streams with rapids, and rock outcroppings. Dogs and humans alike are sure to enjoy the variety of landscapes.

Stratford is also home to the Roosevelt Forest, which covers over 400 acres of land. Established in the 1930's, this beautiful forest is home to many species of Connecticut wildlife, including hardwoods, evergreens, and various reptiles and amphibians. As for amenities, the park provides playgrounds, picnic tables, restrooms, and paths.

Dogs can grab a bite with their human companion, and eat in a couple of fine restaurants in town. Hudson’s Deli at 2377 Main Street has canopied outdoor seating for the comfort of customers. The food is hearty fare. Biagio’s Osteria at 88 Ryders offers some more gourmet fare with outdoor dining, too. The menu here is Italian with a splash of New England seafood. Homewood Suites accommodates you and your dogs for an additional fee of $25 per dog per night. Dogs up to 100 pounds can lounge in a pet-friendly room. This hotel is owned by Hilton, and is located at 6905 Main Street.

Less than a 10-mile drive to the southeast of Stratford is the town of Fairfield. Jennings Beach sits upon the ocean, and during the off-season allows dogs to run the beach off-leash. The ordinance sets out the off-season to be October 1st through March 31st. Leashes at Jennings are required on boardwalks, parking lots, and other public areas. The Cascades at Mohegan Lake provide a freshwater opportunity to run-off leash during the off-season. The large lake has some nice surrounding places to play and run. If it isn’t too cold, maybe a dip, too. This tract of land has numerous places to pad a bit of paw or stretch some legs.

Southbury is a town some 20 miles north of Stratford. Stratford Dog Park is located off of Roxbury in a piece of land donated for this use by a local company. This large green dog park is only partially fenced, though. There is an area for small dogs. A small creek runs through the dog park, too -- very pleasant amenity on a hot summer day! There are walking trails around the dog park, and a few benches. Bring plenty of poop bags. Extra amenities are few here. This is get back-to-nature kind of place. There is a lot of running room, but many dogs visit this place, so supervision is essential here.

About a 20-mile drive to the northeast is the town of Branford. Branford operates a small dog park. This is frequented by in town regulars, but visitors are allowed to use the facility. The surface is a mix of patchy grass, wood chips, and after a hard rain, a bit of mud. This park does not have any water on-site, so be prepared. Some poop bags are stocked, but again this park has had some issues in the past with maintenance, so bring your own. The park has a separate space for the small or timid dogs. Larger dogs run together. Pet pals can be made here!

Westport is a 13-mile drive southwest of Stratford, and is home to a great little dog park called Winslow Dog Park. This dog park has a large grassy fenced area for dogs to run and socialize. Walking trails are situated inside the dog park itself so dog and human companion are able to exercise together. This well-maintained dog park has waste bags and water available on-site. Other parts of of the larger park have trails to walk on-leash. Picnic sites are great for a lunch after doing so much walking. If you didn’t pack a lunch, stop in at the Border Grill located at 1550 Post Road E. This little Mexican eatery serves south-of-the-border food outside for you and your dog to enjoy.