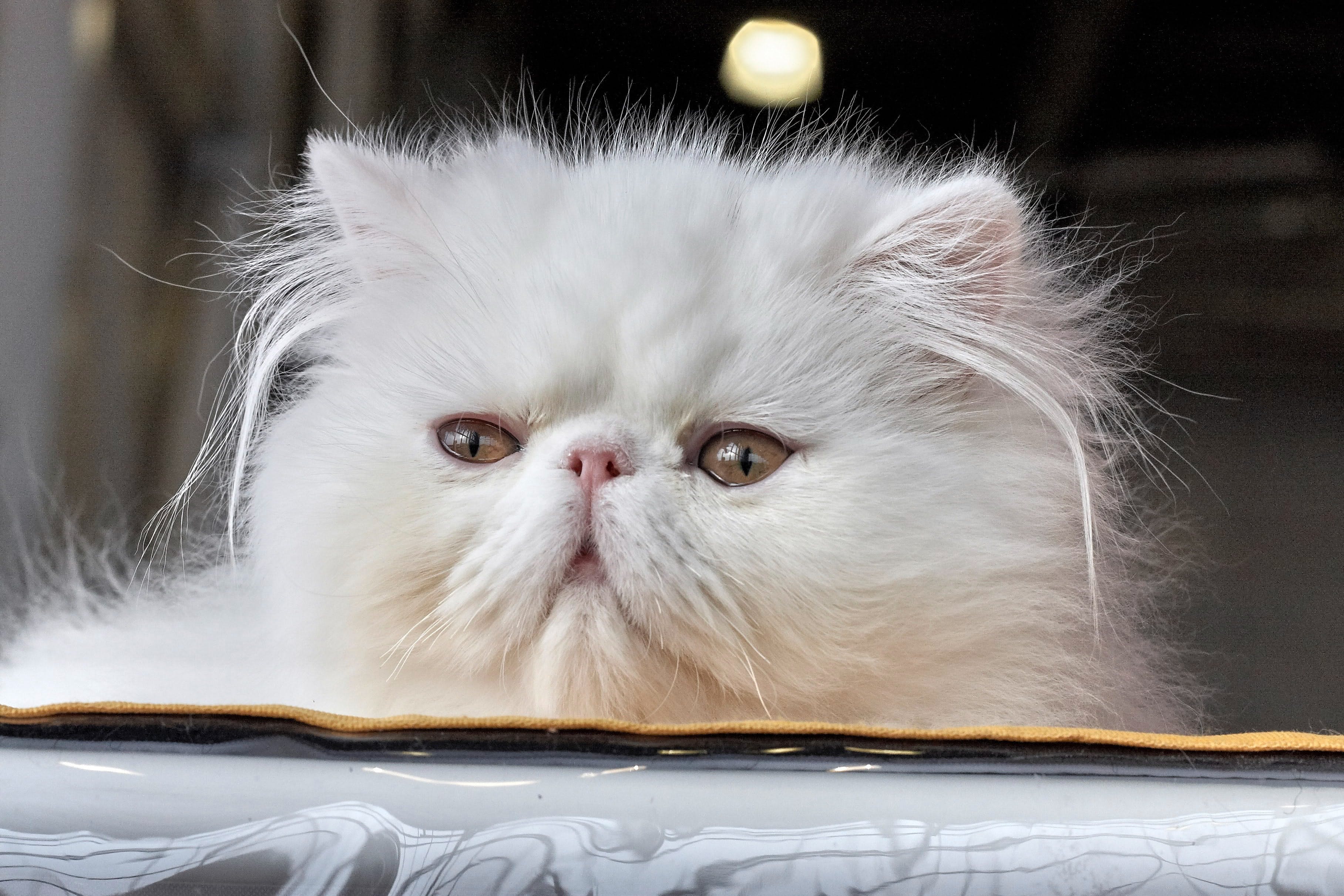 Cats rule the internet, and the most popular ones typically bear a distinctive feature such as an unusual marking or a uniquely adorable face. If you follow a good amount of famous felines on social media, then you may have noticed that many of them have flat faces which lend to their cute looks. In medical speak, these flat-faced critters are known as brachycephalic cats. Brachycephalic, which is a combination of the words brachy meaning “short” and cephalic meaning “of or relating to the head,” is also the term used to describe flat-faced dogs such as Pugs and Frenchies.

Sadly, the answer is yes, and it's all due to their malformed head shape. Brachycephalic cats are at a higher risk for breathing, vision, and dental issues. Whether you’re thinking about welcoming a brachycephalic feline into your home or already care for one, here’s what you need to know.

One common and significant health problem in flat-faced cats is brachycephalic airway syndrome, a condition characterized by very small nostrils, extremely narrow nasal passages, and a longer soft palate. This makes it hard for them to breathe, and while they usually learn to adapt to it, it’s still no fun.

In addition, should a flat-faced feline contract a respiratory infection, even the tiniest bit of nasal discharge can completely block their already small nostrils, forcing them to breathe unnaturally through their mouth.

Aside from their short muzzles, flat-faced cats are recognizable by their big, protruding eyes. This may make them look more innocent and attractive, but not without a cost. Because their eyelids usually do not close completely when they blink, the cornea is exposed more often and corneal inflammation or a corneal sequestrum may develop. A corneal sequestrum is a dead piece of corneal tissue that appears as a dark brown to black plaque in the eye. It’s an uncomfortable condition that needs to be addressed with surgery.

Another common eye issue among brachycephalic felines is constant discharge, where the cat’s eyes appear to be watering all the time. In cats with normal-shaped skulls, the tear ducts drain tears from the eyes into the nasal cavity without any problems. However, in flat-faced cats, the tear ducts are shorter, causing them to clog. This results in persistent tear staining and an increased frequency of eye infections.

A malformed head shape can cause misalignment in the teeth and jaw as well. As a result, flat-faced cats often cannot bite and chew properly, making it hard for them to eat. A shorter muzzle also means there is less room for teeth, increasing a cat’s predisposition to dental disorders such as tooth resorption and periodontal disease.

One of the most common oral issues in felines, tooth resorption is a condition where the body starts breaking down and absorbing the structures that form the tooth. Eventually, the tooth will almost completely disappear and be replaced by a bump on the gums. Tooth resorption is very painful, and symptoms include difficulty eating, behavioral changes, and bleeding along the gumline.

Severely brachycephalic cats typically have deep skin folds on their faces that are difficult for them to clean properly. Consequently, bacterial or fungal skin infections and facial dermatitis can develop, with Persians being more prone to the latter condition. Facial dermatitis can be managed with cleaning, grooming, and antibiotics, but extreme cases may call for corrective surgery.

While their flat faces may have won the hearts of many, brachycephalic cats are on the losing end when it comes to health. These furballs may require extra care and attention compared to other breeds, so be sure to shower your smooshed faced feline with plenty of love, attention and care to help them live their best life. Meow!