How to Protect Your Small Dog from Birds of Prey 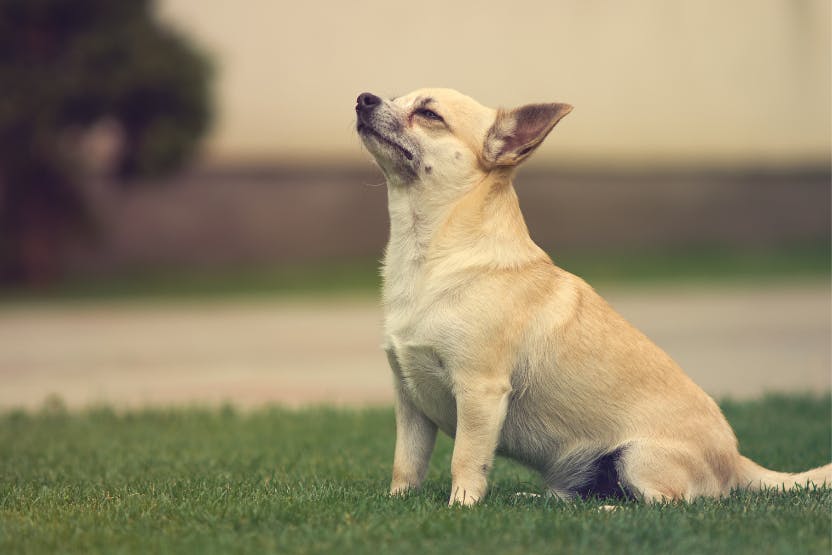 From time to time, you may hear or read about a hawk, owl, or eagle attacking a small household dog. While this is actually quite rare, it does happen.

The good news is that there’s a lot you can do to protect your dog from these apex predators. But it helps to first have some information about these birds of prey, their feeding habits, and whether they’re a danger to your fur baby.

Predatory birds are certainly capable of killing small dogs, especially some of the smallest like Chihuahuas and Toy Poodles. While predatory birds generally look for other wild mammal species for food, small dogs can be targeted.

In most cases, a raptor would have to be desperate for food to attack a dog, no matter how small, and it would take a specific circumstance for an avian predator to pick up enough speed to lift a dog off the ground. If the pup is on the beach or in a wide-open field or yard, they may be grabbed, but will likely be dropped, which carries its own set of potential injuries.

How do I protect my small dog from birds of prey?

While each bird species has various capabilities and hunting patterns, there are traits among all of them that can be used to protect your pooches. Some of the protection tips for each species may overlap and be applied to any predator.

The owl most likely to attack a pet dog is the Great Horned Owl, the largest in North America. There are plenty of them around, and they’re widespread across the continent. Other predator owls able to attack little dogs include the Snowy and Long-eared Owls. Owls are nocturnal, so they may attack a small dog when they go out at night. As tempting as it may be to just let your doggo outside for his bedtime potty break, there will be less danger from owls if you are beside them. Owls are shy and will typically stay away from humans unless they’re protecting their nests. They can be confused and repelled by lights, as well. Owls, like most predatory birds, prefer smaller prey like mice, small rabbits, and moles.

To prevent canine attacks by owls, there are a few tips to keep your fur baby safe:

There are at least two dozen hawk species in the United States, including the Red-tailed Hawk, Red-shouldered Hawk, and Northern Goshawk, though the Red-tailed is the most likely to attempt an attack on a small dog. They’re able to swoop down on their prey at about 120 mph, and they hunt during the day because they’re sight hunters. Hawks, like owls and eagles, are protected by the Migratory Bird Treaty Act. Harming or killing these birds can result in imprisonment and hefty fines, even if you’re simply trying to protect your fur buddy. The best course of action if your pup is attacked is to make a lot of noise and run toward the bird to frighten it away.

Hawks may presume that they can carry a small dog away, but find out once they’ve lifted the pup off the ground that they’re too heavy. They will then drop them, potentially causing head trauma like a concussion, fractured bones, and internal injuries, along with talon and beak puncture wounds.

The best protective actions against hawks include:

Eagles like to perch in trees and watch for prey like small mammals, rodents and snakes.They hunt during the day and often will watch from their nests, which they protect from human or animal intruders with ferocious speed. You may not even notice that you’re passing near an eagle’s nest when they attack. An eagle may protect an area up to 150 feet from their nest.

Eagles are not very strong, and although they may initially pick up a small dog in their talons, they won’t be able to carry the pup too far. Trauma from being dropped on the ground may be a sign that your missing dog has been grabbed and moved by an eagle. The bird will stay with the pup and attempt to kill and eat it if allowed. Another protected bird species, the eagle cannot be harmed or killed.

Many of the protective measures noted in the sections on owls and hawks will apply to eagles as well. In addition, you can:

Falcons are much smaller than hawks and eagles, and less strong than owls, although they have traditionally been utilized for hunting and disabling deer and other mammals. However, their food preference is smaller birds, which they can catch in mid-air or knock down and take back to their nests. Small rodents are also more likely targets than pups.

Even the smallest toy poodle is too heavy for falcons to carry away, or even trap on the ground. However, their lack of interest in canines doesn’t mean they won’t ever attack a dog, and their talons and beaks can do damage. Following the same preventative steps as for owls, eagles and hawks listed above can help to deter falcons from attacking your small dog.

How much does veterinary care cost for a predatory bird attack?

Veterinary care costs for a dog that survives an attack by a bird of prey will vary depending on the types of injuries. For a dog with only puncture wounds needing only a few stitches and antibiotics, care may cost as little as $100 or less. For more widespread injuries like head trauma, broken bones, or injuries to internal organs, the cost can rise up to $3,000 or more for casting and splinting, imaging, and surgery.

Protecting your small dog from predatory birds starts with learning about what birds are in your area and their hunting habits. Establishing effective tactics in your yard or out in nature will go far in keeping your pup safe. Awareness of ways to repel these predators can let you act quickly in a bird attack and possibly save your dog’s life. If your pooch has been attacked by an avian predator, it’s crucial that you get them to a veterinarian right away.

If your dog is at risk of being injured by a bird of prey, check out our pet insurance comparison tool. Wag! Wellness lets pet parents compare insurance plans from leading companies like Figo and Healthy Paws to keep your pooch covered in case of an attack.