A New Year with New Pets in the White House! 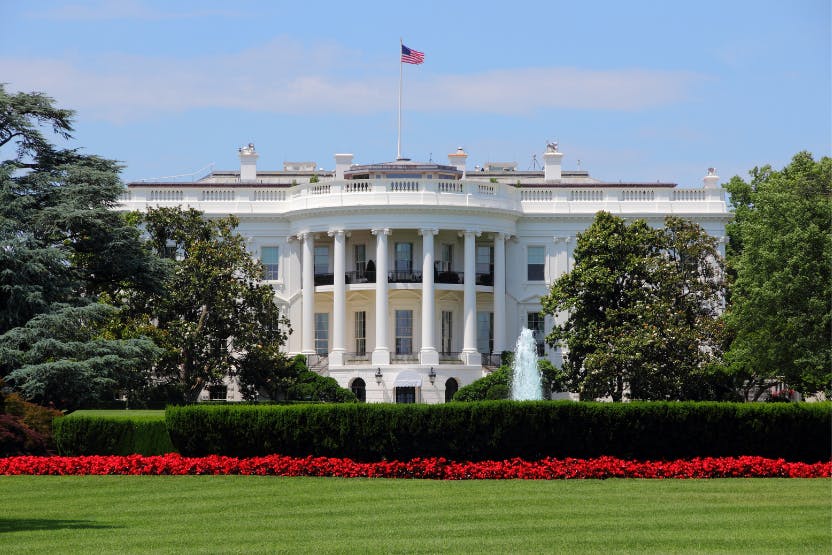 As we roll into the second year of President Joe Biden’s term in the White House, there’s more than just new foreign issues to navigate and policies to write. This year also welcomes two new pets to the White House, and we couldn’t be more excited!

In December 2021, the Bidens expanded their family with a new German Shepherd puppy named Commander. And in January of this year, we’ve seen another addition! First Cat Willow has taken up residence in the White House too! Let’s take a look at the new furry additions to the First Family and how they are adjusting to life in the Oval Office.

What happened to Champ and Major?

Many of you might have known that the Presidential family started their tenure in office with two other German Shepherds, Champ and Major.

Champ was a longtime pal of Joe Biden on the campaign trail and during his time as Vice-President during the Obama administration. Loyal, friendly, and always there during good times and tough ones, this little guy grew up in the White House into a well-behaved, Presidential Dog.

However, last year in June, Champ passed away at the Biden’s home in Delaware, surrounded by those he loved most in the world. For 13 years, he followed the Biden’s wherever they went, and was always ready with a nudge or lick to remind them he supported them no matter what.

When Joe and Jill Biden had wanted another furry bundle of love in their life, they adopted Major in 2018. This shelter dog had been exposed to toxins as a young puppy, but was rescued to become the first shelter dog to live in the White House! Though only 2 years old when he arrived, Major had a lot of learning to do. The White House is a busy place, and it proved too much for young Major who had a few nipping incidents.

After consulting with pet behavioralists and trainers, the Bidens decided that the environment was just too busy for Major who needed a more peaceful setting, and they moved him outside the capital to stay with family friends.

Now, having lost both of their furvorite companions, the Bidens needed to fill the void that only a loving pet can. Enter Commander!

On December 20th, 2021, President Biden announced the arrival of Commander, a 4-month-old German Shepherd puppy! A birthday gift from his brother and sister-in-law, James and Sara Biden, this pup immediately melted our hearts!

With those curious puppy eyes, big ears and huge, furry paws, this pup still has a lot of growing to do! While he’s sure to keep aides and trainers busy learning the ropes and playing on the lawns of White House, we know he’ll be there for our Commander-in-Chief whenever he needs a helping paw. Commander has already been seen helping the Bidens give their thanks to military family members around the world for their service in a virtual event, and giving his approval to the Washington’s new football team name, “The Washington Commanders.”

Commander is growing fast, and we look forward to seeing what he does next as the First Dog of America!

Cat lovers rejoice, as there is a feline prowling the hallowed halls of the White House once again! When the news of Commander’s arrival to the White House hit media outlets, there was talk of a cat waiting in the wings who might also join the Presidential family, and in January, it was official!

Willow, a gray, shorthair tabby cat, is now the First Cat of the Nation! This pawdorable feline must have known what she was doing when she jumped up on the stage during a speech by Jill Biden and flashed her those gorgeous green eyes. The open-hearted Dr. Biden had stopped at a Pennsylvania farm while on the campaign trail in 2020 when she was interrupted by this curious kitty, and it was love at first sight.

Not since George W. Bush’s kitty India has there been a cat living in the White House, and Willow seems happy to change that. She’ll be joining a distinguished list of Presidential felines spanning all the way back to President Abraham Lincoln, an avid animal rights supporter, but we are sure she’ll be ready to make her own mark once she gets settled in.

If you're celebrating the new year with a new pup or cat like the Bidens, start your time together off right by investing in pet insurance. Check out our pet insurance comparison tool to compare insurance plans from leading companies like Figo and Healthy Paws to keep your four-legged pal safe no matter what comes their way.