Border Collies: 5 Reasons We Love Them 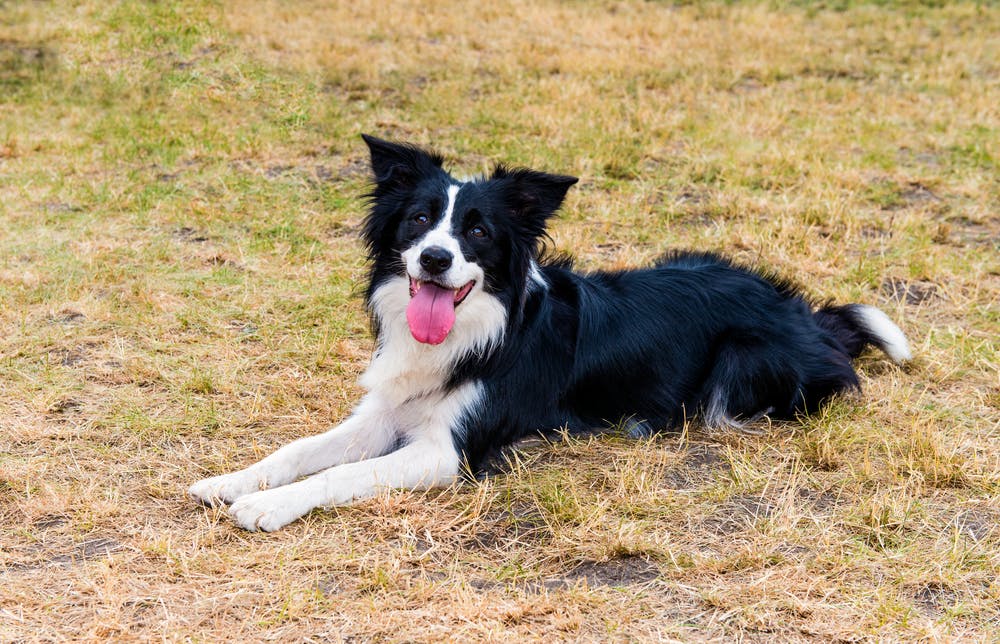 Bright, energetic, and enthusiastic, the Border Collie is one of the most popular and beloved canine breeds. If you've got one of these spunky pups in your life, then you know just how exciting life is with this working breed. Here are 5 reasons why we love these pawsome pups from the Anglo-Scottish border!

If the Border Collie were a person, they would be a straight-A student. Widely recognized as one of the most intelligent dog breeds, BCs are capable of learning a myriad of words and commands—just look at Wish and Halo.

In December 2020, this pair of Border Collies from El Cajon, California set the Guinness World Record for most tricks performed by two dogs in one minute. Under the guidance of their mom and trainer Emily Larlham, Wish and Halo performed a total of 28 tricks, including sit, spin, wait, down, and sit pretty. Wish also broke the record for fastest 5-meter crawl by a dog that day, achieving the feat in 2.175 seconds.

Emily, who helps other pup parents through her dog training business and tutorials, used positive reinforcement to train her record-setting pooches.

Border Collies are also the Olympians of the canine world. Even casual viewers of Westminster and Crufts will notice that many of the pups on the winner’s podium are often Border Collies. With their speed, stamina, and willingness to follow instructions, these dogs especially excel in agility, which requires the same skills as their original job of herding.

Border Collies have won the Westminster agility championship for seven out of eight years. The most recent winner is Verb, an 8-year-old Border Collie from Wyncote, Pennsylvania, who first bagged the trophy in 2019. The fleet-footed pooch beat his previous time of 32.05 seconds and whizzed through the obstacle course in 31.3 seconds to nab the 2021 title and become a two-time champ.

Aside from herding, Border Collies are also commonly used in search and rescue. Their ability to focus and strong work ethic make them ideal for this type of work, though for them it’s more like a game of hide-and-seek.

Skye, a 15-year-old Border Collie from Lake District, England, served as a mountain search and rescue dog for 11 years prior to retiring in late 2020. She was the oldest working SAR dog in the region at the time and was still responding to calls with her dad John Leadbetter up until a couple of weeks before her retirement.

Having participated in numerous operations in Lancashire, the Pennines, and Scotland over the years, Skye once helped search for a man who was missing for three days on Scafell Pike, the highest mountain in England. John decided to retire the tri-colored Border Collie due to her age and let her enjoy her golden years exploring the hills.

With their boundless energy and love for the outdoors, Border Collies are the perfect adventure buddies.

With their boundless energy and love for the outdoors, Border Collies are the perfect adventure buddies.Perhaps the most famous globetrotting BC is the late Momo, who traveled the world with his pro photographer dad Andrew Knapp.

Originally from Sudbury, the duo has covered tens of thousands of miles together exploring their native Canada, the United States, and Europe. Their trips have been carefully documented by Andrew, whose fun and colorful photographs usually have his canine best friend hiding somewhere in the scene. Followers would then be asked to find the black-and-white pup in the pictures, which have also spawned a best-selling book series.

Speaking to CBC News, Andrew said that Momo was always willing to sit and stay until he took the photo and gave him the okay to leave his spot. He also described the pooch as “the absolute best companion.”

They can do just about anything.

Border Collies are always eager to learn something new and can do just about any job that they’re given—the late K-9 Piper is a perfect example. The black-and-white pup rose to stardom in early 2016 after a GIF of him sitting at an airport runway, goggles covering his eyes and fur blowing in rotor wash, went viral. For three years, Piper helped with wildlife control at an airport in Traverse City, Michigan, chasing birds and other animals away from the runway.

To prepare Piper for his airport duties, his dad and work partner Brian Edwards started him out with off-leash and obedience training at home. Brian then got him acclimated to the loud noises and protective goggles. All in all, it took about a year and a half of passive training to get Piper ready for his role. Over the course of his career, Piper had chased 9,347 birds, patrolled 1,917 miles, and worked 6,206 hours.

Got a furbulous Border Collie in your family? Show them some love with these wooftastic ideas!

What’s your favorite thing about Border Collies? Let us know in the comments section below, and tag #wagwalking or @wag on Instagram for a chance to be featured on our feed!