I have had dogs in my life for over 35 years. Currently I have 1 dog, love of my life, a Bernese Mountain Dog named Jewel. I am a pooper scooper, dog walker and dog sitter for a family for the past 6 years. My home is very dog friendly and I treat any pet as if they were my own. I have also volunteered at the Arizona Humane Society and HALO Animal Rescue. Breeds I have owned: Chow Chow, Golden Retriever, Basset Hound, Samoyed, Bernese Mountain Dog, Labradoodle, German Shepherd, Mixed Breeds.

“Let's have a pawsome walk!”

HI! My name is Susan. We always had dogs growing up. They were my play buddies. I have 2 dogs - a beagle mix and a Chow/Sharpei mix. We also have cats. That's a big happy houseful! I can't wait to meet your dog!

Hi! My name is Brent! I absolutely love dogs and have always had a connection with them!I currently have a 6 year old Husky mix, Darcy, a 2 year old Shepard mix, Blu, and two cats named Zachary and Nala. They are my fur children! I have had many dogs over my life and want many more! Can't wait to meet yours!

Hello, My name is Kimberly I live in Phoenix Arizona and like you I am a lover of animals. I have experience with dogs of all types and breeds. I have three amazing dogs and love taking them on walks so why not help other pet parents walk their amazing dogs too. I take pet care/health very serious and I am dedicated on bringing that same care to your pet as well. Can’t wait to meet you and your best friend!

Hi, My name is David. I'm 55 years old and am semi-retired. I love all dogs and am very patient with them. I've lived with dogs all my life and can't imagine life without them. I especially love big dogs. The bigger the better. But little dogs are sweet too. Please rest assured that I will treat your dog as if it were my own. Furry friends are the best friends.

Hello, my name is Jason. I have always wanted to do something like this but never had the opportunity to do so..I love animals and like to take daily walks. So I figured I can walk dogs and we both can get exercise..I love people as well. I have a good personality and a good sense of humor at times.

Hi! My name is Kelcie and I’m a 4th grade teacher and an Arizona native. I want to be your dog walker from the hours of 4pm-11pm Monday-Friday. I am available on holidays, spring break and all summer long. I’m also open to all hours on the weekend. I currently love and live with two large breed pups, a Cane Corso and a Presa Canario. I love all breeds and have 40+ years of experience with owning and caring for animals.

I am currently a pet owner and animal lover, I have experience caring for cats, dogs, birds, fish and reptiles. I have built long term relationships with dogs and cats of all ages. I am very comfortable with walking, feeding, playing with and caring for your pets. 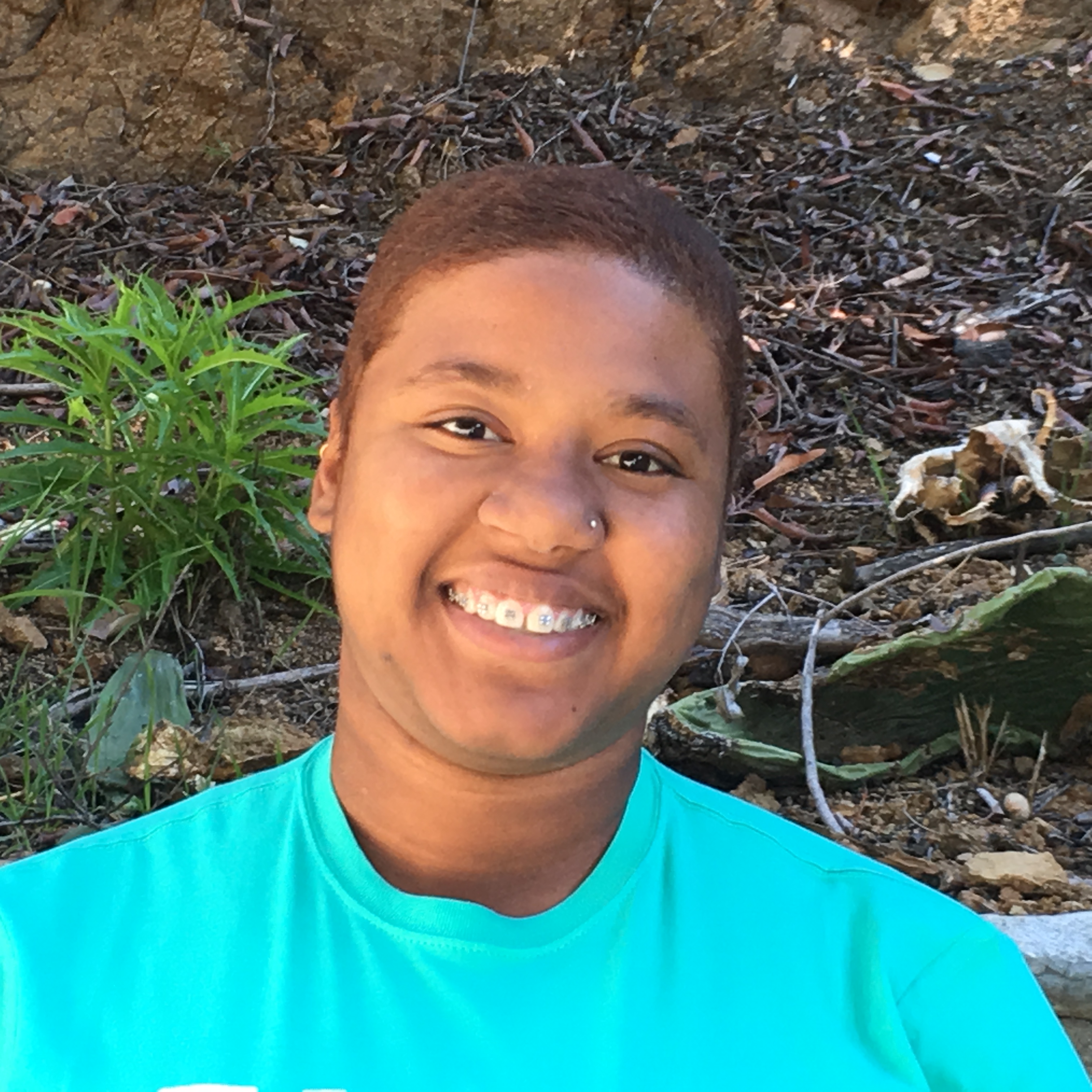 Hello, My name is Kiara. I am 25 years old and have been around animals since I was about 5 years old. I have volunteered at animal shelters and currently I am interning at an animal rescue. I had a jack russel and long haired chihuahua mix pup who had been my best friend and went with me everywhere. He was trained well. He knew how to cross at streetlights, sit, and lie down. I love and plan on working in this field to make sure the dogs I come across as their most happy self.

Hello! I'm an Az native that loves dogs! I have four of my own big and small. I volunteer with rescues and attend dog training twice a week. I have experience with all kinds of temperaments as well. I look forward to meeting your fur baby soon!

There are three things that bring people together in Sun City West, Arizona. The first is inherent in the name of the sister city of Sun City Grand. The Arizonans that live here are huge fans of the lustrous sunshine that hangs in the air throughout Sun City West. The second is the lifestyle. The neighborhoods have a calming allure, and many have found a lovely place to grow into their golden years here. Lastly, everyone in Sun City West loves dogs. The pet-friendliness goes hand-in-hand with the gregarious nature of this beautiful place.

With three veterinarians, five parks, and around 11 square miles of walking space, Sun City West has become a haven for dog lovers since it was finally built in 1998.  At the center of Sun City West is the Hillcrest Golf Club, which functions as the center of community life for the city. Dog lovers can stroll along The Agua Fria River, which flows through 120 miles of scenic Arizonan lands. Fans of Tex-Mex cuisine will also love Sun City West for its abundance of pup-friendly restaurants serving up southwest favorites.

Does your dog just adore the park? If your car's trunk is a smorgasbord of tennis balls, frisbees, and everything canine, then The Old El Mirage neighborhood is calling you and your pup's name! Home to three on-leash parks, the Old El Mirage is a great place to walk or play with Fido. The Bicentennial Park (also known as Lizard Run) has a playground, short loop for walking, and a wide open field perfect for a game of fetch! Head a little further west and you'll find Three Star Park. This park has a sand volleyball court, basketball court, and a kids’ playground. For the four-legged kid, there's a picnic area ready for an on-leash walk of the park. There's also Floyd Gaines Park which is a great place for a relaxing picnic with your puppers.

Does your pup love to socialize off-leash? Then head over to the Johnson Meeker neighborhood! This neighborhood is home to Small Dog Park, which, despite its name, has two separate areas for both small and large dogs to play in a fenced-in area. The whole neighborhood agrees this park gets two paws up! After chasing other pups around all day, you and your doggo have probably worked up an appetite. One of the best spots in the city is the Crooked Putter Restaurant & Bar, a family owned and operated joint with a golf motif. Try the original putter burger, or go for the southwest burger, with thick-cut bacon and BBQ sauce. Your dog will fit right in at the Crooked Putter, which has outside seating for you to enjoy a meal with Fido.

Does your dog need brisk walks every day to keep him happy and well-exercised? Sunglow is a great neighborhood to take a jaunt through the suburbs. You and your doggo can walk the loop around W Stardust Boulevard, wagging tails and waving hands at the neighbors. Halfway through the walk, you can stop at Razzle Berriez frozen yogurt for a healthy scoop of frozen yogurt with your 'pupsicle!' Be sure to clean up after your pup while you're exploring this neighborhood. No one likes a litterbug!

Does your dog feel just as home in the water as he does on land? Spanish Garden might be the neighborhood for your water-doggo! This neighborhood is tucked right up against The Agua Fria River, which offers mountainous trails to walk along the river's edge. Although there's no official trail here, it's still a beautiful place to take your dog when the sun's high in the sky. After walking along the river, it's time for some 'pup-corn.' Or, maybe a Sonoran wrap from Birt's Bistro? The restaurant is completely dog-friendly and has some of the best southwestern omelets in Arizona—topped with chorizo and green chili!

Does your dog feel more attuned to the city life? Across The Agua Fria River is the Coyote Lakes neighborhood, which hugs Sun City West's sister city, Sun City Grand. Your dog can get some fun off-leash play time at Duffeeland Dog Park. Duffeeland is brand new and plays host to dogs and their loving owners all throughout the day! Of course, after chasing tails around all day, you'll want to find a place where they say, 'bone appetit!' Your first stop could be at the Hurricane Grill & Wings. This is a place where you shouldn't order a salad (get the wings instead -- they're great!) and Fido is welcome to pop a squat on the deck outside with a water bowl. Also pet-friendly in Coyote Lakes is Ann's Bistro & Bar, which serves delicious, authentic Cantonese dishes.