I'm Ariana and I've been walking other people's dogs since I was about 7 years old. Did I get paid? Nope, I just wanted to walk dogs because I loved them so much! Years and years later, I still love walking dogs. I've walked dogs of all sizes, from toy poodle puppy to huskies; and I'd love to walk your dog!!

Hi! I'm Pauline and I'm a writer and lifelong animal lover. I have experience in both dog walking and pet sitting, caring for dogs as small as a little Westie to as large as a senior Great Dane (who also required medication to be administered daily). If you're in need of a walker who will love and care for your dog as much as you do, look no further! Your pet's safety will be my top priority as your dog walker, but I'll also be sure to give tons of pets/cuddles too :)

I have several dogs of my own and have always had a dog in my home. I love all breeds, small and large.I do a lot of walking and hiking and bring my dogs with me for daily exercise. I will treat your dogs like my own and you can be assured they are handled with the best of care when I am their walker.

I'm Ashly. I have great love & respect for the happiness that our pets can provide & am intent on giving them the same. I am motivated to serve our animal and human population by providing the BEST experience for you & your fur baby. I specialize in relationship-building, behavior & personality management, balancing the pack’s energy (so your dog feels safe) and relieving your worries!

“Going above & beyond for your pets!”

Hi, I'm Mae! I've been around dogs since they were bigger than me and LOVE to meet new furry friends! I will look after your pet like they are my own and do my best to accommodate their and your needs and requests. I have looked after pups as young as 9 weeks to as old as 16 years! If you like my service, please make me a preferred walker! *Regular clients: I'm starting a year of service w/the AmeriCorps mid-May and will be moving away! :( I will miss your pups terribly! Thx for everything <3

West Warwick is located in Rhode Island’s Kent County, not too far from Greenwich Bay. The town is also just 30 minutes south of the state’s capital city, Providence. West Warwick was officially incorporated in 1913, which makes it Rhode Island’s youngest town; however, the town can be traced back much further than that. Once considered just part of Warwick, the town actually divided due to disagreement between political parties. The Democratic party was tired of the Republican-owned farmland in the eastern section of Warwick, and thus, West Warwick was born!

If you’re looking to have some fun in West Warwick and want to bring Fido along, you might have to look elsewhere. Unfortunately, West Warwick has just one dog-friendly restaurant. There are no dog-friendly shops, and there isn’t a dog park located in the town. Don’t fret, though; you won’t have to travel too far to include your four-legged family member. There are plenty of dog-friendly activities and places within 20 miles of town. There are also a couple of veterinarian clinics in the general area, so help for your sick or injured pup isn’t too far away. West Warwick is a beautiful town with a lot of history, and if you don’t mind a quick drive, it’s a great place for your dog, too!

Just seven miles east of West Warwick, you and Fido can go visit Warwick’s City Park Dog Park! This popular bark park has two separate areas for different-sized dogs to make sure there’s no unfair ruff-housing. Being fully fenced in means that this park lets your dog have some fun off-leash. For pup parents, there’s plenty of seating. Water and waste disposal bags aren’t provided by the park, so make sure you grab some from home; no one wants to clean up your dog’s mess. Your dog is sure to have a ball at City Park Dog Park!

Listen, sometimes you’re just craving carbs, and if you want to bring your dog along for the meal, make sure to check out West Warwick’s Aquilante’s Bistro and Tavern! This Italian restaurant has a dog-friendly patio where Fido can join you – as long as he stays on his best behavior, of course. The tavern’s specialty dish is an incredible seafood pasta served with marinara sauce; locals love it! Aquilante’s also dishes up amazing sandwiches if you’re searching for lighter fare. Make sure you save room for dessert, though. You wouldn’t want to miss it! Bone Appetit!

If you and your dog enjoy going for walks together, make sure to head to nearby Coventry to access the Washington Secondary Bike Path. Despite the name, hikers and their leashed dogs are more than welcome to use this trail, which has an access point just three miles from West Warwick. Whether you’re a beginner or an expert at hiking, this trail is perfect. At 19.2 miles long, even the most experienced hiker is sure to get a workout in. Make sure to bring plenty of water for both you and your pup. You’ll also want to bring some waste bags to clean up after your dog; trash cans are available along the trail. 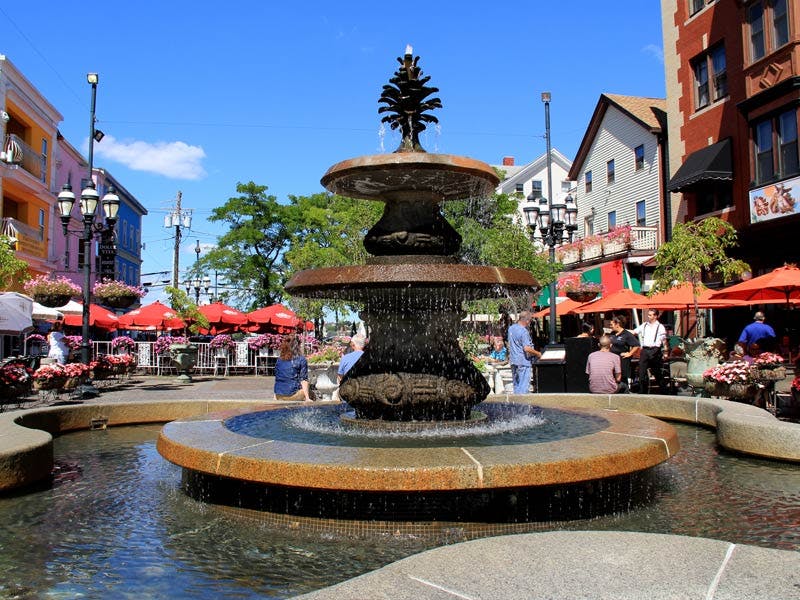 Located about 25 minutes north of West Warwick, you and Fido can visit the capital city’s Federal Hill neighborhood, which is home to Dexter Dog Park! This bark park is completely fenced in, and it’s situated within Dexter Training Grounds. You can have a seat and relax while your pup plays with his pawsitively wonderful new friends. This dog park has plenty of room for Fido to get his exercise. Water and waste disposal bags aren’t provided by this park, so make sure to bring some from home; you may want to bring a couple of extra along, just in case. 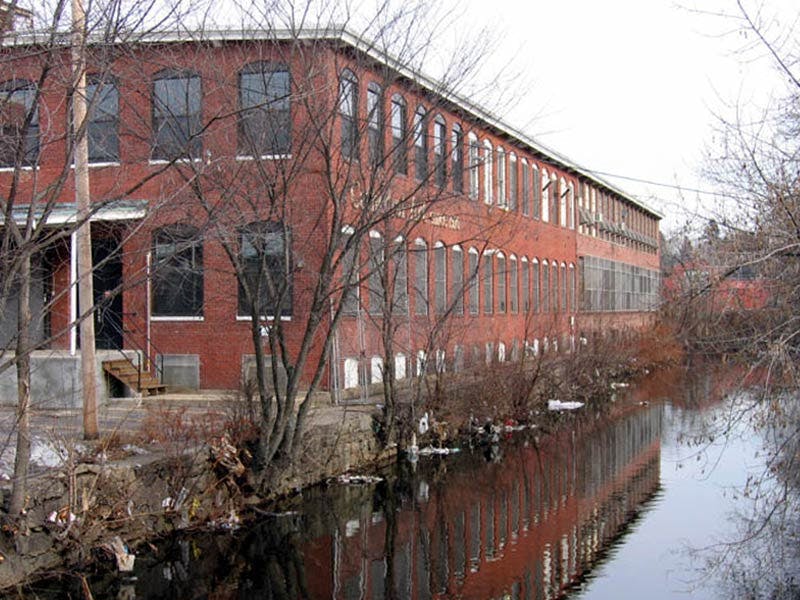 Also in Providence, just about 30 minutes from West Warwick, you and Fido can go play at Bell Street Dog Park! This dog park is, of course, located on Bell Street, and it can be found behind the chapel. This fenced-in area allows your dog to have some off-leash fun while playing with his furry friends. There’s seating for dog moms and dads, but the park does ask that you keep your dog off the benches. Waste bags are provided by this dog park, so you can leave those at home, but you will want to bring some water with you.