“Animal lover through and through!”

Hi there! I'm Brittaney, and have been an animal lover since I was a small child! I grew up with dogs my whole life and had various pets throughout my childhood (rabbits, gerbils, birds, squirrels, and the occasional frog or gecko.) I volunteer for Rockabully AF Rescue Group based in Houston, Texas, and have been a volunteer for the Puppies for Breakfast event for the past 5 years. I am compassionate, patient, and an all around avid animal lover!

I am 29 years old and I enjoy being with dogs! I take care of dogs as if they were part of my family. I own a Yorkshire that is 10 years old now, and I had a french poodle long time ago. I used to take care of my neighbor's dog in the past and I am really excited to start taking care of yours!

“Care as if you were there.”

I am mom to 2 dogs, 3 cats, 2 hermit crabs and a box turtle. I and have been caring for and training animals since I was a little girl. I am the go-to walker/sitter for my friends and family, and would love to help care for your fur baby/babies when you aren't able to.

“I will do my best for you and your best friend!”

Hi, my name is Russell Danielson. My experience with dogs began many many years ago. Growing up we always had dogs and I continued that throughout my life and currently have 3. All of my pups have come through the front door as rescues. Through the years I have puppy sat for friends and family and even hosted puppy sleepovers. I look forward to meeting your four legged furry friend!

I love all dogs, long walks and fresh air. I am a full time college student with free time to walk your best friend. I will always give your pooch the patience and understanding needed to have a peacful and relaxing walk. I have 5 + years professional experience caring for dogs of all ages and needs.

My name is Anzony and I have 5+ years of experience in Dog Walking, Daily Visits, Potty Breaks, Overnight Pet Sitting, Around the Clock Care, Dog Park Trips, Hikes for my own dogs and family/friends dogs. I’m looking forward to offering the best service pawssible to get your dog out for a GREAT walk. Every step of the way I will make sure you feel secure that your dog is being taken cared of. Let me prove it to you by walking your dog today, as I guarantee you and your dog will be happy!

Hi! I’m Shaina, hopefully your dogs new best friend.I have experience working as a kennel technician for 7 years. I am a 1 year Wag veteran in the Houston Area. I have 2 dogs myself Lady (14) and Wiley (10). I am located in the Midtown/Montrose area.Im currently working as a full time dog walker so your furry friend can have a companion 24/7! Whether it’s a simple walk, a dog park field trip, or just cuddles, I’m here for all your pet personal needs. Thanks!

Hi, I'm Carla a proud parent of a dog and a cat (Foxy and Arya). I have 4 years volunteer experience at Houston SPCA. I have successfully found furever homes for multiple stray pets. As an avid animal lover, I'm looking forward to help you with your dog walking needs!

Hello, I absolutely love the companionship of dog! I was raised with them and have lived with them my entire life. I love the concepts of good behavior training over traditional and understand the importance of taking about 45mins of the day to sniff around! From large to petite 4-legged friends are great to work with. Lets get to walkin'!

I am currently a student at Animal Behavior College eager to use my experience in caring for your beloved pet. While our pets provide a large amount of faith and unconditional love, I plan to return the same favor. Allow me to create PAWsome adventures with your beloved pets. Thank You!

The city of Deer Park, Texas was named by Callie Highfield, who was a farmer and traveler. He named the city after the large amounts of deer that he would see on the plains. Deer Park is famous for more than just its wildlife, though. The city calls itself "the birthplace of Texas", and rightly so -- the battle which won Texas its independence from Mexico happened nearby, and the official treaty ending the war was signed in a cabin in Deer Park.

Historic Deer Park also loves its canine residents and visitors! There is a dog park for you and your pooch to visit here, along with 5 restaurants that are dog-friendly. If you have a hankering for some BBQ, The Brisket House is a good choice! They have outdoor seating to accommodate you and your furry friend, and they're open everyday so you can chow down any time. There is also the Pita Pit, which is located on Spencer Highway in Deer Park. They mainly serve -- you guessed it -- pitas! The food is very good, the staff is friendly, and they offer outside seating for you and your pooch to enjoy a meal together.

If you're looking to dine with your darling dog, Deer Park is a great place to do it! Unfortunately, Deer Park doesn't have a lot of other activities for dogs, but you'll find many other amenities, such as parks, walking trails and restaurants, only a short drive away out of town.

If you are looking for your pooch to run off some energy and get in some exercise, Deer Park has just the spot for you! The Ella and Friends Dog Park is located on West 13th Street and is a nice area for your pooch to enjoy himself. This park has two separate areas: one for smaller dogs and the other for larger dogs. The entire off-leash area is fenced in for your pup's safety. The surface is grassy, so your furry friend will have no trouble running around with other canine pals. There are some trees for shade and a lot of places to sit. The park also has night lighting in case you want to stay longer or can't get to the park until later. Drinking water is provided, but you will want to bring supplies for cleaning up. Grab a ball and head over to this puptastic park! 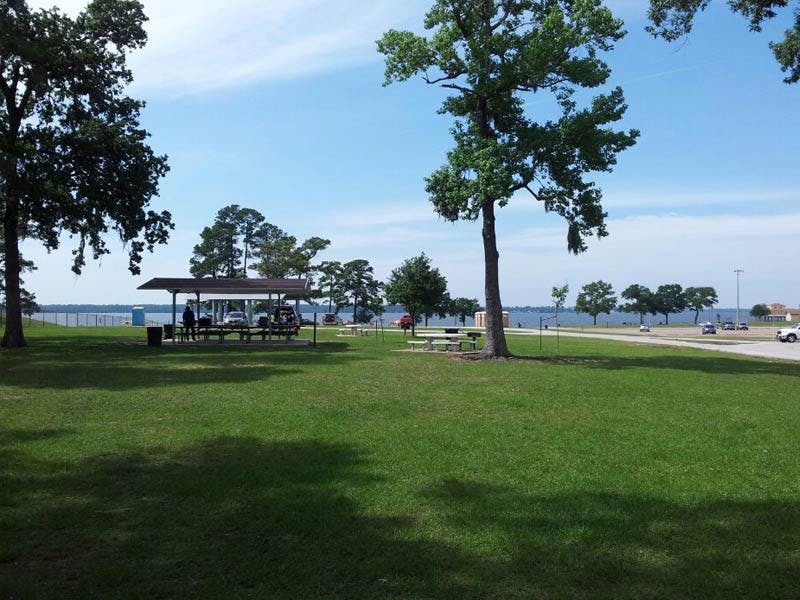 This pawesome neighborhood is located 18 miles from Deer Park, and is home to the Alexander Deussen Dog Park. This park has two separate areas for large and small breeds. Both areas at this off-leash park are fenced. Seating and shade trees are provided for additional comfort while you visit. The park also has agility equipment for your canine pal to play on, which your pooch will love romping on with his new friends! If you just want to walk with your dog, the paved walkway is pawfect for a stroll. You will want to bring water and supplies for cleaning up with you. Before you leave, rinse the grass out of your pup's fur with the hose, or just let them cool off before heading back home. 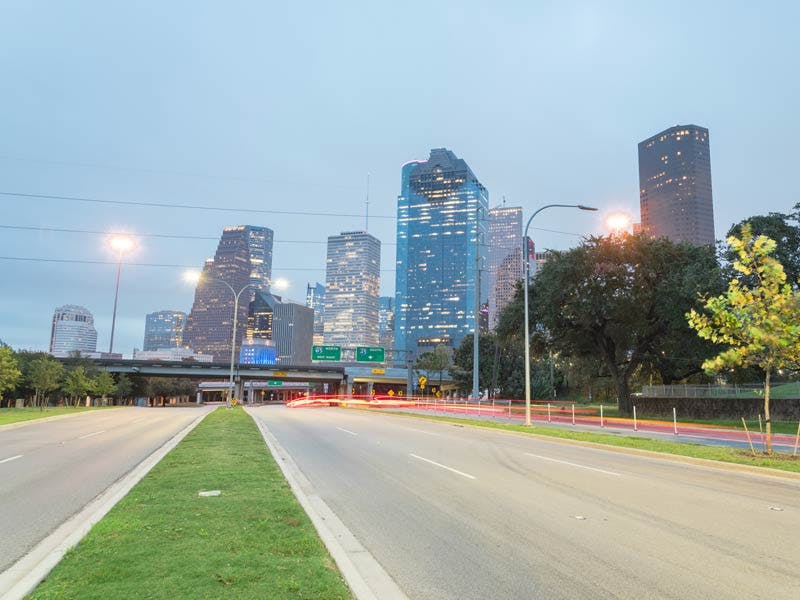 You'll find Buffalo Bayou Park just 18 miles from Deer Park, and, once you arrive, we're sure you'll agree that the short drive was well worth it! This community park is home to an off-leash dog park where your pooch can explore freely. Benches and covered tables provide pet parents with a shaded place to sit while watching their furry friends play. You will want to bring water and doggie waste bags for cleaning up. Also, if you want to enjoy a nice walk with your furry friend, there are paved walkways right outside the dog park. Put on your walking shoes and enjoy this puptastic park with your pooch!

This dog-friendly neighborhood is located about 18 miles from Deer Park, and is home to the Tom Bass Regional Park. You'll find an off-leash dog park inside the main park, which is the pawfect place for your pal to get some exercise! When out in the main park area, your pup will need to be on a leash. The dog park has two different areas depending on the size of your furry friend. There are water fountains for thirsty pups and also waste stations for a more convenient clean-up process. The area is full of lush green grass for your canine pal to roll around in with his new canine companions. Shade trees and some seating are available as well.

Nearby Pearland is home to The Southdown Dog Park, located 18 miles out of Deer Park. The dog park is an expansion of the community park. This is a nice area for your pup to explore off-leash and sniff out some new scents. The surface of the doggie area is covered with soft green grass, and your pooch will love romping all over the agility equipment. The park provides several water fountains for thirsty pups, but you will need to bring your own doggy waste bags for cleaning up. Something to keep in mind is you may want to bring something for shade, as there is not much shade available. This park would be perfect for a game of fetch with your furry friend!