How to Train Your Dog to Say I Love You

Saying “I love you” can be difficult enough for people to do, much less for a pooch who speaks in barks, whimpers, and body language! But with practice, patience, and a “pawsitive” attitude, you can teach your dog to say these three special words and entertain your friends and family with your pup’s incredible talent.

Aside from impressing your friends, teaching your dog to speak can be an important training and bonding moment between you and your canine companion. The connection that can be created from mastering this trick will help both of you become better communicators and better friends.

Teaching your dog to say “I love you” is a fun but challenging experience. Be aware that some dog breeds may have an easier time than others when it comes to “talking” or mimicking human sounds. Siberian Huskies, Beagles, Border Collies, and other vocal breeds will tend to master this trick faster than non-vocal breeds like a Saint Bernard or Mastiff.

Keeping your dog’s breed in mind, always approach these training methods with a positive, gentle tone. Even if your dog is a “talker,” this trick is still a difficult one to learn. An enjoyable training experience for your dog means a stronger relationship with you, and the likelihood of your dog learning other tricks at a quicker pace.

Aside from an upbeat, fun attitude, make sure to keep the training sessions short for your dog, no longer than ten minutes each. You can have several training sessions a day as long as they remain short and sweet. Switching up training sessions, exercising, cuddling, or playing with your dog between “talking” sessions will keep your dog engaged and in the moment with you while also giving her a break from the training.

Always end your sessions on a high note. Be sure to have some treats on hand to praise and reward your dog when he finally says those three words to you!

Step
1
Teach your dog the 'speak' command
Take your dog's favorite treat or toy and hide it behind your back. Wait until your dog is about to bark in anticipation, say "speak," then reward her when she barks.
Step
2
Practice this cue repeatedly
Practice the 'speak' command in short ten-minute sessions to warm your dog up for saying "I love you."
Step
3
Tell your dog "I love you"
Your dog can learn quickly by imitating your speech. Tell your dog "I love you" with a soft emphasis on the "I," a loud emphasis on "love," and back to softer tone with "you."
Step
4
Reward your dog
After you say "I love you" to your dog, immediately reward her for any attempt she makes to imitate any of those words.
Step
5
Keep practicing until perfect
Continue to practice these steps, and reward your dog only for the best attempts she makes to stay "I love you."
Recommend training method?
Step
1
Teach your dog to bark on command
Select one of your dog's favorite treats or toys, show it to your dog, then hide it behind your back. This action should prompt your dog to bark in excitement. When she barks, say "Yes!" and reward her with the treat.
Step
2
Introduce the "speak" command
Hide the treat behind you back. Keeping your voice at a consistent tone and volume, say "speak" before your dog barks. Reward her, then repeat this step several times.
Step
3
Use the "speak" command by itself
Stop hiding the treat, and instead give your dog the "speak" command. Wait until she barks, then reward her.
Step
4
Move to three successive barks
Repeat Step 3 until your dog is able to bark on command three times in a row.
Step
5
Go from a bark to a howl
Once your dog can bark three times in a row on command, teach her to switch from a bark to a howl. Mimicking the sound first may encourage your dog to follow suit.
Recommend training method?
Step
1
Find a quiet place to work
Choose an area that is relatively quiet and as free of distractions as possible. You want your dog to focus on you during the training, and not on anyone or anything else.
Step
2
Teach your dog to respond to the clicker
Once your dog's attention is on you, click the clicker, then immediately give your dog a treat. Repeat this step until your dog understands that reacting to the click means getting a treat.
Step
3
Capture the vocalization
Find something that makes your dog vocalize in some way. Use a treat or a favorite squeaky toy, and as soon as your dog vocalizes, use the clicker and give her a treat.
Step
4
Define the vocalization
Move from treating your dog for any vocalization to treating for specific two or three-syllable sounds. Make sure to only treat your dog if she makes those specific yowls.
Step
5
Choose a cue
Select a phrase to cue your dog to make the "I love you" vocalization. A question like "Do you love me?" or a statement like "Tell me you love me" will eventually cue your dog to make the desired vocalization sounds.
Recommend training method? 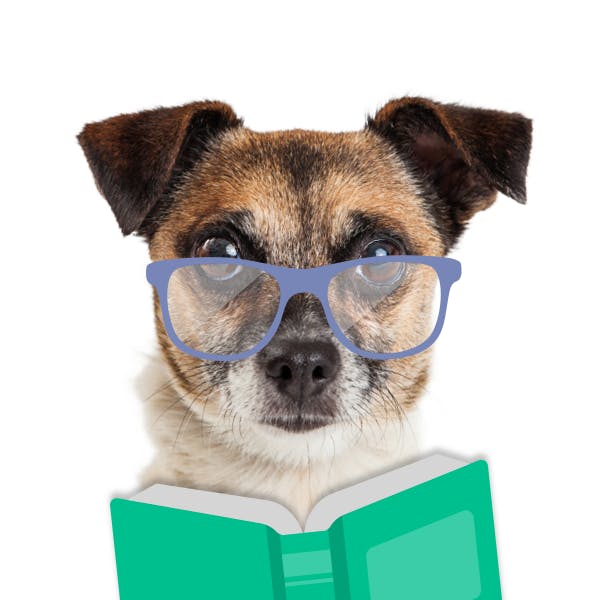 I want to teach me puppy to say "I love you", but I dont know the best/easiest way to do this! Help?!

Hello Brianna, The key to teaching this is to first teach your pup to simply make noises on command - which can be taught by rewarding pup when he makes noises on his own, or encouraging him to make noises by making noises yourself, knocking on the door, playing recordings that encourage howling or barking, or using other things that you know he tends to bark or "talk" to. Once pup can make noise on command, then you begin rewarding pup for making noises repeatedly, rewarding any noise that sounds closer to the words I Love You with a lot more treats. As pup gets slightly closer to the correct sounds, only reward when the sounds sound closer to those three words than before; this takes a lot of practice and often a dog with a good vocal range, who can physically make the noises needed to sound like the words I love you. Reward anything that sounds closer to I Love You, gradually helping pup get closer and closer. Use whichever of the three methods will be easiest for your dog to learn to make lots of different sounds - which will increase your odds of pup making the right sounding type of sounds. If you still aren't sure which method to use, then I suggest using the Bark. Speak. Howl method, and also check out the article linked below on how to initially teach Speak and how to initially teach howl - which is needed to use the Bark. Speak. Howl method: Speak: https://wagwalking.com/training/train-a-german-shepherd-to-speak Howl: https://wagwalking.com/training/train-a-german-shepherd-to-howl Best of luck training, Caitlin Crittenden

Took me all of five minutes for him to mimick me, he is a pure joy in my life😍