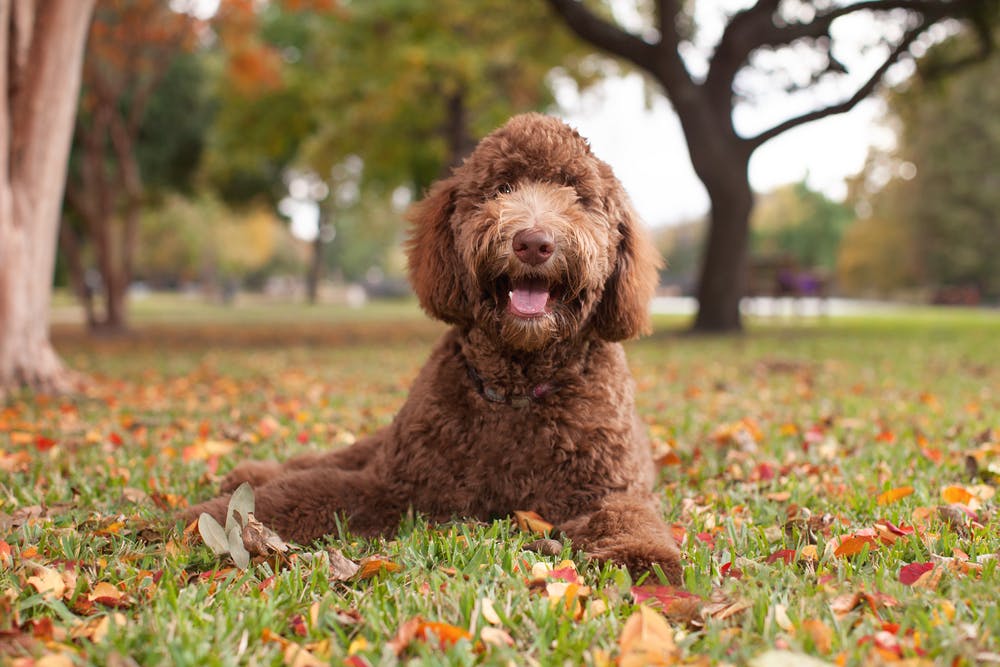 Since the Westminster Kennel Club hosted their first event in 1877, dogs have competed to prove they're top of the pups. The popularity of dog shows has boomed over the years, with over 3,200 dogs competing annually in the Westminster Dog Show alone.

While dog shows seem like good fun, there's been plenty of controversy surrounding these competitions, especially relating to breeding practices.

Spectators watching these events might also ask themselves, "Are show dogs happy spending their lives performing and competing?" Here's a look at whether show dogs are happy or if they'd prefer to lead the life of an average pup.

The consensus among people involved in dog shows, both spectators or competitors, is that dogs enjoy competing. Usually, show dogs are trained from puppies, with their pet parents spending large sums of money to ensure they're the best doggo they can be.

Training is a bonding experience, and as long as a dog gets plenty of positive reinforcement, a few belly rubs, and some tasty treats, they're sure to love their show dog training.

Most show dogs also spend their downtime with their pet parents, acting like your average mutt. Show dogs also tend to get the best veterinary care possible to keep them in top shape to perform.

That being said, some pet parents take a hands-off approach to training their show dogs and will hire a handler to do the bulk of the work. Hiring a handler doesn't mean the show dog is treated differently, and most people employ handlers because they have more experience competing.

One potential issue with dog shows is the amount of traveling involved. Some may argue that constantly moving a dog from place to place is cruel and could cause unnecessary anxiety and stress. However, most show dogs are crate-trained, making travel a bit easier.

While you can't guarantee every show dog loves competing (and we can't exactly ask them), most seem happy to spend quality time with their favorite humans. There will always be a few rotten eggs who don't treat their show pups properly, but luckily, these people are few and far between.

The dark side of dog shows

While pups generally enjoy competing and dog shows seem innocent on the surface, there's a dark side to dog shows. Overcompetitiveness and strict breeding standards have led to some unsavory incidences at past dog shows.

At past competitions, there have been incidences of dogs being poisoned, leading their pet parents to accuse others of foul play. One famous incident in 2015 happened during Crufts when a Red Setter named Jagger died shortly after the competition. An autopsy found cubes of steak filled with poison inside Jagger's stomach.

Another incident in 2013 involved the death of a 3-year-old Samoyed named Cruz. Some reports state these dogs died from accidentally ingesting rat or slug poison before or after the show; however, there doesn't seem to be conclusive proof either way.

While these incidents weren't conclusively proven to be intentional poisonings, the potential for others to harm (and even kill) a dog over a show is alarming.

Undoubtedly, the biggest issue with dog shows is selective breeding. Purebreds tend to have a host of genetic problems, causing health defects ranging from arthritis to heart murmurs. Selective breeding has also permanently changed the way some breeds look.

For example, Pugs used to have longer snouts, but as their short muzzle is seen as cute and favorable, the longer snout has been bred out, leaving Pugs with breathing difficulties.

Selective breeding affects dog shows because of breed standards. Set by national kennel clubs like the AKC, breed standards specify the physical traits a dog needs to win. For example, the breed standard for German Shepherds states that they should have a slightly sloped back, leading breeders to target this trait aggressively.

One memorable example of selective breeding being in the spotlight was at Crufts 2003. Yakee, a Pekingese, won Best in Show and had to be cooled down with an ice pack during the presentation ceremony. Pekingese suffer from brachycephaly caused by selective breeding and have trouble breathing.

Breeding to meet breed standards can also narrow the gene pool. Flaws in individual genomes cause genetic abnormalities, which are passed from generation to generation.

While some minor efforts have been made to lessen the effects of selective breeding, it's still a massive problem in the dog show world and is the worst aspect of competitive dog shows.

What happens when a show dog retires?

You might also be asking yourself, "What happens to show dogs when they retire?" Show dogs generally live the rest of their lives as family pets. Usually, a show dog's handler will rehome them when they retire so the handler can continue show dog competitions with younger dogs.

Rehoming may seem cruel, but usually show dogs are so well-trained they have no issues adjusting to a new family and a new setting. The most successful show dogs will also retire to breed, as they possess the best breed traits to pass on to future generations.