Hi! I grew up with a dog in the family as well as several other small animals. Now I’m the proud owner of a beautiful German Shepherd and a cute staffy so our house knows all about energy! Our favorite things to do are to go on long walks, sniff posts, and run around in our backyard in Canonsburg. I have met so many cool dogs and owners through this service over 2 yrs; it has brought such joy to my life! I cannot wait to meet your best friend and I’m hoping I can be their “second-best- friend”!

My name is Nicole, I’m 30 and I love, love, love dogs! I have had different dogs all my life and did go through veterinary technician schooling. I feel like when I’m around dogs, pet sitting or spending time with my own, nothing else matters. I am a very hard worker and will treat your pup with as much love as I have!

I've been a dog and cat owner for over 20 years and my animals are my family. I've volunteered at the local Humane Society and participated in an animal therapy program. I look forward to taking good care of your pup!

I have worked for over 10 years, with my family, to walk and board dogs. In addition, we work with rescue dogs walking them on the weekends. We are very reliable and have never missed an appointment. Also, we treat these dogs as if they are own. Let us be a temporary owner to your animals while you are away.

Hi pet owners, Your pet is in good hands with me. I love dogs and will always put tender loving care towards them. Treat them like they are my own. I’m friendly and caring and enjoy going for walks with the dogs. I’ve been doing dog walking for about a year now and I still love doing it. Being able to be around your pups makes my day. Whatever your dog needs, I’ll be there for them.

Lover of all animals. Animal mom to four dogs, two cats, and two ferrets. I have worked/ volunteered in multiple animal shelters and worked with all breeds and sizes.

Hi! My name is Courtney! I've grown up with dogs my entire life and currently have 2 pups of my own! I have been with Wag for over a year and love spending time giving your pets exercise and LOVE! I can’t wait to meet your furry best friend :)

Hi, I'm Erika! I’m an enthusiastic, friendly dog walker with experience training & caring for dogs. I’ve grown up with dogs my whole life-my most recent dog, Peanut, a 12 y/o chihuahua, is my best bud. In puppyhood, I trained & raised him to be the obedient sweetheart he is. I've also helped past roommates train their pups & frequently dog-sit them. Dogs bring me such joy-just as I can count on them to brighten my life, you can count on me to give your pup the exercise and outdoor time they need

Hello, I live with a English Mastiff, Yorkie mix, Lab mix, birds and cats. I have been dog sitting and walking for 8 years and also volunteered as a dog walker at the humane society and also worked at a pet store.

Hi! My name is Erik! I've grown up with dogs my entire life, and currently have two best friends of my own, Maybelle and Phoebe. I love going for runs in my neighborhood and staying active, and I want to pass that along to your pups! Looking forward to spending some time with your furry best friends.

South Park Township is a community located twelve miles south of Pittsburgh with a history dating back to the 1700s. South Park Township is the location of the Oliver Miller Homestead where, in 1794, the first shots of the Whiskey Rebellion were fired. The Whiskey Rebellion was a protest during the presidency of George Washington against the first tax imposed on a domestic product by the newly formed federal government. A large portion of the township is made up of the 2,013-acre county park of the same name, making it an ideal spot for walks with your doggie.

The beautiful surroundings of South Park are one of the reasons many families have chosen to live there, meaning a growth in population from a mere 831 in the 1900s to the current estimated population of 13,416. The desirability of the township as a great place to live can also be seen in the ongoing construction of new homes in the area.

If you’re planning on extending your stay to check out the sights that South Park has to offer, there are a number of pet-friendly hotels in Pittsburgh, including the Hampton Inn and Doubletree, where there’s no pet fee, and big dogs and more than two pets are allowed.

South Park is a 2,013-acre county park and is the second largest park in the county. In the 1930s, South Park was the setting for the local county fairgrounds. For more than thirty years, the fairgrounds attracted a half million people each season. Today, the fairgrounds are gone, but in their place, the park offers all the amenities one would expect in a modern county park. These include a wave pool, golf course, ice skating rink, picnic groves, tennis courts, and miles of trails for you and your pooch to explore. Oh, and there's also a dog park here that Fido will pawsitively love! 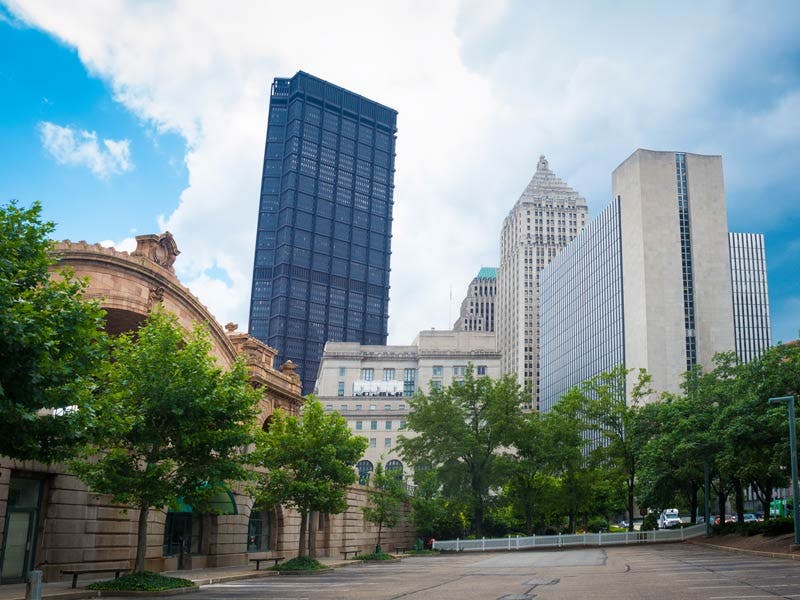 The Rails-to-Trails Conservancy is a non-profit organization that is converting disused railway lines all over the country into walking trails. The Great Allegheny Passage is one of 1,600 rail-trails supported by the Rails-to-Trails Conservancy. Previously an unused railroad corridor, the 150-mile Great Allegheny Passage now connects with the 184.5-mile C&0 Canal Towpath at Cumberland, MD to create a 334.5-mile route between Pittsburgh and Washington, D.C. free from traffic and motorized vehicles. Indeed, motorized vehicles are strictly forbidden! Bicycling and hiking are the two most popular activities on the trail, as well as fishing and bird-watching. The trail is accessible from Point State Park in downtown Pittsburgh between dawn and dusk.

Nestled in the Hartwood Acres Park, in the nearby neighborhood of Allison Park, is the Hartwood Acres County Dog Park. (That's a lot of parks!) This is a well-maintained dog park that is always bustling with people and their pooches. Water is available for thirsty mutts at a newly installed water pump. Wandering around the beautiful Hartwood Acres Park itself, you’ll never believe that you’re in the center of a big city. But the good news is – you are! Only a 30-minute drive and you’re in the heart of Pittsburgh – or the “City of Bridges”, as it’s known. (Fun fact: Pittsburgh has more bridges than Venice! 445 of them!)

Bellevue Woods Dog Park in Bellevue Memorial Park is a spot much loved by both residents and visitors alike. The park has large open areas for dogs to run and play, as well as wooded areas for you and your pooch to explore. If your dog is a little on the small side and you’re worried about them having to mix with bigger dogs, then this park is for you! Not only is there a separate area for small dogs, but the park hosts an event called Small Dog Social on Sunday afternoons. The park also features a small pond and an agility course. 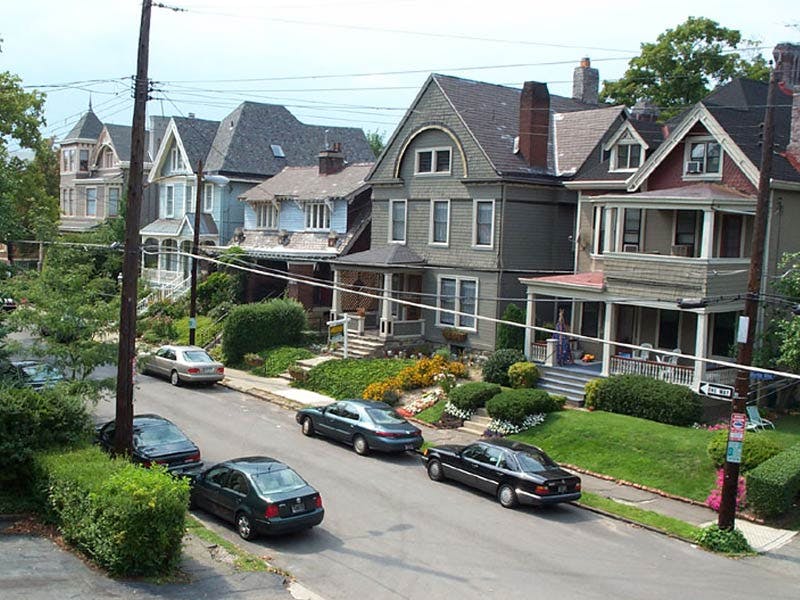 If you decide to head to Pittsburgh in search of some eats, there are plenty of dog-friendly options. Cappy's on Walnut St is a great healthy alternative since they don’t have a fryer, so everything is baked, broiled, or grilled. Hot meatloaf dinner, pasta with meat sauce and garlic toast, strawberry chicken salad, and pot roast are a few of the many items on offer. The restaurant has outdoor seating where dogs are welcome, and the staff will also provide a water dish for your thirsty pooch. And afterward, you can both take a wander around the lovely Shadyside neighborhood, where Victorian mansions rub shoulders with modern apartments and condominiums.