The Chinese Shar-Pei is a dog breed known for its coat of wrinkles and Shar-Pei translates to “sand coat” in Chinese. The Shar-Pei is known for being loyal and affectionate, but also independent and reserved. The Shar-Pei breed originated in China, which might have you thinking of naming your Shar-Pei a name related to the breed or it’s heritage. Initially bred in China for farming and hunting, the Shar-Pei is a unique and smart breed of dogs. By considering a name that reflects the heritage or characteristics of your Shar-Pei, you might discover a name that stands out to you among the rest.

Paddington is a Shar-Pei that lives in Tasmania located in Australia. Paddington rose to social media notoriety by posing for amusing photos staged by his owner, Annie. Paddington and Annie have had many photo shoots together and Annie has said that Paddington knows when the camera comes out it’s time to pose. Some photos feature Paddington dressed as a businessman, dinosaur, and shark. Not one to shy away from self-expression, Paddington displays a range of expressions through his various photo shoots.

Defying the myth that dogs and cats can’t be friends, Paddington is often spotted with his housemates in the photos. Paddington lives with not one, but three house cats named London, Sailor, and Butler who make cameos in his photos and also dress up, too. Owner Annie said that the household is a peaceful one when it comes to dog and cat cohabitation.

Paddington first rose to popularity a few years ago when Annie bought a camera and began taking snaps of her photogenic pup back in 2013. He is a cream colored Shar-Pei with a horse-coat. The Shar-Pei can come in various colors including black, fawn, lilac, red, and blue, and have coats that are described as horse-coat, brush-coat or bear-coat. The horse-coat is rather rough when brushed in one direction, but soft when brushed in the other. The brush-coat is identified as a longer hair coat than the other two coats. A bear-coat is a shaggier coat, with dog hair extending longer than an inch and typically softer than the brush or horse-coat.

Paddington is a great name to consider for a Chinese Shar-Pei given that the Shar-Pei is adventurous, confident, independent, and in some cases bear-coats themselves. When considering a name for your dog, maybe Paddington will be the winning name if it suits your Shar-Pei.

Selecting a name for your dog can be a difficult experience as you ponder names that fit your dog. It can be easy to select a name, but perhaps you want the name to be associated with the breed, China, characteristics of your dog, or all of the above.

When naming your Chinese Shar-Pei, you might want to connect a few concepts such as its coat, heritage, and breed characteristics, and it’s good to take a look at a number of options. Be sure to consider your dog's personality or temperament when thinking of the other name associations that are important to you.

If you don’t have a Chinese Shar-Pei yet, do some research on the breed and discover their personality traits. The Shar-Pei is known for distinct persona. If traits don’t speak to you, consider important historical or geographical names that could have meaning to you when you call for your dog. Perhaps you’ve visited China and have fond memories of a specific city or cuisine.

The naming possibilities are endless, but make sure that you choose a name that feels appropriate and memorable to you so that when you call your dog, you can be reminded of the meaning of your dog's name. 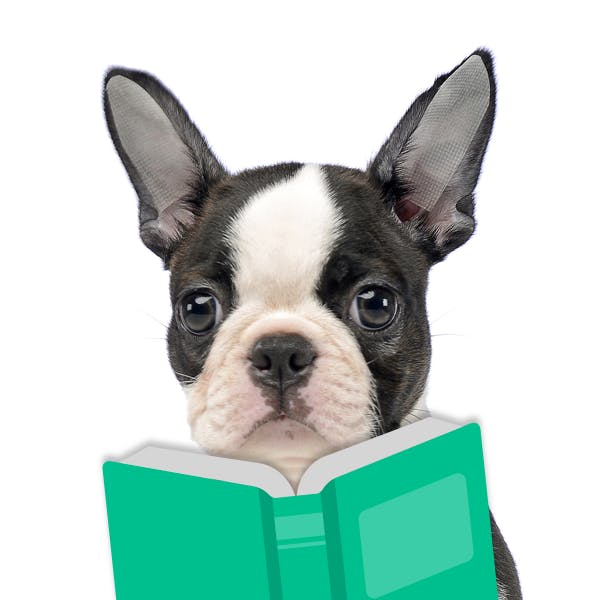 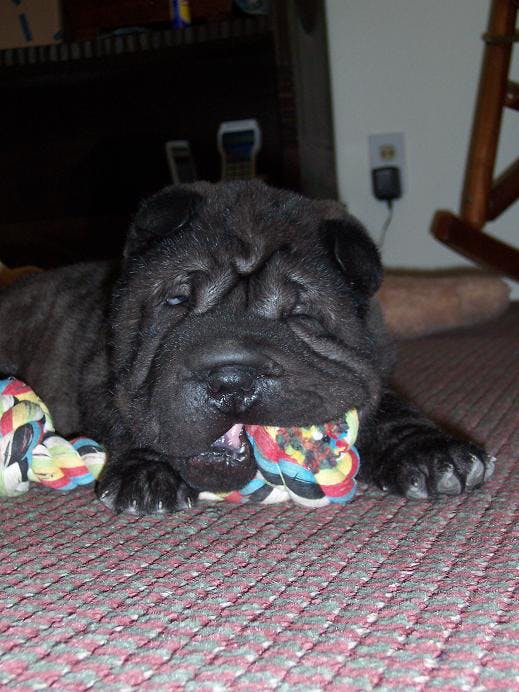 When we met him he was running around so active and confident that his full name is Rockin Rebel VooDoo Spitfire.