Dogs possess a lot of qualities that make them a favored pet choice. One of the qualities that come natural to almost all breeds of dogs is athleticism. Most, if not all dogs are gifted with agility, which is why they are quite active. Dogs also love to move around and run quickly. This is why a lot of dog owners use this quality as an inspiration for a name. If your dog is the type who likes to run around at a fast pace, then you’re in luck. Here, you will find lots of dog names meaning fast that will suit your speedy friend well.

When it comes to pop culture works, dogs are definitely one of the most represented animals. In fact, there are lots of major canine characters featured in films, television and other works. Oftentimes, these characters are portrayed as athletic and agile. For dogs with names meaning “fast”, perhaps one of the most popular is Bolt, from the 2008 animated film of the same name.

Bolt is a comedy-adventure film that was released by Walt Disney Pictures as its 48th animated feature film. The titular character is Bolt (voiced by John Travolta), a White Shepherd dog who is the star of a television series and believes himself to possess “superpowers”. His name is in reference to the speed of a lightning bolt. When he thinks that his human owner, a girl named Penny, was kidnapped, he unwittingly goes on a cross-country trip in order to “save” her.

The story of Bolt starts when he was adopted by then-seven-year-old Penny. Half a decade later, the duo became the stars of a successful TV series entitled Bolt. Being the main character of the show, Bolt is portrayed to have different sets of skills and superpowers, which he uses frequently in order to rescue Penny from harm. To make things more realistic, the producers create an illusion that makes Bolt believe that the things happening in the show are true and that he truly possesses some superpowers, including his famous “superbark”.

When a cliffhanger episode ends with Penny being “kidnapped”, Bolt is led to believe that the kidnapping actually happened. Thus, he attempts to get out of his on-set trailer but he knocks himself out and was left trapped in a box that was going to be shipped to New York. After finding himself in a new city, Bolt slowly realizes that his so-called “superpowers” do not work in the real world. During his time in New York, Bolt befriends a stray cat named Mittens and a hamster named Rhino, who happens to be a fan of Bolt’s show. Throughout their time together, Mittens tries to explain to Bolt that he is just a regular dog and teaches him how to live a normal life and survive on the streets.

Even after coming to terms with his normalcy, Bolt chooses to return to Hollywood to find Penny, even after Mittens’ objections. When he arrives at the studio, he finds Penny acting affectionately towards a Bolt lookalike during rehearsals. Thinking that Penny abandoned him, Bolt walks away. However, Mittens overhears Penny talking about missing Bolt, which she then relates to Bolt. During this time, a commotion was caused by the new dog actor, resulting in a fire with Penny stuck inside. Bolt comes to Penny’s aid but she starts to suffocate. As a last cry for help, Bolt uses his “superbark”, which eventually led the firefighters to their spot. The film ends with Penny quitting the show and adopting both Mittens and Rhino.

Naming a dog is a seemingly trivial task but in reality, it is very significant. After all, whatever name you choose will be the one that your dog will carry for the rest of their lives. While there are so many options and considerations, dog experts have a few pieces of general advice when choosing your pooch’s new moniker. For one, it is recommended that the name be kept short, for example, one with a maximum of two or three syllables. This is because dogs are only able to recall the first few syllables of a given word. Another is to avoid names which sound like basic dog commands. For instance, the name “Ray” sounds a lot like “Stay”, which could cause confusion on your dog’s part. It is also quite common for dog owners to choose a name based on their dog’s attributes. For fast-moving pups, names that literally mean “fast” (or other similar words such as “quick” or “swift”) are great options. Another ingenious idea is to choose a name of a character or personality known for their quickness. For example, the comic book character “Flash” is known for his superhuman speed and could be a good name for a fast dog. 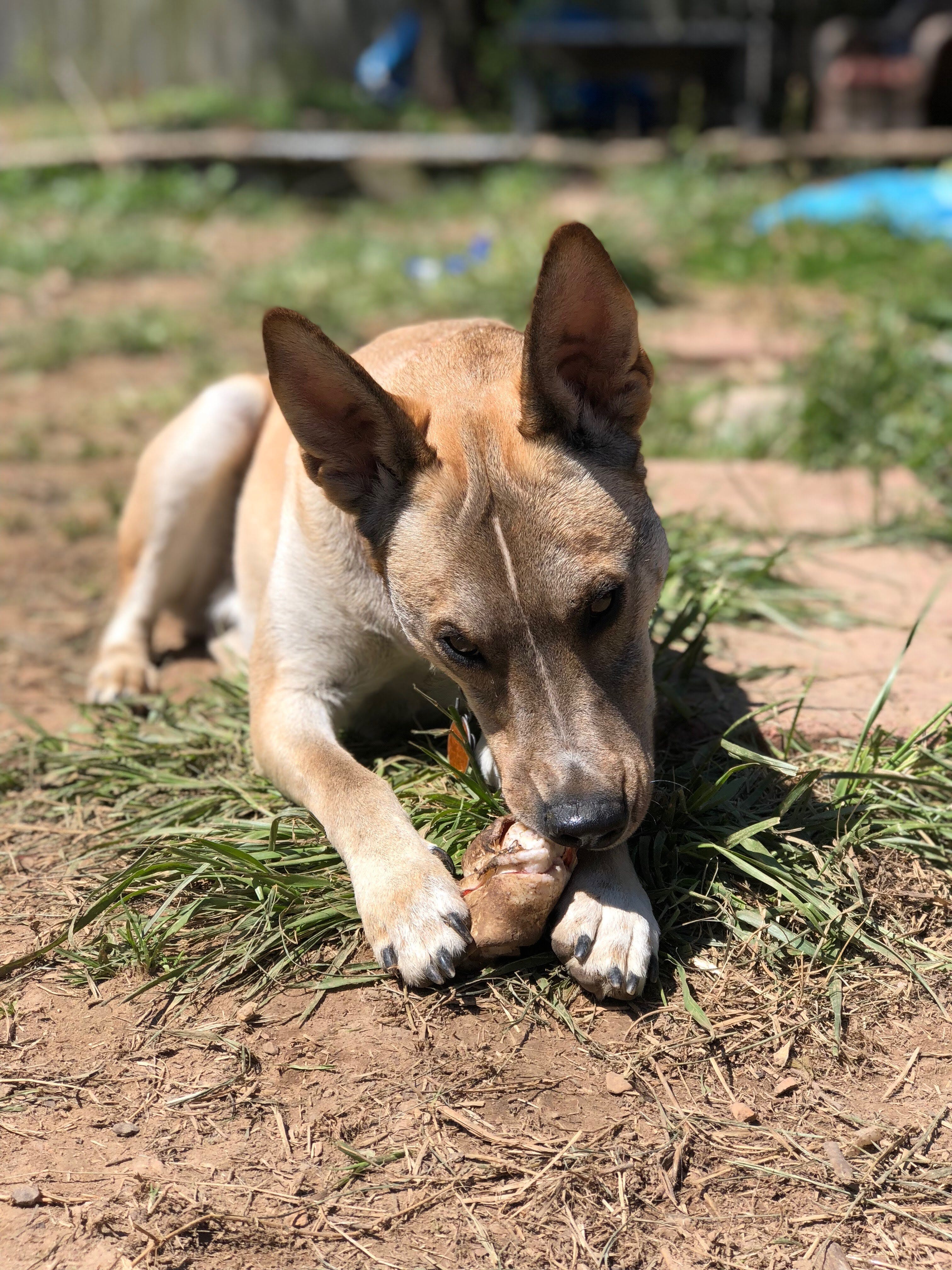 Fayetteville, AR
Personality
Smart
Grumpy
Mean
the boss
He pulls when he is on a walk

Boss’s name came from him! He is the boss.