Although they are often mistaken as German Shepherds, the Belgian Malinois is unique in its own right. Originally bred in the city of Malines in Belgium, the Malinois was developed to be used as a herding dog. Nowadays, the breed are also a frequent choice for guard dogs, household companions, search and rescue, and police K-9 units. The Belgian Malinois is intelligent and has an impressive stamina, enabling it to perform a variety of agile tasks. Despite their strong body and muscular build, the Malinois is extremely sensitive and likes to be included in activities of the family. For those who want a physically-capable dog with a soft spot, the Belgian Malinois is the perfect choice.

The Belgian Malinois may not be as popular as the German Shepherd, but it has been featured in a number of pop culture works, specifically in film, literature and television. The Malinois has appeared in the silver screen multiple times over the years, although most of these are in non-starring and minor roles. Some of the films where a Malinois can be spotted include Ace of Hearts, The Breed, Case 39, Dogboys, The Dog Who Saved Summer, Night of the Wild, Maze Runner: The Scorch Trials, Olympus Has Fallen and Step Brothers.

One of the films where a Belgian Malinois has a starring role is in the 2015 film entitled Max. The adventure family movie features a Malinois as the titular character. The plot revolves around Max as he serves with the United States Marine Corps. In the film, he is trained by a marine named Kyle Wincott. Kyle discovers that his friend, Tyler, is involved in some sketchy dealings and warns him that he will not cover for his acts. As they go on the battlefield, Kyle is killed in a fight.

Max, who is displaying aggressive behavior upon Kyle’s death, was given to the Wincott family. Immediately, Max takes a liking to Kyle’s brother, Justin. While Justin was not a fan of the dog at first, he eventually warms up to Max. He also receives a DVD showing Kyle training Max and realizes just how close the dog and his brother were. As Justin tries to investigate the death of Kyle, he starts to become more suspicious of Tyler. When Justin discovers the dealings of Tyler with a cartel, he decides to take matters into his own hands. This leads to a number of events involving Justin, Max and his friends trying to expose Tyler’s wrongdoings. Eventually, Max saves Justin from Tyler. At the conclusion of the film, Max is adopted by the Wincott family.

Other than films, the Belgian Malinois was also featured in a few literary works. One of the most prominent novels involving a Malinois is the Tucker Wayne series by James Rollins. The series, which was made in collaboration with Grant Blackwood, features a Belgian Malinois named Kane in a major role.

The Belgian Malinois is a lovely dog that should be given a name that is as equally lovely. One of the simplest ways to name your dog is to use its country of origin as an inspiration. The Malinois was first bred in Belgium, specifically in the city of Malines. To date, the Malinois remains to be one of the most popular breeds in its home country. Since Belgium has three official languages – Dutch, French and German, an eloquent name from any of these languages will work well for your dog. Moreover, anything that relates to Belgium and its culture may also be used as a name for a Malinois.

Another tip for naming a Belgian Malinois is to use its striking characteristics as inspiration. The Malinois is known for a short, fawn-colored coat and a black mask on their face. It has a medium-sized but strong body and build. Apart from their physical attributes, the Malinois’ personality is also characterized by high levels of energy, intelligence, protective personality and sensitivity. If your dog has certain habits or quirks, you can also use that as a good basis for a name. All these qualities can help you brainstorm for a name that is suitable for your new Belgian Malinois.

He was a stray. We brought him in because I got attacked on the street and he chased him off so his name is Hero. 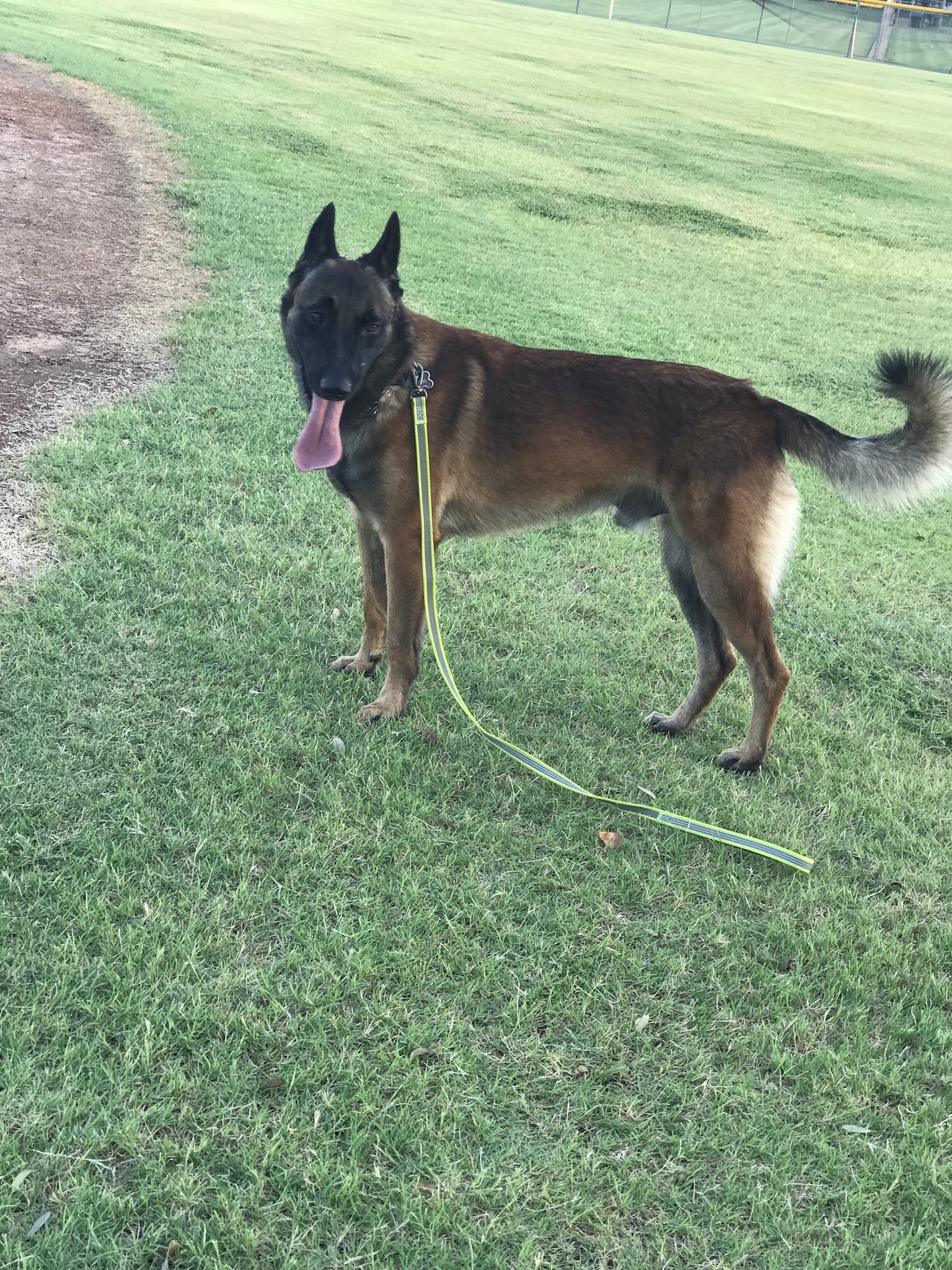 The best dog ever

We named her after the Jurassic world dinosaur named echo 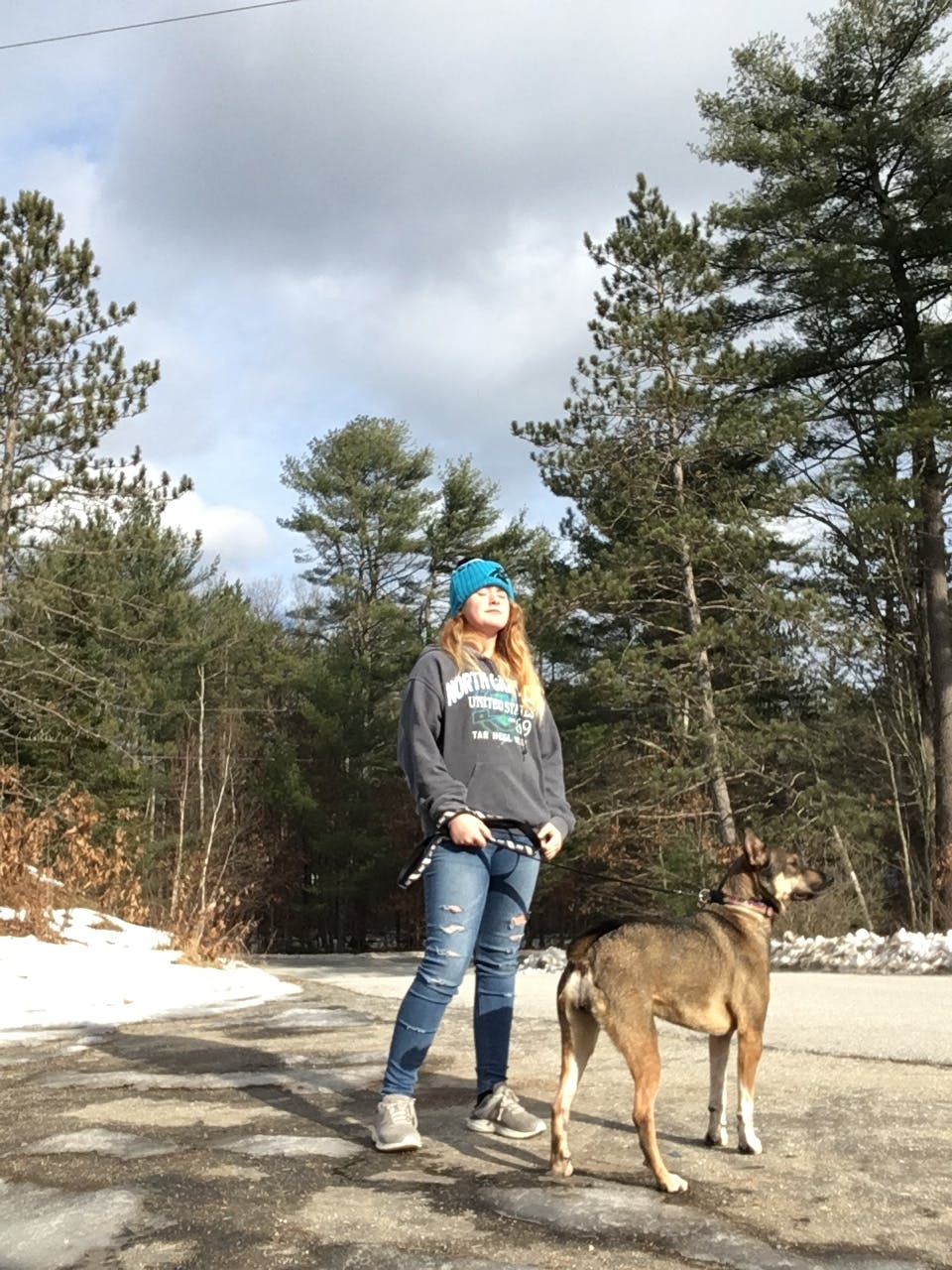 Quincy, WA
Personality
He is sweet, protective, funny, gentle, and so cut

When we got my dog, we were having a hard time naming him. Khan had gone though a lot of trouble before we got him so we wanted a name that meant something for coming out of a hard time. Khan means Leader, king, master, ruler, things like that, and my dog definitely changed and found a great home were he can live freely as a king!!!