Located in the mid-western and Great Lakes regions of the United States, Indiana has the 38th largest land area and is the 17th most populated state in the country. The economy of Indiana is diverse, and the state includes the excitement of professional sports, as the home of the Indianapolis Colts of the NFL and the Indiana Pacers of the NBA. The state also hosts the Indianapolis 500 and Brickyard 400 motorsports races.

While you look for the ideal name for your new pup, Indiana may offer the inspiration you are looking for. Indiana has plenty to offer, including numerous possible names for your new canine companion.

A dog named Indiana has provided inspiration for a significant amount of pop-culture. Indiana, an Alaskan Malamute, was the much-loved dog of filmmaker George Lucas. According to the filmmaker, his pooch inspired the name “Indiana Jones” as well as Han Solo’s trusty sidekick Chewbacca in the Star Wars movies.

It has been said that Lucas got the idea for Chewbacca’s character after observing Indiana sitting up in his car’s passenger seat. Apparently his wife at the time, Marcia Griffin, had been upset that their dog was not given a cameo in Lucas’ film American Graffiti, where Lucas chose a white dog over his own dog. Lucas assured her he would honor the dog’s spirit in Star Wars and did so with the Wookiee Chewbacca.

Bobbie the Wonder Dog was a dog from Silverton, Oregon who wound up separated from his family during a trip to Indiana in 1923. After being attacked by three dogs, Bobbie, a two-year-old Scotch Collie/English Shepherd, ran off and despite a large search, his family was unable to locate him. As their trip came to an end, they had to head back to Oregon without their beloved family member, expecting to never see him again.

It was a surprise to everyone when six months later, Bobbie arrived in Silverton, having made the journey by walking and swimming in rivers; it is thought that his journey may have been as long as 3,000 miles. The tough pooch even crossed the continental divide during winter. Not surprisingly, Bobbie received a lot of attention and was featured in newspaper articles and even got to play himself in a silent film The Call of the West. His family received letters from those who had helped him on his journey, sharing their experience. As a result of the letters, the Humane Society of Portland was able to put together an approximate description of his route home.

Indiana’s “First Dog”, a pooch named “Henry”, has a presence on social media. The Miniature Schnauzer, the family pet of Governor Eric Holcomb, can be followed on Twitter, Instagram and Facebook, where he claims to be nonpartisan.

It is not unusual to struggle to find just the right name for your new pup. When you consider that you will be calling your new pal’s name many times for years to come, it is no wonder you want one that not only fits your friend, but has a positive meaning for you. If you have positive feelings about the state of Indiana, it is a great place to turn for name ideas. With a name inspired by Indiana, whenever you call the name of your new friend you will be reminded of a place that you care about.

It may also make sense to turn to the state should your dog remind you of a particular pooch who lives or has lived there, whether because of his breed, appearance or personality. And if he enjoys and activity that is popular in the state, an Indiana inspired name may be a match. Regardless of why you are looking to Indiana for name possibilities, you will quickly see that the state has a myriad of options, one of which may be just right for your new friend. 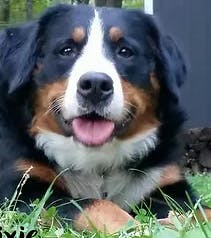