There’s little wonder why anyone would give their dog a Muppets name. They’re as timeless and lovable as dogs themselves, have distinct personalities and looks, and their names are almost universally recognizable by generations of people now that the Muppets have seen several reboots in the last few years to accompany their decades of prominence. Whether you are a huge fan or just looking to outfit your dog with a unique name that many will know as soon as they hear it, giving your dog a Muppets name is a great way to tie together two, fun-loving, soft, adorable characters and cement them in your heart and mind as much as many of the originals already have.

Outside the likes of Lassie, Rin Tin Tin, and Snoopy, many forget that Rowlf was one of the first widely-recognized dog-stars on television. But for anyone unfamiliar with his earliest years, Rowlf’s origins didn’t stem from The Muppet Show, the actually came from a series of Purina Dog Chow commercials that aired in Canada in 1962 and 1963, in which he was also paired up with Baskerville the Hound, who would garner considerably less fame than his co-star. The duo represented two of three of Henson’s original dog designs (although built by Don Sahlin), the third of which saw little, if any, screen time.

But it wasn’t even his dog food commercials that helped him, and therefore Henson, rise to stardom. In 1963, Rowlf joined The Jimmy Dean Show as Jimmy Dean’s sidekick and “ol’ buddy,” getting seven to ten minutes of every episode to do comedy sketches, duets, and other skits. The frequency of his appearances allowed Henson to develop his character over several years between Jimmy Dean and other variety shows before becoming a Muppets staple next to Kermit, who were both featured in the earliest years of Sesame Street.

By 1976, The Muppet Show was ready for launch, equipped with Rowlf as a featured member of the cast. Because of the time that Henson had to develop him, he continued on with his comedic and musical stylings in a similar manner, helping to give The Muppet Show a bit of both star power and familiarity. Although he was well-known for his musical numbers, many of them weren’t even shown in the US, but their popularity in the UK was unrivaled for a made-up character.

Rowlf went on to be featured regularly on the show for its entire existence, and was also cast in all three of the original Muppet movies, including The Muppet Movie, The Great Muppet Caper, and The Muppets Take Manhattan, all of which feature his musical ability at one point or another, as well as numerous television specials like John Denver’s Rocky Mountain Holiday and A Muppet Family Christmas. After the death of Jim Henson, Rowlf continued to appear in many Muppets productions but was generally held to silent and brief cameos, out of respect for Henson, whom many other Muppeteers considered irreplaceable after decades of performance. After several years, Bill Barretta transitioned into the role, helped to bring Rowlf back to prominence, going so far as to bring him back into the limelight in the most recent Muppets movies.

Unlike many of the other Muppets, Rowlf was designed as a ‘live-hand’ character, meaning there were no strings or sticks attached. It took three hands to control him, one for the head and mouth and one for each hand, necessitating two performers to make him move convincingly. Until he passed, Henson was both the voice and the mouth of this undeniably famous and lovable character and although many credit Kermit as being his most famous character, those who knew Henson best said that Rowlf’s down to earth and laid-back personality was closest to the man and legend himself.

Out of all the themes one could choose to go with, giving your dog a Muppets-inspired name should actually be easier than most. After all, there were very few that were alike and more than enough that had strong characteristics to play off of.

There are multiple ways you can generate ideas inspired by both your dog and Muppets characters themselves. When putting together a list, make sure to think of all possible elements that could make one particularly suitable, such as the dog’s breed type, looks, and personality.

For breed type, think of where the breed originated (which is easy if it’s already in the name), as you can use that as a great basis. For instance, if you have a Swedish Vallhund, Chef would be a great name, after the mess-slinging, gibberish-speaking Swedish Chef — especially if they tend to be messy with food. If you have a Huntaway or a New Zealand Heading Dog, Lew would be a good fit, especially if they love fish.

Looks can be another great way to go. If you have a hairy, mustached breed such as a Sheepdog, Sprocket, after Doc’s dog from Fraggle Rock, another Henson Muppet creation, would be a perfect name, just like Foo Foo would be a great fit for a small, white, fluffy dog like Miss Piggy’s.

Personality can be just a suitable as a starting point, as just about every single Muppet had one that was truly unique. If your dog is big and sassy, Piggy or Miss Piggy would be a great choice. If they’re small and sassy, maybe Pepe would be a better option. If they love to fly or jump around the room, Zucchini, after the Flying Zucchini Brothers, would be a fantastic name, especially if they are particularly long. If they tend to ‘meep’ more than bark, Beaker would work well too.

Whatever you choose, don’t limit your options, as there are more than enough big personalities with great names to match with your furry character. 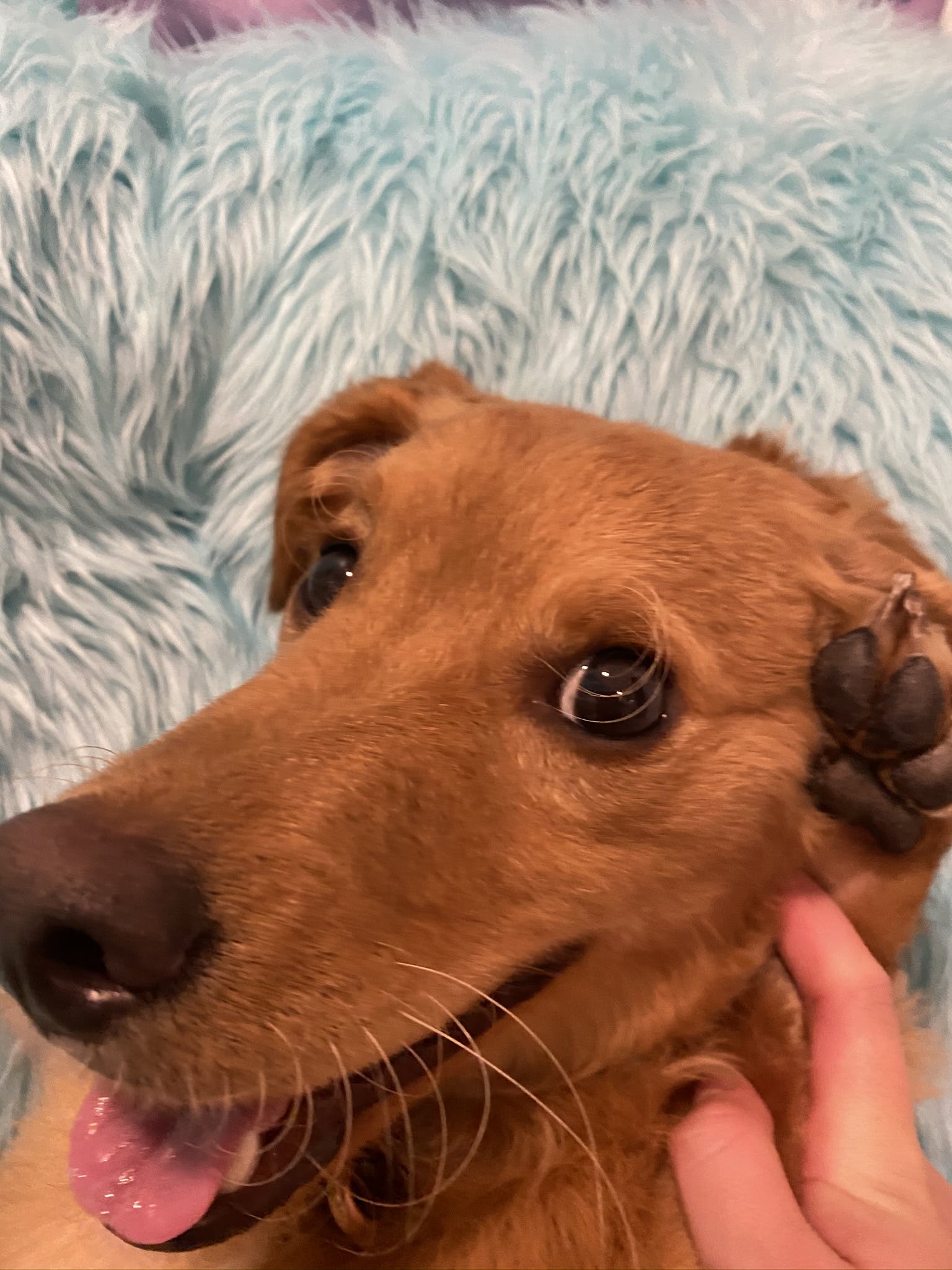