Some of us don’t officially declare it the holiday season until we see The Nutcracker. That famous suite in the ballet has become iconic on the radio, at festivals, during light shows, and more. If you’re head-over-heels for your pooch like you’re head-over-heels for this ballet, then maybe a Nutcracker inspired name is the perfect idea for your new fur child, whether purchased, adopted, or rescued. We’re here to give you some monikers to consider as you ponder all things Nutcracker! Pull up a chair (and dog bed) and make your decision. Even if you don’t find what you’re looking for here, check out our other name guides. We’ve got tons, and you’re bound to run into the right title for that collar somewhere along the way.

We know, we know. Pig? What does that have to do with The Nutcracker? Bear with us. We’ve all heard of The Nutcracker, but what about The Mutt-cracker in Birmingham, Alabama? Trust me, sometimes you just can’t know about this stuff unless you’re writing a name guide for Wag! But come on. The Mutt-cracker? Please and thank you.

During the holiday season, it’s a team effort between the humane society and the Birmingham Ballet. It’s an event and fundraiser that seriously needs to catch on a little more. What’s better than smart dogs in frilly, pink tutus doing their fine, canine thing on stage? If we included dogs, the masses might get a little more excited about ballet. Of course, serious dancers might scoff at the idea. But this article and Wag! itself aren’t about them. We welcome the dog-obsessed, toe-shoe-wearing kings and queens here! We mean, could you have a happier holiday?

Pig was the name of the 3-year-old dog that finally got a shot at center stage in 2016. Pig quickly became known as “the pirouetting pet,” the cute, Act 2 doggo of the Sugar Plum Fairy played by Katherine Free. Short spine syndrome didn’t stop Pig from becoming a true star. Even though her head was fused with her shoulders, she hopped around and twirled just fine. You’ve absolutely got to seek out the Pig video from 2016. Your dog-loving soul will be brimming with delight in no time at all. It’s pawfect in so many ways. Pig got treats, and the humane society raised necessary funds during the most charitable time of the year.

To boot, there were roughly 30 other dogs in the show altogether. Some were trained, and some were simply rescues who liked having a good time with ballerinas. Some were Pugs, and they basically did it the Pug way (Pug Life, yeah?): sit, stare, and snort. Would you want it any different, though? We didn’t think so. And you’ll be happy to know that a Great Dane accompanied Drosselmeyer when he brought Clara the fantastic Nutcracker. It made you ask the question: Who’s the real prince here?

Pig was certainly the princess of the night, and considering everyone who knows and loves the ballet waits for the Sugar Plum Fairy in the Land of the Sweets, we obviously understand who stole the whole show. The dogs rehearsed and everything! They were truly unforgettable stars.

If you’re thinking about The Nutcracker, you know that you have a bevy of beloved characters to choose from. The lists below will certainly help put you and your pooch on the name-picking path. If you’re going for that immediate recognition (you know, when your friends and family hear the selected title for the first time), then choose a character: “Nutcracker,” “Sugar Plum,” or “Drosselmeyer.” If you want to make more of a subtle nod to the ballet, try “Clara,” “Mousy,” or “Cavelier.”

You might also turn to some names behind the show, the ones of the makers themselves: “Pyotr,” “Marius,” and “Lev.” You could even research dancers who’ve performed the roles, such as “Rudolf,” “Mikhail,” and “Morris.” You might also like “Ginger” or “Gingerbread,” “Candy” or “Cane,” or maybe “Dew Drop” or “Midnight.” Sometimes, it’s a good idea to watch clips or a full version of the show to truly soak up the experience again and hunt for monikers that match your dog’s personality and appearance. It’s a wonderful display of good triumphing over evil, dreams coming true, and happily ever after, which we definitely think you should believe in when it comes to the canine realm. We hope our name guide inspires you. Give your magical fur child a magical title that will walk and Wag! with them wherever they go. 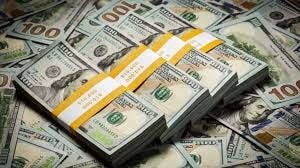