The 1991 film, “White Fang,” is made from the book by the same name written by Jack London in 1906. This story follows the life of a boy named Jack who goes to the Yukon in Skagway, Alaska to find gold prospector, Alex Larson and search for gold. Along their journey, they are stalked by wolves, and that is how they meet White Fang, who is the pup of one of the wolf pack who dies. The pup is adopted by a Native American group member named Gray Beaver, and when Jack and Alex come to the Indian village later, White Fang saves Jack from a grizzly bear, making them instant friends.

White Fang is a half wolf and half Malamute or Husky hybrid canine who is wild and untamed, living with his mother and the rest of the wolf pack. But this pooch is all heart in the end. Although in the book, which is a bit different from the movies, the story follows White Fang’s wolf pack and shows him as being a bit of a ferocious beast, the movies portray him as more of a misunderstood dog who needs human companionship.

In the film, Jack is searching for gold with a friend of his father’s named Alex and meets White Fang again when he is living at the Native American village with Gray Beaver and the Hän Indian tribe there. Gray Beaver tells Jack that White Fang is too wild to be a pet, but Jack attempts to tame him. After White Fang saves Jack from a grizzly bear attack, Jack is even more determined to domesticate the pooch, and Gray Beaver shows him that the wolfdog has a white fang, which he said proves that he is part domesticated dog and may be trainable.

Although White Fang is tolerant of Jack and follows orders, he does not truly trust the boy until one day when White Fang is taken from them by a bad man named Beauty Smith. He tries to get White Fang to be a fighting dog by pitting him against a vicious Bulldog named Cherokee, who is hurting White Fang badly before Jack finds them and breaks up the fight. He takes White Fang with him to the cabin where he and Alex are staying and keeps him while he continues to search for gold.

The two friends become close and White Fang even helps Jack and Alex search for gold, even helping them to discover the place where the gold is. When Jack goes into town to properly claim his gold, he brings White Fang with him and they are spotted by Beauty Smith’s friend, Luke. He tells Beauty where they are and then they go and attack the cabin where Jack and White Fang are living.

When Jack and Alex decide to go back to San Francisco, Alex tells Jack that he will have to leave White Fang behind because the city is no place for a wolfdog like him. Jack is sad, but he understands and scares the pooch away by waving a stick at him, which scares him because Beauty used to hit him with sticks. However, as he is about to get on the ship to go to San Francisco, he realizes that he cannot leave White Fang and goes back to the cabin and stays. Eventually, White Fang comes back, and they are reunited.

While the story of Jack and White Fang is a bit violent and somewhat sad at times, the film as well as the book are both excellent portrayals of the lives of man and wolf back in the early 1900s during the gold rush. Many life lessons are included in the story, and although it may not be a great choice for a kid’s movie, there is another adaptation of the story which is animated and made for children. The animated film was made in 2018 and is less violent but is still recommended for children over 10.

Some of the names of the characters in the story would make pawesome pet names such as White Fang, of course, and Beauty, who is a bad guy but has a terrific name. There are also many excellent Alaskan-related monikers that would be perfect for your fur buddy such as Igloo, Ice, Avalanche, and Blizzard for a white dog or Gray Beaver, which would be wonderful for a gray pooch. Also, Alaska is a great name for an Alaskan Malamute or Siberian Husky, Miki means little in Native American and would be great for a petite pooch, and Kodiak is a large city in Alaska and is cute for a big pup. Here are some more of our favorites. 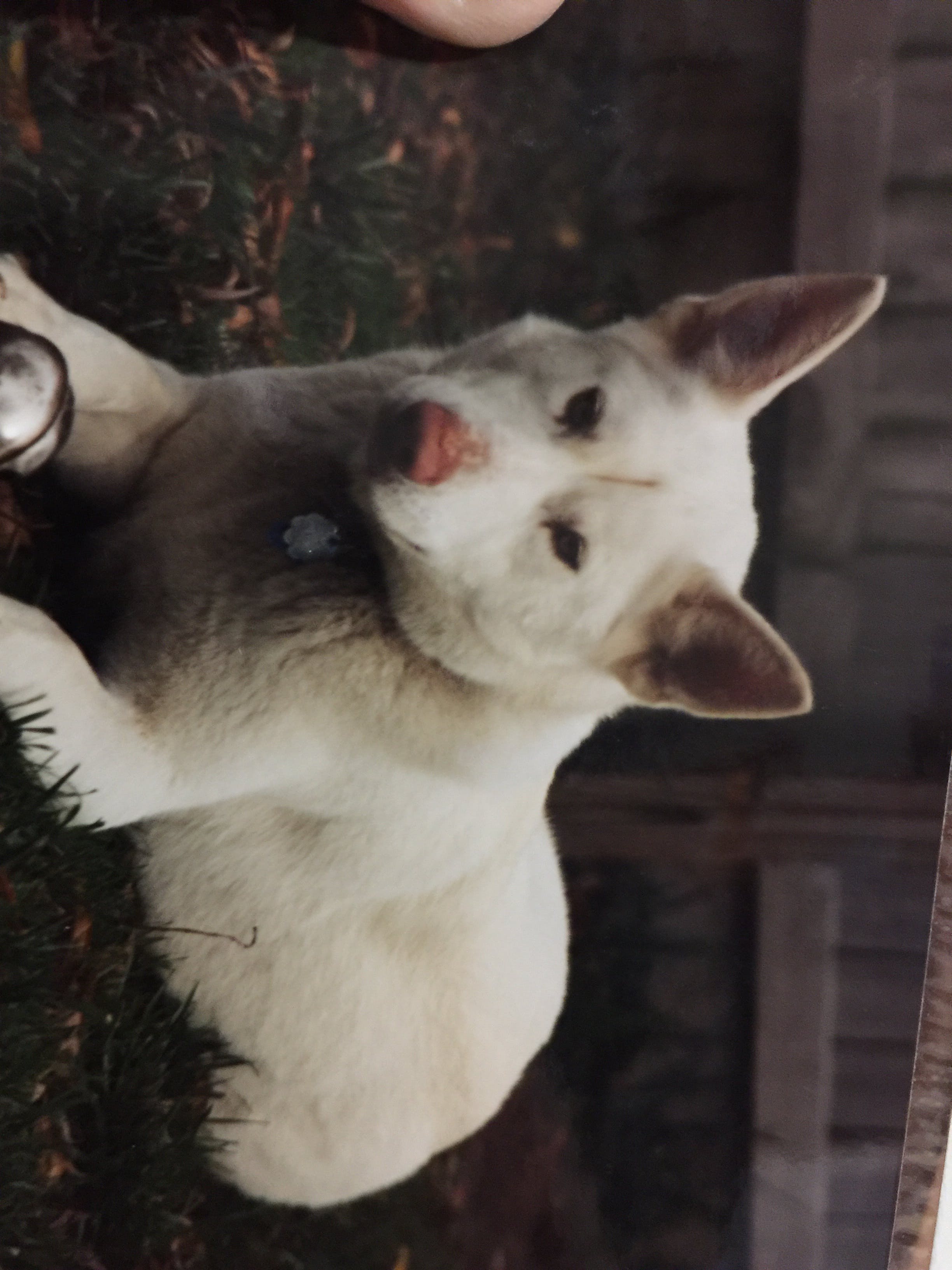 I watched the movie White Fang and when Alex asked the native American what the wolf’s name was, he replied “Myatuk”... White Fang. So, when I got my white wolf hybrid, I named her Myatuk.