What to Do If Your Dog Drinks Seawater 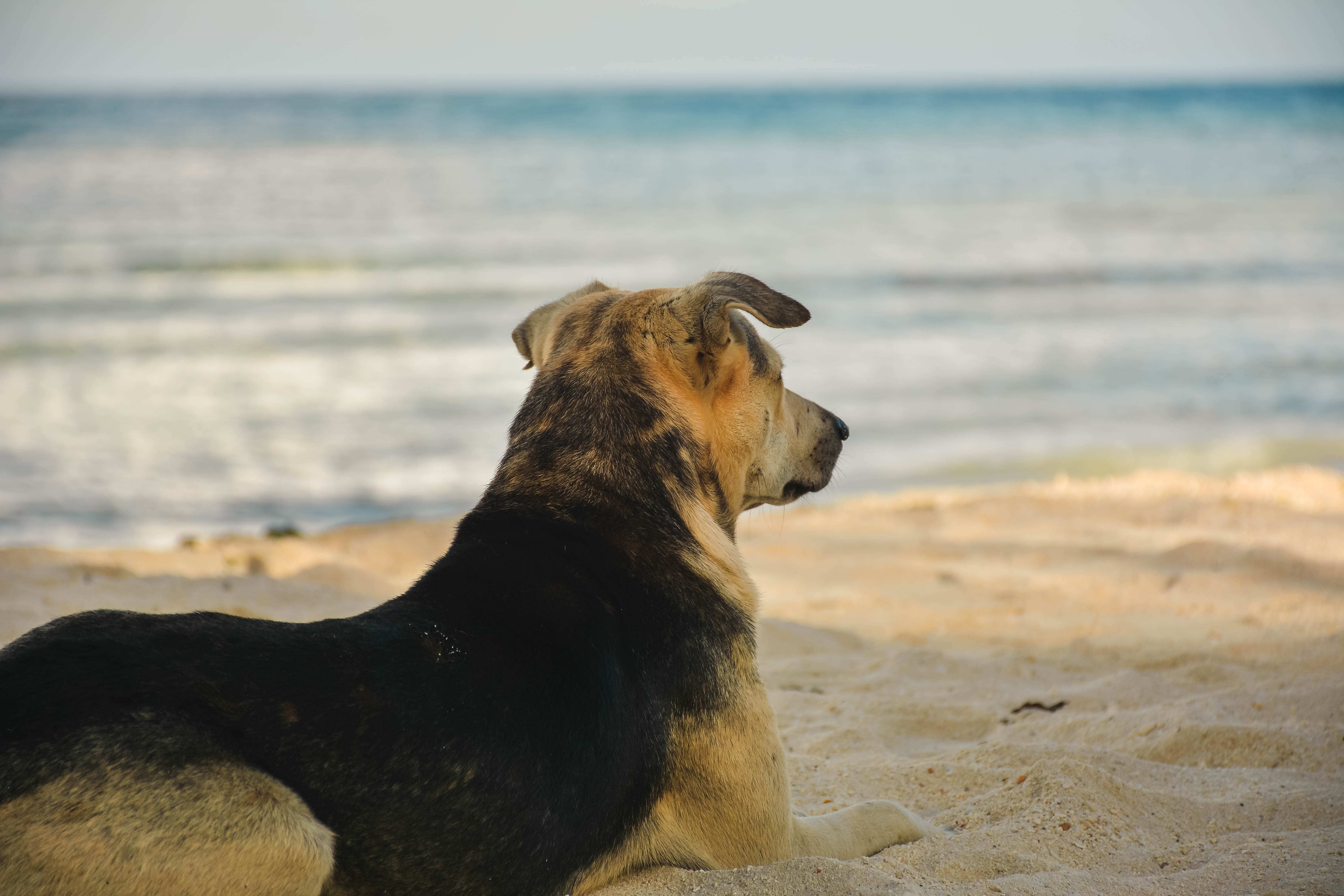 Samuel Coleridge once wrote, "Water, water, everywhere/Nor any drop to drink." While pet parents know full well the dangers of drinking seawater, your canine compadre is oblivious to this fact.

If you live near the beach, Rowdy probably loves nothing more than digging in the sand and splashing in the waves, which could lead to them ingesting seawater. But what are the dangers of drinking saltwater for dogs? And what do you do if your dog drinks seawater? Here's the lowdown.

Why is my dog drinking seawater?

There's no hidden reason as to why dogs sometimes drink seawater. While working up a pant during your beach adventure, your dog will get thirsty. If they're playing in the waves and need to quench their thirst, they may gulp seawater as it's literally all around them.

It's also possible your dog may drink seawater by accident as they bound through the waves after their favorite ball with their mouth wide open. Your dog may ingest seawater by chewing on an absorbent toy like a tennis ball.

What are the dangers of drinking saltwater to dogs?

If you notice your dog drinking a tiny bit of seawater, don't fret. Small amounts of seawater will just upset your dog's stomach, causing diarrhea. However, large amounts of seawater are very dangerous and can cause salt poisoning and high sodium levels in the blood, known as hypernatremia.

High levels of salt will upset the fluid balance of your dog's body, drawing water from the blood into your dog's intestines. During and after a trip to the beach, watch out for these symptoms:

For a dog to drink toxic amounts of seawater, they'd need to ingest around 2.2 teaspoons of salt per pound of body weight. Considering there are about 2 teaspoons of salt in a cup of seawater, your dog would have to drink lots of seawater to reach toxic levels. At toxic levels, dogs have a mortality rate of over 50%, making salt poisoning severe. Other serious side effects include damage to the kidneys and brain damage.

What to do if your dog has been drinking seawater

If you think your dog has drunk lots of seawater, take them to a vet immediately. As mentioned, salt poisoning has a very high mortality rate in dogs and can make your pup incredibly sick. Unfortunately, treating salt poisoning is incredibly difficult as there is no specific treatment.

Veterinarians are also unable to lower the sodium levels in a dog's blood too quickly, as that can lead to other health problems, including cerebral edema. Generally, vets will slowly administer electrolytes and fluids over 2 or 3 days to reduce your sodium levels in the blood.

How to prevent your dog from drinking seawater

Now you know the effects that drinking seawater has on dogs, what can you do to stop this behavior? While you might not be able to stop your dog from drinking a small amount of seawater, you can avoid salt poisoning with a few simple steps.

For starters, pay attention to what your dog is doing so you can spot if they've been gulping seawater. You'll want to take a break from playing every 15 minutes. Bring along bottles of fresh water and a portable water bowl so they can drink on the go. If your dog is refusing to drink the water, squirt a bit into their mouth from a sports cap so they stay hydrated. You should stay vigilant and watch for symptoms of salt poisoning. Diarrhea is normally the first symptom you'll notice, at which time you should avoid playing in the sea any further.

After learning more about the dangers of seawater to dogs, you may be hesitant to bring your barking buddy to the beach in the future. However, the pros of beach fun outweigh the cons, and as long as you're mindful of your mutt, you won't have any issues on your next trip to the ocean.

Does your doggo love to frolic in the ocean? Invest in pet insurance today to prevent accidents and illnesses caused by drinking seawater. Brought to you by Pet Insurer, Wag! Wellness lets pet parents compare insurance plans from leading companies like Figo and Healthy Paws.