Hi, my name is Kiba! I've owned & been around dogs all of my life. I have 3 dogs currently & I love them with all my heart. I've worked at PetsMart, dog-sat, & boarded a few dogs at my house as well for friends. My senior project in high school was on service dogs and how they helped & saved lives! A while back, a few others and I donated dog food and other things to a local dog pound & it even made the paper! I love helping out pups because they help me out in a lot of ways. I am always prepared when walking dogs with extra water, a treat, baggies, etc, & just making sure the dog is the most comfortable with pure enjoyment for the them!

Hi, my name is Lois and I grew up in Riverside with several dogs ranging from a German Shepard to a Chihuahua with a couple of mutts thrown in just because they needed a loving home. I was (very sadly)dog less for a few years due to long hours at work. Now I have a Corgi that inspired me to start walking again every day. There is no happier look on her face than when we are ready to go for a walk. Thanks to Wag!, I can not only make my own dog happy, I can help your dogs be happy, too.

“No need for you to sweat, I’ll walk your pet.”

Hi my name is Mike and I've lived in San Fernando Valley all my life. I've had many dogs growing up my first dogs were a Cocker Spaniel and a half lapso Apso half shitzu. I've also had a half dalmatian half lab and a pitbull. I am a former ADT Bel Air Patrol officer. I was employed there for nine years I have my fingerprints in the Department of Justice and I've never been arrested. I have my own personal transportation that's very reliable. I treat everyone’s dog’s as if they were my own.

Can run with dogs, Fast walker, Dogs who pull

“Walking your doggo is the leashed I can do.”

Hi I’m Gaby and grew up with dogs. I am a super fast walker who can wear out your dog in half an hour for the most part, depending on the breed. I always treat dogs like family, sometimes more so than my actual family! (shh don’t tell them I said that).

“Quality Care & Walks For Your Furry Loved Ones!”

Hi! My name is Amanda and I have been working with and caring for all kinds of animals since 2010. I am an experienced dog walker and can accommodate both short and long walks. I have experience doing drop-in visits, housesitting, dog socialization, pet taxi services, dog running, and basic training. I absolutely love working with all kinds of animals and am a proud parent to two dachshunds, two kitties, and one turtle! I would be happy to help with your furry loved ones! Let’s get in contact! 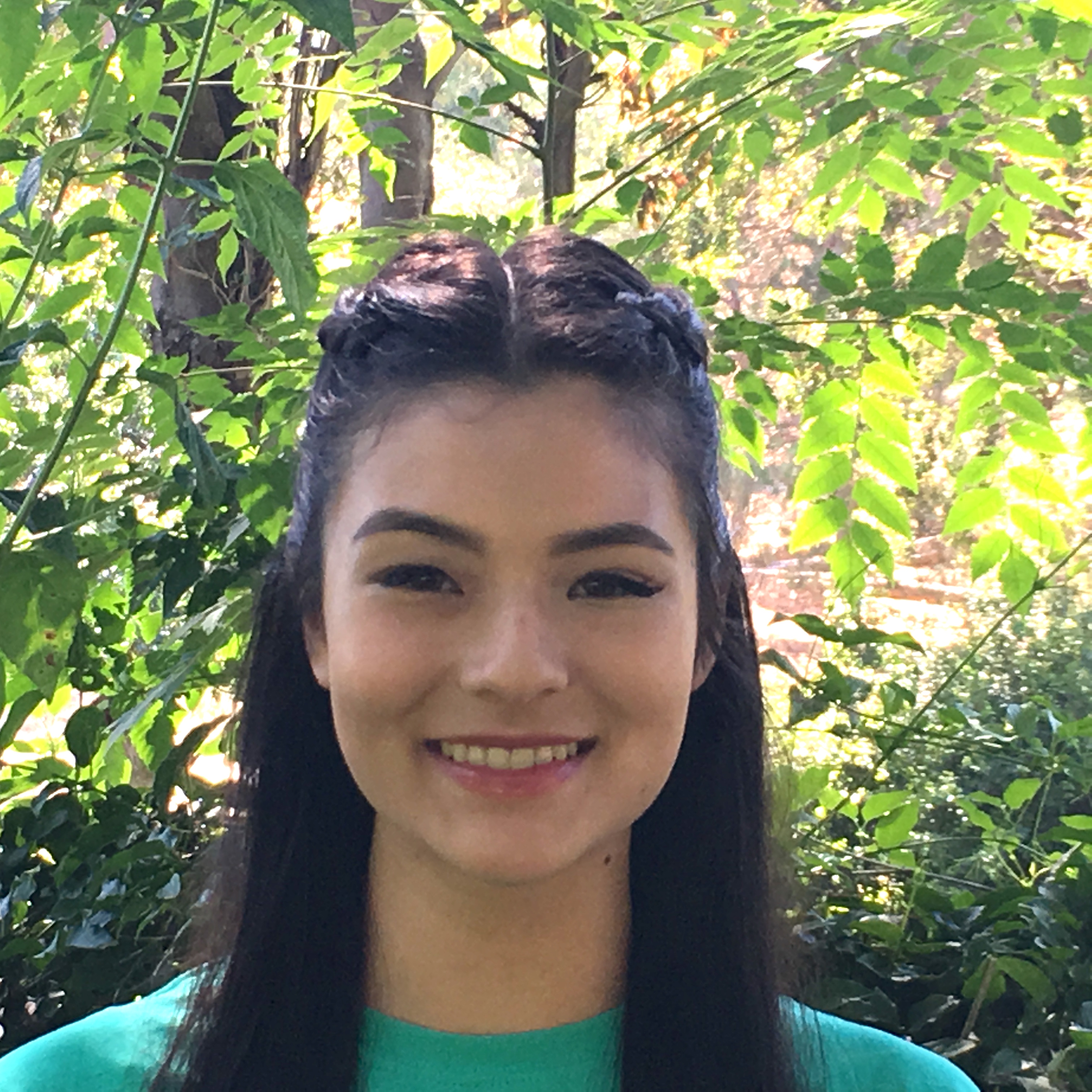 I'm Sarah, and I have always been around dogs since I was 9 years old. Since the age of eleven, I knew working with dogs was one of my passions. That's when I started going to shelters and volunteered every weekend at my local dog shelter. Previously, I had taken a Dog Training course at Petsmart which included dog walking! Your dog will be happy to get out of the house with me, and even happier to thank you when you get home!

Hi my name is Leslye. I am one of the walkers for the Inland empire. I have 2 dogs of my own and have had animals my whole life. I currently volunteer at an animal shelter where I walk and socialize dogs of all kinds to help them get ready for their new homes. I will take very good care of your dog while on our walks. Looking forward to meeting you and your dog.  God bless. See you soon.

“Put your dogs in the very best of hands!”

Hi there! My name’s Emily Burton and I love caring for all types of animals- but dogs are by far my favorite. I have a sweet 15-year-old cockapoo named Coco. Since joining Wag, pet care has become my life and I make it my mission to help as many people as possible with their doggos! With me, pups are guaranteed to have boatloads of fun, get tons of exercise, and of course make a new best friend. I would love to meet your dogs and help create an easy and fun experience for both you and your pet!

“you're barking up the right tree ”

Hi my name is Tiffani! Ive loved animals my whole life. I have 4 lovely rescue furbabies of my own. My life revolves around the well being of any and all furry pets. Can't wait to look after and share my love with yours.

I am an animal lover!! Enjoy the outside walks. I am a current student in college pursuing nursing school. Dog walking is my part time job. I will love to have the opportunity to work with someone that loves their dog. Always here to give a high paw lol

Menifee is one of the those Californian towns that show just how idyllic SoCal can be. The area was first inhabited by the Luiseno people. In the 18th century, the area was ruled by the Spanish. The United States received the land in 1850, and it took til 2008 for Menifee to become its own town. Though people have lived in the area before then, it was an unincorporated area that voted in 2008 to become a city. It’s fine if your dog’s not a history buff, though: the two of you will still find something great to do in Menifee.

Start with a vigorous outing to Three Peaks Loop! This moderate hike is 3.3 miles long with great views at the price of a moderate elevation gain. It’s great for getting your pup tuckered out!

There are four vets in Menifee, and more in the surrounding areas, so you can rest easy on that count. You can rest even easier with your pup at your side at Luv 2 Camp. This campground offers to let your pet stay with you in the campsite, making this spot perfect for outdoorsy dog lovers and their brave travel companions. Rest under the stars (or, under your tent) and get ready for a new day.

Sun City was developed to be an active retirement community in the mid 19th century. In the 2008 vote, part of Sun City became Menifee. It’s the part that’s right next to the official Sun City addresses, of course. The Sun City neighborhood of Menifee is home to the Menifee Dog Park. This park is small, but covers the basics. There are separate areas for large and small dogs, benches for owners, and some small agility equipment for the pups themselves. It’s a great place for dogs who get more out of playing with each other than they do out of wide open spaces.

The City Center in Menifee is home to Aldergate Dog Park. This park has everything that your dog needs to run free and have a great time doing it. There are separate, fenced areas for large and small dogs. The park is next to an elementary school in the heart of a bustling neighborhood, insuring high traffic for the park. There are doggie drinking fountains in both areas of the park, which is important for those hot Californian days. There are also benches for tired owners! Aldergate Dog Park is a much needed exercise area in a busy suburban environment. Four paws up!

Hamilton is a busy neighborhood that has a good mix of commercial and residential spaces. This is great news if you’re looking for a bite to eat in a walkable, entertaining area. New York’s Upper Crust Pizza is the area’s go-to spot for dog friendly dining. The restaurant is known for its by the slice, but also serves favorites like garlic knots and stromboli. They have a selection of dog-friendly seating outdoors where you can watch the world go by as you dine. Bring a friend to hold your dog while you go in and order, as they’re a DIY kind of place.

If you find yourself in Menifee’s Garbani neighborhood, you owe it to yourself to check out Froyo Heavenly Cafe. Whether you need a bright pick me up to get you through a busy day, or to treat yourself when that day is over, this is the place. They sell a variety of sweet and frozen treats, from coffee drinks to teas to frozen yogurt. They have pet friendly outdoor benches where you and your pup can share a treat. Ask at the counter about dog-friendly specials; some of their treats are dog-friendly, as they don’t contain anything harmful to our furry friends.

Murrieta Hot Springs is this area of Murrieta located just twenty minutes from Menifee. If your dog loves a high energy environment, head down to Torrey Pines Park. There is an off leash area there that will be pawfect for her, whether she’s a large or small dog! The park features separate areas for sizes. There are drinking fountains in each area, which is essential in the heat. Outside of the off leash dog park, Torrey Pines Park has walking trails and playgrounds for kids. If your dog would rather walk by your side than romp at the park, Torrey Pines Park is the best of both worlds.