My name is Nicole, and I am excited to join the Wag team! Whether it be dog sitting, walking or taking care of my own, I’ve had the joy of having dogs surround me all of my life. I love being outdoors and sharing that experience with my four legged friends. Hopefully I get the chance to go on some exciting adventures with your best friend, as well. Can’t wait to meet you!

Hello! My name is Cassie. I’m currently transitioning from the military and am awaiting Graduate school to start. With an affinity for our furry friends large and small, it’s hard for me to not take them all home. I have a golden retriever, Angus, who is a gentle giant and loves play dates. I have a few years of experience with “temperamental” dogs. I am experienced with muzzle wear and distraction techniques. If your pooch needs a play date, walk, or help house sitting I am available! 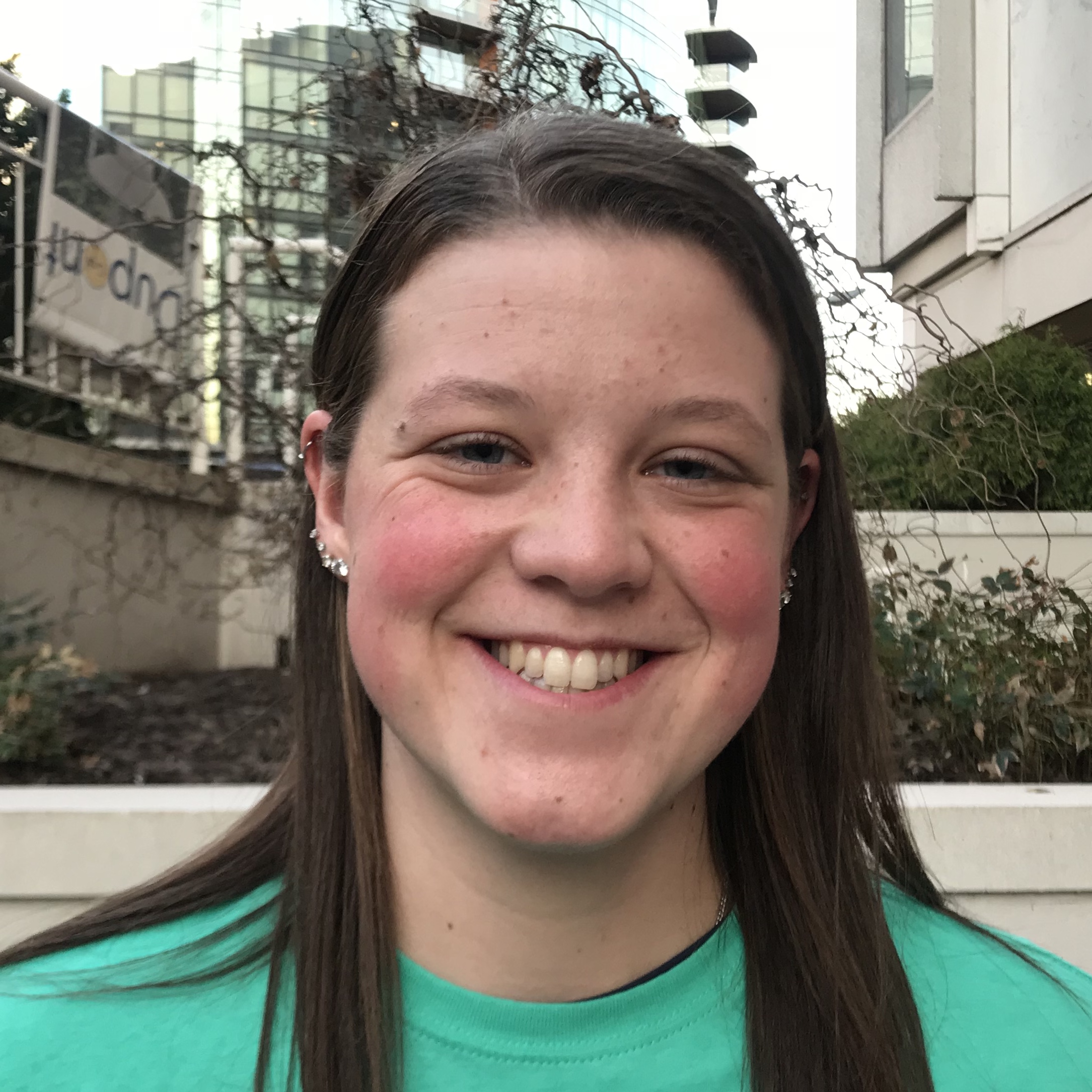 Hi, I'm Kyley and I am an animal lover at heart! I grew up with a dog, Buddy, and we had her for 15 amazing, fun-filled years. I have house-sat for 2 families in the past that included staying with multiple dogs at a time, feeding them, walking them, and making sure they were taken out when they needed to go to the bathroom. I have also volunteered by walking dogs at a local SPCA back home in Pennsylvania. I am an animal lover and currently have 2 dogs and 2 cats with my husband.

“I enjoy spending time with dogs!”

My name is Samanta and Im a high school graduate. I really like animals and I enjoy spending time with them. I have 3 dogs—a golden retriever, a dalmation and a yorkie pomenerian mix. I grew up with lots of dogs including both big and small. I have trained dogs and plan on pursing a profession in dog training. I really look fowards to walking your dog and spending time with them!

Hello, my name is Jaiden! I grew up on the Olympic Peninsula with dogs, cats, horses, and bunnies, and have been dog sitting and dog walking for years. I carry a degree in Human Ecology and spend much of my time making art, riding my bicycle, or homebrewing cider/beer/kombucha. I am looking forward to exploring Seattle with your furry friend!

Although Port Townsend was named the City of Dreams at a time when it had hoped to become the biggest harbor on the West Coast, the name still seems to fit today, because this captivating city is everything that doggie daydreams are made of. Located in Jefferson County, WA, Port Townsend is a mutts-visit for history loving hounds and humans alike, and has so much to offur you and your puppy partner on any day.

After an economic boom and a subsequent flurry of building led to the construction of some awe-inspiring architecture, Port Townsend became one of only three Victorian seaports in the US. This city now has two National Historic Landmarks, so leash that furry friend and hurry to see the historic downtown waterfront and mighty mansions uptown. Your barking bestie is welcome to join you on the walking tours through the city, so you can both relish in the beauty of this spectacular spot and learn a few things along the way.

Fort Townsend Historical State Park was once a garrison and later a marine hospital during the Civil War. This forested frolic-spot has a rich history that is detailed on interpretive markers, as well as a torpedo tower used in World War II and 6.5 miles of hiking trails. It’s the perfect place for some leashed exploring! See how your pooch putts on the Discovery Bay Golf Club that welcomes four-legged favorites to join you on the course.

If you’re looking for some off-leash laps, then you’d have to be barking mad not to check out Chetzemoka Park in Morgan Hill! The main park itself requires dogs to remain on their leashes, but that won’t stop your furry friend from having fun. Take a stroll through the grounds and "paws" to admire the ornate gazebo and the stunning flowers that form an arch above your head. Have a puppy’s picnic or follow the path to the beach and let Spot sniff around in the sand. There’s even a designated doggy area around the corner for some off-leash antics! Chetzemoka Dog Park offers a fenced open space and has waste bags and bins on-site. It doesn’t separate the little dogs from the big ones, so ensure your pup can play with any size!

North Beach Park is a positively pupperific place to bring Fido if you’re looking to make memories that will last furever! Not only can you walk through the gorgeous grounds of the park itself and take a seat at the picnic points to have a tyke’s treat, but you can also head down to the beach and make waves on these walkies! Dogs must be kept on a leash in the main park and throughout the surrounding areas at all times, and be sure to bring some doggy waste bags to help keep the area clean. If it’s heating up, don’t forget to pack some H2O to keep your hound hydrated. North Beach Park also has trails leading directly to Fort Worden and an 8.7-kilometer trail tracked to Glass Beach.

Looking for somewhere with rich history to feed your culture-crazy canine? Then grab a Discovery Pass and head to the quin-tail-sential puppy paradise that is Fort Worden State Park! Fort Worden was an active US army base from the years 1902 to 1953 and was designed to defend the Puget Sound against sea-borne invasion attempts. Despite not being able to bring your darling dog into the indoor museums, there is still plenty of history you can sink your teeth into and many sites to see. Saunter through the sand on 2.1 miles of beautiful beaches and, if you’re brave enough, you can explore the spooky abandoned bunkers. Just don’t forget your flashlight!

Port Townsend’s downtown district invites you to trek through time as you see the buildings and step along the streets that are the same as they were one hundred years ago. There are endless pawssibilities for wondrous walkies here, and Kah Tai Lagoon Nature Park is a grrreat place to start! This park lets you do laps around lagoons, and the wetlands are a haven for waddling ducks. Leash your dog and lose yourself in nature as you explore the expansive walking trails. While you dawdle downtown, you can access the Larry Scott Memorial Trail that offers 23.5 kilometers of mixed surfaces that walk you through woods and let you perambulate along the port.

County Courthouse Park on Jefferson Street is a favorite among the local "pupperazzi" and is hailed as one of the most picturesque parts of Port Townsend. Snap a selfie with your terrific tail-wagger in front of the captivating courthouse and take a wander through the grassy open spaces that are the pawfect spot for dog-walking. Pick a picnic table and enjoy a pooch pop on sunny days, but be sure to keep that leash on in all areas of the park. If you’re in need of a good meal afterward, head to Courtyard Café and feast with your doggo by your side on their outdoor patio. Bone Appetit!