Traces of preserved alcohol have been found in jars from China that date back to somewhere between 7000 and 6650 B.C., with medicinal uses being listed in both Sumerian and Egyptian texts as far back as 2100 B.C. Cultures all over the world have developed some form of this liquid to consume, and it was used as one of the world’s earliest and most popular of social lubricants. It was often employed at great celebrations where throngs of people shared in its effects, and in many cases, it is still celebrated in that way today. Unfortunately, it’s one of those ingredients, along with chocolate, grapes, and garlic, that we simply can’t safely share with our canine companions. One way that you can share an interest in alcoholic beverages with your dog, without letting them consume any, is to give them a name inspired by one of the many types of alcohol that we have acquired.

Alcohol has been around for thousands of years, and dogs have been our companions for all of that time, it’s not really surprising that we’ve been naming them after one another, you have brands of alcohol named after dogs, such as Bird Dog Whiskey, Foo Dog Vodka, and Dancing Dog Gin, and then you have dogs named after alcohol. In the Abergavenny Museum in Wales houses, the last remaining specimen of a dog called a Turnspit dog, an extinct breed that was once commonly seen in nearly every household. The taxidermied canine was dubbed Whiskey and had originally been developed to run in a wheel that caused meat in great brick ovens to turn on a spit, but when technology made their job obsolete the little dogs didn’t have the winning personality to make the transition to a companion animal and they became extinct, this category of names, however, has remained popular.

A Bernese Mountain dog with a damaged spinal cord by the name of Guinness was featured on the show “Supervet,” where he overcame tremendous odds to learn to walk again, at just 6 inches long, little Heaven Sent Brandy was listed as the smallest dog in the world as of 2007, and one of the main canine characters in the movie “Look Who’s Talking Now” was named Rocks. One of the most beloved dogs with a name inspired by alcohol was a fictional dog, a big slobbering beast of a dog named Hooch, from the movie “Turner & Hooch,” a Touchstone Pictures production starring Tom Hanks that was released in 1989. In the movie, Turner, a by the book police officer, acquires the large and unmanageable Hooch while he is investigating a crime scene. Hooch, who also happens to be the only witness to the murder he is trying to solve, does not adjust to Turner’s well-ordered life, but eventually, this odd couple figures out a way to work together. Hooch was played mainly by Beasley the dog in his one and only acting role. Beasley was a breed known as a Dogue de Bordeaux, and his participation in this heart-tugging movie helped to bring this unusual breed into the spotlight. Like many other giant breed dogs, Dogue de Bordeaux dogs generally have a shorter lifespan than other breeds, averaging just over five years of age, but Beasley broke the mold there as well, playing the role of Hooch at the advanced age of ten years old, and living another three years after that in relatively good health.

Choosing a name for your canine companion, while fun, is also serious business. The name that you choose to give your new pet can influence how quickly and effectively they bond with you as well as their ability learn new commands. The best name for your pet is one that you and your household are able to easily pronounce, one that you can live with saying repeatedly for several years, and one that your individual dog responds to. There are many factors that you may consider when trying to choose your dog’s new name, and elements such as appearance, personality, breed, and even the dog’s intended purpose may help to guide you in your decision. A name like Guinness might work nicely for a dog with a dark brown coat, while a small golden colored dog may be perfectly suited to the name of Bees Knees, or Syrah might be just the thing for a dog with a flowing red coat. A sweet, bubbly dog may be dubbed Mimosa, the crazy dog who never slows down might end up as Kamikaze, and the therapy dog may get a refreshing or healing name such as Julip or a healing name like Cordial. In some cases, you might look to your own interests as well, a fan of the Simpsons may be more likely to pick a name like Duff, while a horse racing fan who loves bourbon might mix interests by picking a name that represents both, like Kentucky. 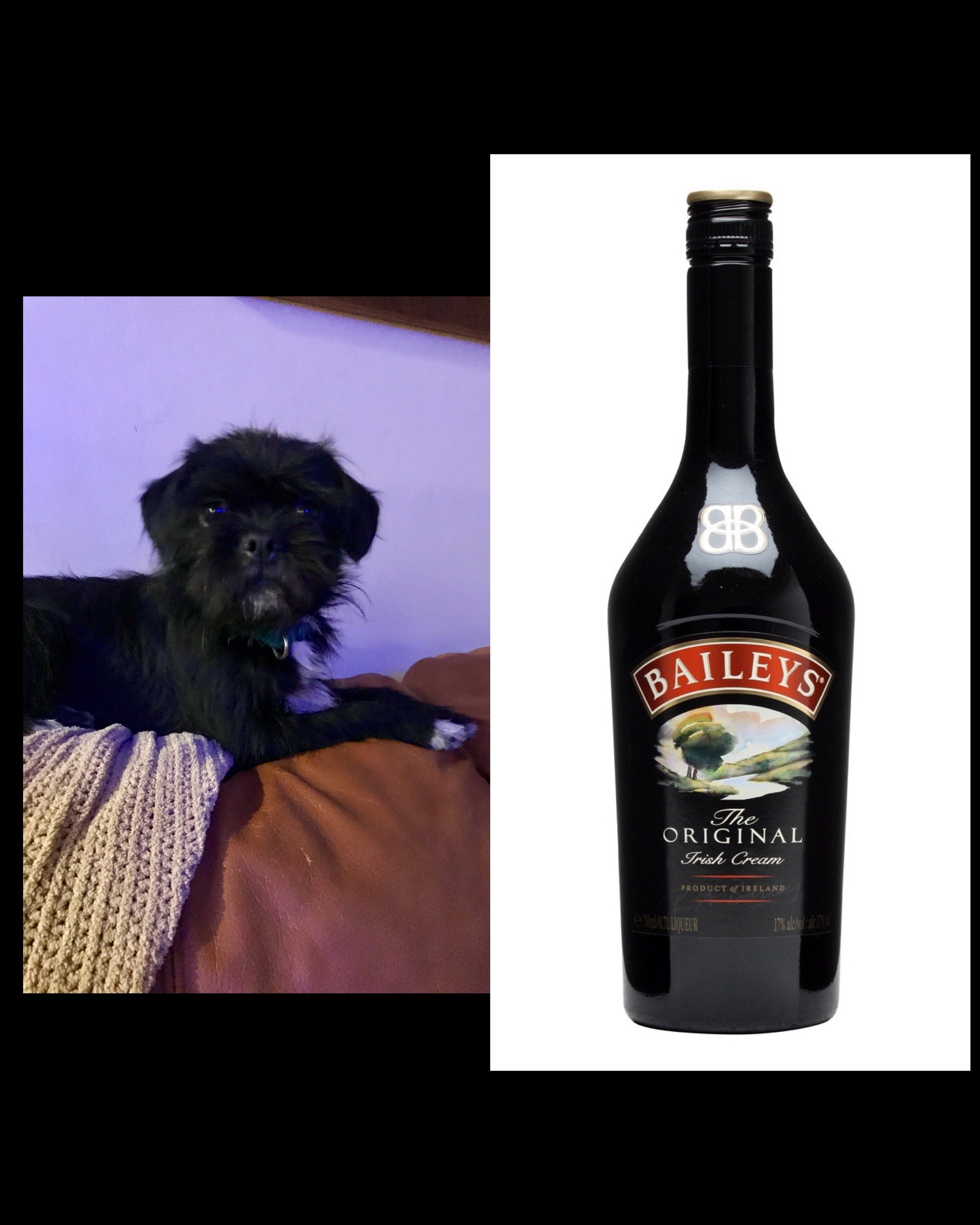 When I was about to turn 18 my mom friend gave me a sip of Baileys Irish cream and I fell in love with it since then. I’m now 46 so that’s to tell you how long, LOL. I recently became a first time Pet Parent and I first laid eyes on her I automatically fell in love with her. And that has only happened twice before in my life (fell in love @ first glance) One was my daughter and the other was when the Baileys back at 18. Couldn’t name her same as my daughter so Baileys was the next choice (though at times I have called her my daughter’s name LOL). 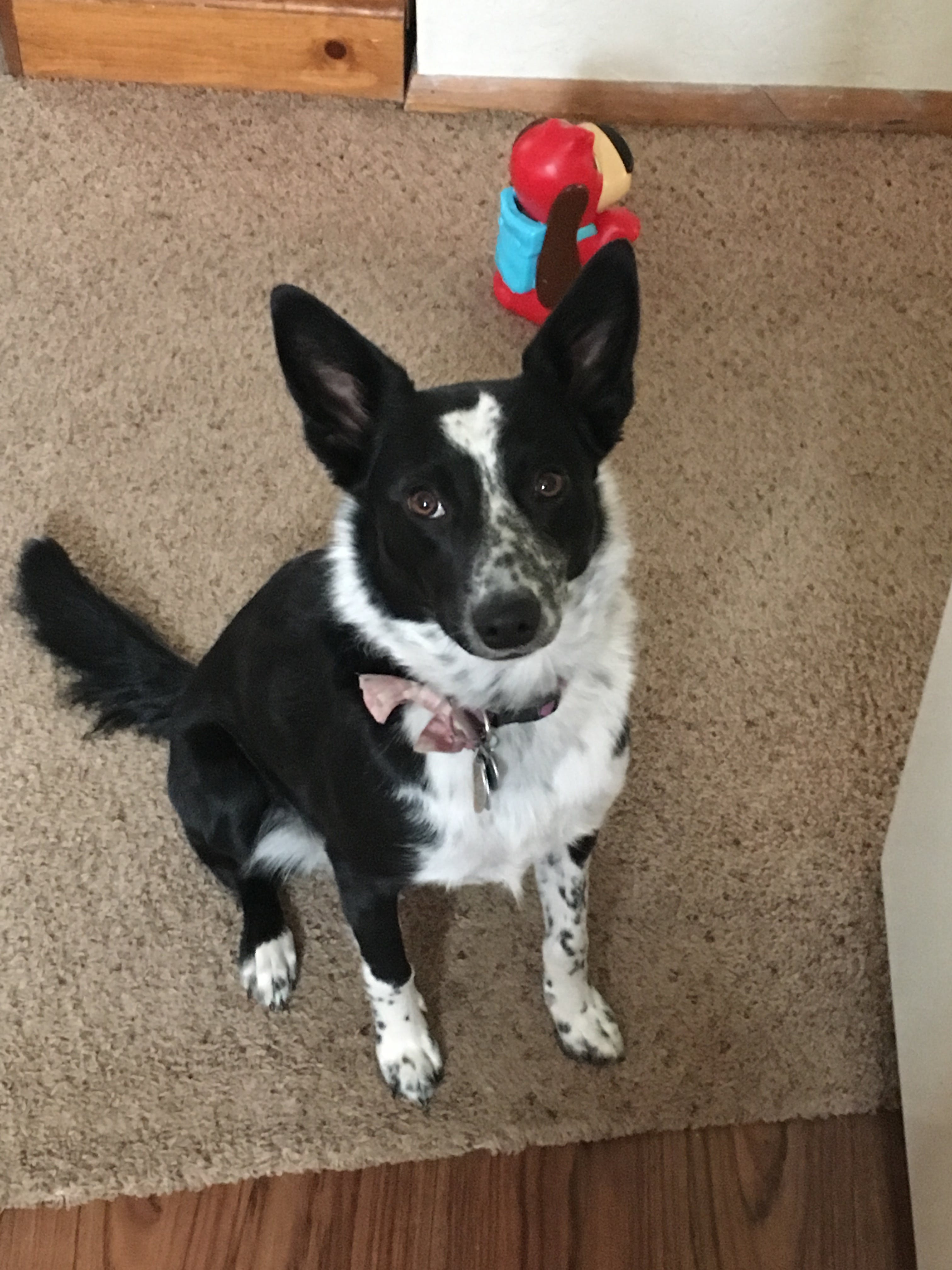 When my fiancé and I first really got to know each other it was over a big bottle of Jack Daniels. That was the same night I convinced him our house needed a pup and what else to call her besides Whisky. Also it’s great fun to scream Whisky at 10 in the morning 😊 all the neighbors thought we’d lost our minds till they saw our adorable little addition. 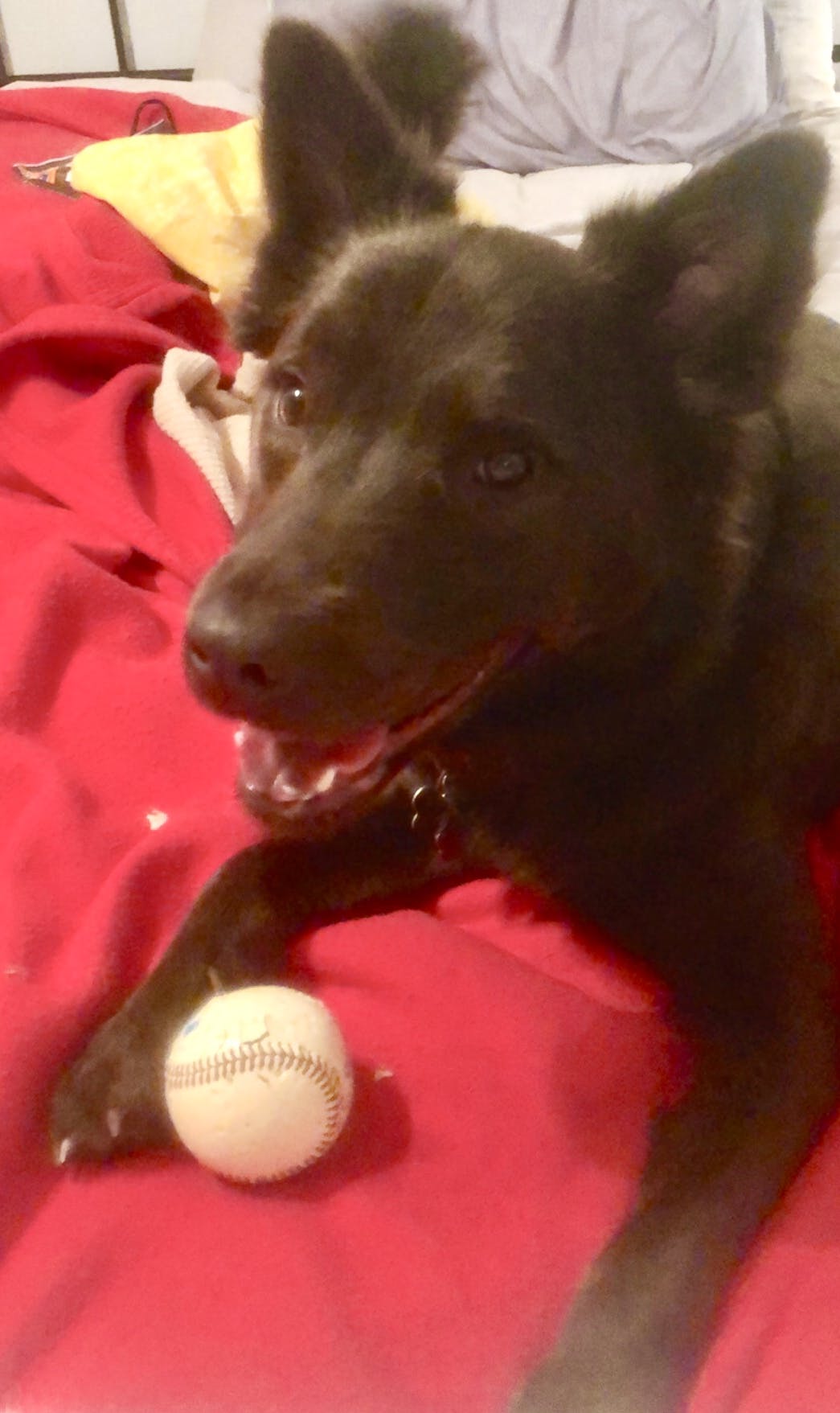 So, Jameson was adopted from SPCA clear the shelters day. . . When people say that dogs chose their owners, it’s 100% true. Jameson chose me that day. Jameson‘s name was originally chewy. . . Well a classmate of mine from high school used to refer to wedgies as chewies. . . I was not going to have a dog that made me think of butt cheeks eating pants every time I said his name. . . Well after many nights of staying up trying to keep this dog from eating and chewing on everything (underwear, pants [yes, I am aware of the irony], socks, shoes, EVERYTHING) and trying to deal with the worm infestation that he had brought home, I reached for some “liquid sleep aid” or “mommy juice” and low and behold it was a bottle of Jameson. That night my dog officially had a name.