Attack on Titan or Shingeki no Kyojin in Japanese is a massively popular manga and anime that took the world by storm. In the post-apocalyptic world, humans live in a community surrounded by three walls: Wall Maria, Wall Rose, and Wall Sheena. For hundreds of years, they lived in peace until one day a giant Titan managed to breach Wall Maria and began wreaking havoc around the city. Brave soldiers and childhood friends Eren Yeager, Mikasa Ackerman, and Armin Alert fight the evil Titans with all they got, trying to save the last humans in the city.

One of the most critical characters in Attack on Titan and the first wife of Eren’s father, Dina Yeager, alternatively spelled as Daina. Dina was Grisha’s first wife who was turned into a Titan as a punishment for treason and later went on to eat Eren’s mother Carla, the new wife of her ex-husband. Daina shares a name with a famous doggo though, so there is at least one redeeming quality to her. The dog in question is the adorable Dinah the Dachshund, the lovely lady who had quite the love adventure with one of the most famous dogs in the whole world – Pluto.

Dinah the Dachshund is, well, a Dachshund, a beautiful lady with brown and beige coat and long luscious ears. The first appearance of Dinah was in The Sleep Walker. However, she can be seen in other cartoons some of which include Presto Pluto, Pluto’s Magic Paws, and Canine Casanova. She is quite the coquette, taking hold of Pluto’s heart with her long lashes, ladylike demeanor, and enchanting scent. She is also quite the player! Even though most of the time she is, in fact, Pluto’s girlfriend, she can be seen dating Butch the Bulldog here and there. It seems that it is the universal truth that girls love bad boys but, in the end, always choose the gentleman, even in the animal kingdom!

How did the two lovebirds meet? According to Disney history, in The Sleepwalker, the goofy Pluto was fast asleep in his little doghouse, when suddenly, the beautiful Dinah appears out of nowhere and steals his bone. This awoke Pluto from his sleep and caused him to chase after her and retrieve his possessions.

However, since Dinah was so cute and lovely, Pluto sleepwalks and goes to her kennel to give her back the bone she tried to steal. But, after he awakes, his selflessness seems silly to him and anger replaces it. Dinah, being a good doggo, returns the bone to Pluto, but Pluto is so angry that he destroys her house only to find little puppies frightened for their life.

Seeing the doggos, Pluto feels terrible about what he did and decides to give up his doghouse to shelter the little ones from the rain. In the meantime, he falls in love with Dinah and decides to woo her with everything he’s got! There began Pluto’s adventure of trying to win over Dinah’s heart and making her his girlfriend! What a lovely love story we have here!

Finding the perfect name for your doggo which is at the same time inspired by one of the best anime/manga out there is not an easy task. There are so many options to choose from, and all the characters have a personality trait that makes them exciting and inspiring, and therefore perfect to use their name for your best friend. One of the classic choices is to pick the name of the main character. In this case, that would be Eren, after Eren Yeager, a teenager who fights the mighty Titans in an attempt to save humanity and avenge the death of his parents.

Another excellent choice is to use the names of the high walls that surround humanity’s last bastion. For a small and sassy doggo, the name Sheena is a perfect option, and for a gentle princess, the name Rose might suit perfectly! Speaking of walls, Maria is yet another great name, perfect for a classy doggo. Otherwise, if you are an owner of a big pup, you can name them – Titan. This name will inspire conversation in your local dog park, whether about Attack on Titan or the mythology and the stories that revolved around the ancient creatures we know as Titans. 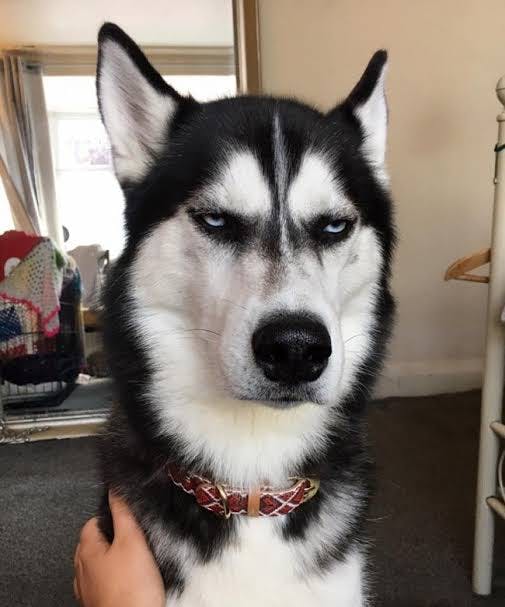 We found him cleaning himself in a ally way, he was homeless before he joined our survey Corp sadly his mother had past away next to him