If you're a huge fan of the Call of Duty series, and are looking to adopt a new best friend, then you've made it to the right place. Call of Duty is a massive video game franchise full of games, merchandise and die-hard fans. It has a campaign, or linear story line to follow and progress though, as well as established characters, but players will all agree that it's the multiplayer option that really makes the games. Well, that and the fact that you get to play with guns, different classes and even a dog companion. Speaking of which, here are some Call of Duty names you might like to consider when naming your new buddy.

The playable dog from Call of Duty: Ghosts, Riley is a member of the Ghosts squadron and part of the player's team. He's helpful, friendly, and helps by sniffing out explosives, as well as by taking out hostiles. What makes Riley so unlike other canine companions in video games is that players can remotely control him. You can even give him orders over a headset.

Plus, have you ever seen a dog jump up on a helicopter close to the ground, then bite the pilot to take the plane down? Because Riley does it! This German Shepard is technically a member of the US Special Operations unit, along with his caretaker, David "Hesh" Walker, and Logan Walker. He is portrayed as a vital team member, always alerting his human companions of threats in the area, scouting ahead, and engaging with enemies directly.

And this is all coming from a dog who isn't even in all the Call of Duty: Ghosts levels. In fact, he's mainly featured in the first half of the campaign, but then gets featured a bit less. That's not to say that he is forgotten though. Who can forget a dog who performs solo reconnaissance of enemy territory, guided only by a radio and camera feed built into a vibrating collar? Whether this is realistic or not is up for debate, but Riley certainly instilled the idea into everyone's heads.

Of course, Riley wasn't the only dog in Call of Duty: Ghosts. He was the star, but not the only dog. There were also guard dogs. When activated, a guard dog spawns and follows the player. It growls to let the player know there are enemies nearby, and will chase them, usually taking them down with one attack. On the off chance that the player still dies, the guard dog will seek and hunt down the murderer. And he will stay in a match as long as the game goes on, unless he is killed.

The only problem with these guard dogs is that they aren't the easiest to control all the time. They try to run back to the player after killing off an enemy, but it can go after another enemy he encounters on his way back. Although helpful, it can often cause the dog to be missing for a lengthy period of time. So, if you want the guard dog to be right by your side all the time, you're better off finding yourself a real dog to sit on the couch and watch you play!

When naming your new dog, there are some things to keep in mind that may result in an easier, simpler process. For instance, if you already adopted the dog, but have yet to name him or her, you may want to consider which Call of Duty characters best describe your dog. Do any of them resemble the dog at all?

On the other hand, if you haven't adopted the dog just yet, you may want to consider thinking about the dog's potential breed, size and color. Chances are you have an idea of what type of dog you want, or at least the general size. The tiniest bit of information can point you in the right direction.

Finally, consider what you love the most about the Call of Duty series. Is it the action, the adventure, the spirit of competition? Who in the story really stood out to you? Which character do you think embodies the entire series?

Remember, a dog is a best friend, a companion, and most importantly, a living, breathing life form with his or her own likes and dislikes. Prepare to see some changes and variations that don't quite resonate with the Call of Duty series. This is fine, and normal! The name doesn't have to always match the dog, although it certainly does help. 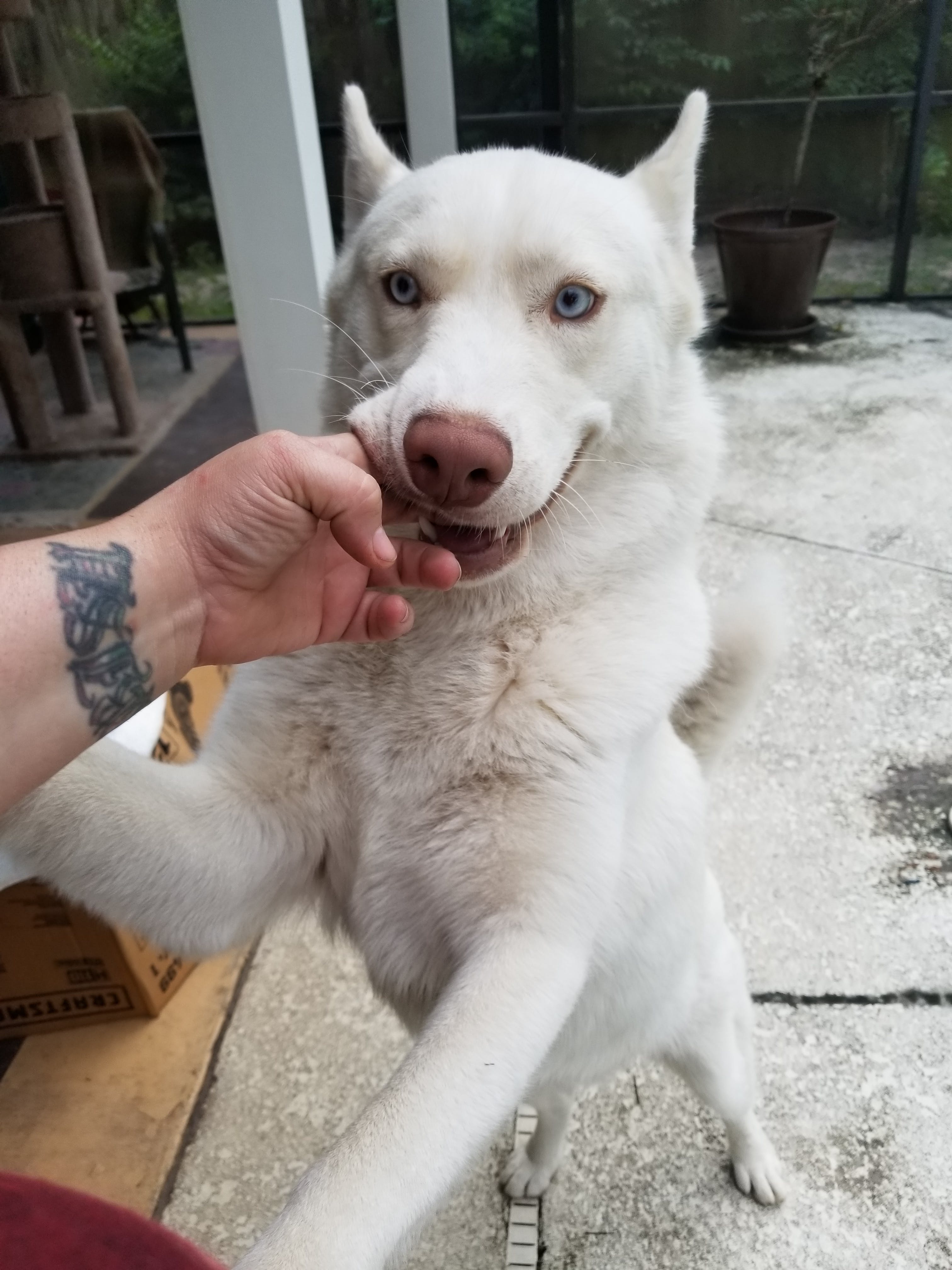 Bought him from an Amish man in PA he has been my support dog through tough times. His sunny, happy go lucky personality keeps me on my toes and drives his brother an sister huskies crazy