There are many joys involved with bringing home a new dog, and many decisions as well, including what to feed them, how to train them, and even what to call them. Comfort can have a number of different meanings. It can mean to give solace to, treat someone with warmth and compassion, or it even can be used to denote ease and wealth. While only a rare few of our dogs will provide us with financial comfort, the emotional support that they provide to us is immeasurable and can be a good source of inspiration when choosing a new name for our canine companions.

Many pets are given names that relate to the comfort that we feel when we are with our canine companions, so it is no surprise that some of these names have shown up here and there in popular culture as well. Brandy, a fairly commonplace name for canines, is a name that can refer to a warm and sometimes comforting alcoholic drink with an attractive color. The smallest dog listed in the Guinness Book of World Records is a six-inch-long Chihuahua by the name of Heaven Sent Brandy, and the canine that possesses the longest tongue is a boxer named simply Brandy. Some of the early Raggedy Ann stories featured a little white puppy with the name of Millicent, and the First Dog during George W Bush’s presidency was a black Scottish Terrier with the name of Barney, a dog who gave comfort to many people by hosting the Holiday tour of the White House during a time of great uncertainty.

Prior to being trained by Mark Harden, Noah, an Anatolian Shepherd whose name means comfort and rest, had been put up for adoption. He was proving difficult to manage and, at 135 pounds, had become too much dog for his living situation. Under Mark’s tutilage Noah the dog became an excellent canine actor, playing Butch, a major role in the movie “Cats & Dogs,” as well as being featured in the romantic comedy “Kate & Leopold,” starring Meg Ryan and Hugh Jackman.

Another comforting name, Hope, was the name given to one of the several trained therapy dogs at Doernbecher Children's Hospital in Oregon. Hope, a Golden Retriever, began her training as a facility dog at just eight weeks old, an endeavor that took about a year an a half to complete. The training and screening processes for facility dogs tends to be more extensive than the training for therapy dogs as facility dogs are often required to know a number of different commands for different situations and they must be fully screened for any health or temperament problems that might arise. Hope knows over 70 commands, including “jump on” and “snuggle” and spends two to three hours a day working as the “chief canine officer.” During the course of the day Hope can be seen providing comfort, emotional support, and unconditional love to the children who interact with her; she visits patient rooms snuggling, playing, and even swallowing fish oil pills to get kids to take their medicine, she gives encouragement to the patients walking the halls for physical therapy, and with the assistance of Hope’s handler, children are sometimes allowed to take her for walks or play games of fetch in the courtyard, getting much needed fresh air and sunlight.

Choosing a name for our pets can be a challenging but rewarding chore, one that can have either a positive or negative effect on both you and your new animal for years to come.  It is important that the name you choose for your dog is one that both you and your household can easily pronounce and one that your dog responds well to. In many cases, people choose to share their lives with dogs for the comfort and companionship that they provide, and this can be reflected in the name that they give their pet. There are many names that can reflect on the concept of comfort; some that remind us of objects of comfort, names like Blanket or Binky, others that remind us of flavors or smells that comfort us, such as Dumpling or Cocoa, and dozens that actually mean comfort for different cultures and in different languages. Your dog’s appearance, personality, or even their contribution to the family may influence your final choice of name as well, so the dog that sports a black coat may be named Apache, while Ratatouille might work for that dog you just can’t seem to keep out of the vegetable garden, and the name Anu would work nicely for a dog who will be helping out with the chores on a cattle farm. 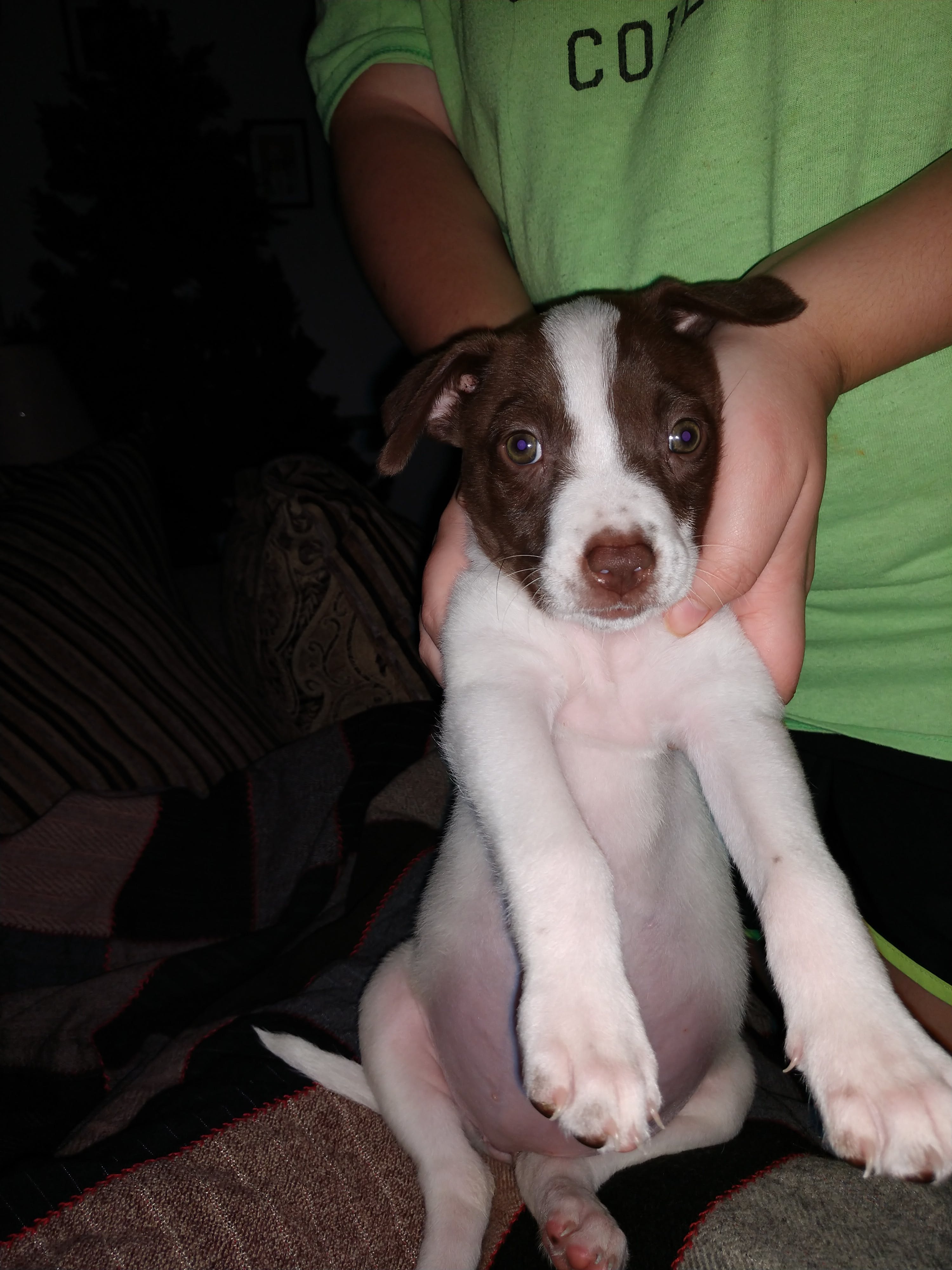 She has a brown Dot on her back, and but