Bringing home a new dog is an exciting experience; the world changes for you and for your new pup, sometimes a little and sometimes a lot. Whenever the world changed for the Greeks, whether it was a little or a lot, they called upon their gods and goddesses, of which they had many. People are still fascinated by the great Pantheon of Greek gods and goddesses even today and many people may choose to give their pets names based on these complicated and beguiling characters from ancient mythology. After all, it couldn’t hurt to have a furry god or goddess in the family!

Giving dogs names from the Greek pantheon of gods and goddesses is not an uncommon practice and some very notable dogs have been given monikers related to Greek deities. The name of the first search and rescue dog to arrive at the site of the Twin Towers just fifteen minutes after its collapse on September 11, 2001, a dog who braved both flames and falling debris to save people trapped in the rubble, was Apollo, and the Great Dane that held the title of the tallest dog in the world from October of 2009 to February of 2010 was named Titan for his great size. Ironically, this title which eventually passed to another Great Dane in 2012 and 2013 who was named Zeus, after the Greek god that overthrew the Titans and seized control of Olympus.

Fans of Magnum PI, a 1980s action series starring Tom Selleck, are likely to remember the two highly trained and beloved Doberman Pinschers that guarded the large estate in which the main character resided. These two dogs, known collectively as “The Lads,” were named Zeus and Apollo. While these two fictional canines were certainly indulged with luxurious surroundings and fine food, they were also devoted and loyal guardians who were drugged and sedated several times in the line of duty and Apollo was even shot once protecting the estate, barely surviving the operation that was required to save his life. These two beloved canine characters were played by several canine actors throughout the years, both male and female, and even starred in a public service ad in 1987 to bring awareness to the dangers of leaving dogs in hot cars, a subject that is still relevant today.

Two popular movies from the 1990s that were aimed at kids also featured dogs named for Greek mythology. Sandlot is a movie released in 1993 that centers around a group of young baseball players during the summer of 1962 and their nemesis is a gigantic mastiff-type dog named Hercules, known only to the children as “The Beast”. While the character played a large role in the film, many of the scenes that featured Hercules utilized a mechanical puppet rather than a canine actor. In 1997 the name Zeus pops up again, this time as the moniker of an adorable sandy-haired dog that develops a special relationship with a dolphin named Roxanne in the heartwarming family movie “Zeus and Roxanne,” starring Steve Guttenberg and Kathleen Quinlan.

Choosing a name for your new canine is an important step in creating a bond with your pet. It is something you will say and hear many times a day, hopefully for many years and it should be a meaningful name that is easy for you and your household members to pronounce and that the dog responds favorably to. There are countless names that can be garnered from the Greek pantheon of gods and goddesses. Some, like Hercules and Athena, have stories that are well-known and instantly identifiable, while other names such as Elpis, referring to the hope remaining in Pandora’s box, or Kratos, referring to the god of strength and power, may be more obscure. While some names may seem almost obvious given a specific dog’s appearance, like Atlas or Titan for a very large canine, or a dark colored dog named after the goddess of night, Nyx, other names may take a little more thought. In some cases, it may benefit both you and your dog to wait a few days before choosing their new name. Only time allows you to see the twitching paws that inspire you to name your dog after Morpheus, the god of sleep and dreams, or to learn that the name Hestia is perfect for your new dog because her new favorite thing to do is to lay in front of the fireplace. 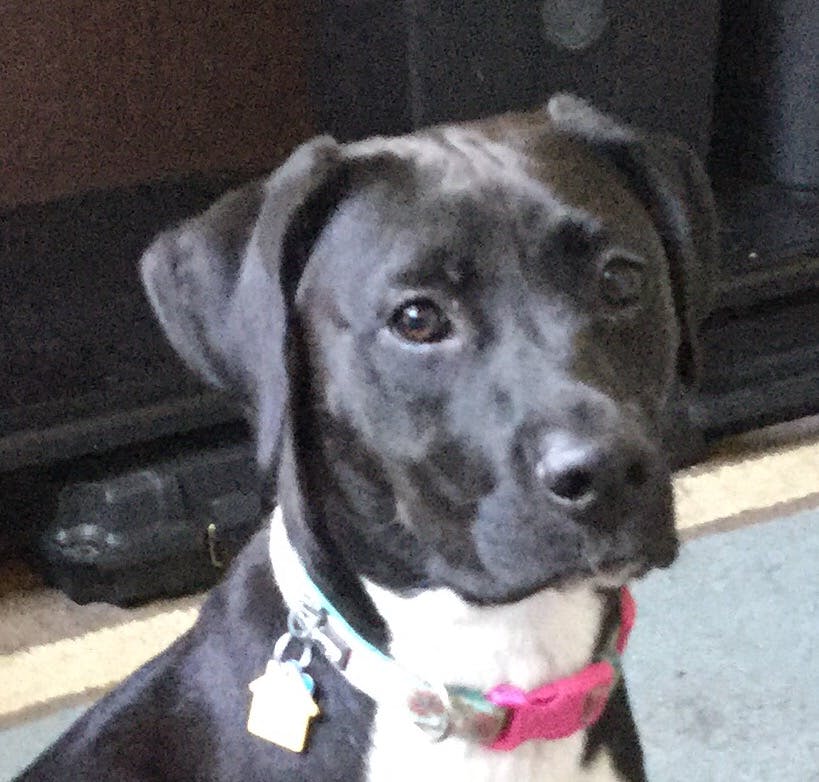 My mother suggested it! Her name was Roxy though originally so she is Penelope Roxy Barnett