The Hebrew language is a Semitic language, in the company of other Middle Eastern languages such as Arabic and Aramaic. There are 22 letters in the Hebrew Aleph-bet, the equivalent to our 26 letter alphabet, and it is read from right to left instead of left to right. While this ancient language went unspoken for nearly two millennia, a dramatic revival of the language occurred at the end of the 19th century, in large part due to a man named Eliezer Ben-Yehuda, and it became one of the official languages of the British Mandate Palestine in 1922. Whether you are looking to honor your heritage, looking for a dog name with a long history, or are just interested in the cultures and languages of the region, this list of Hebrew names should give you a good place to start.

There are several dogs with Hebrew based names that have taken the spotlight at one time or another. Moses is a fairly commonly Hebrew name used for dogs, some recent examples of this name in Hollywood include Moses the canine actor, best known for his roles in the movies “Harrison Montgomery” in 2008 and “Amy Cook: The Spaces in Between” in 2009 and the character Moses from the 2004 movie “Meet the Fockers,” played by a Yorkie mix dog named Terem. Another canine star from the big screen is Jed the Wolfdog, a male wolf hybrid who was active in Hollywood from 1982 to 1994. His first role as a Malamute during the movie “The Thing” in 1982 was fairly small, but he played starring roles in the remaining three movies, “The Journey of Natty Gann,” with Meredith Salinger and John Cusack in 1985, as well as playing the role of White Fang, opposite a young Ethan Hawk in the movie “White Fang,” in 1991, and reprising the role for the sequel “White Fang 2: Myth of the White Wolf,” in 1994. A dog named Nissa, a Hebrew name meaning “to test” got some attention even more recently in 2014, due in large part to Nissa’s talent at a physical discipline known as parkour. Nissa and her handler Kyle were filmed in slow motion by the popular YouTube channel, BeyondSlowMotion, while doing their parkour exercises, putting both Nissa and the sport of parkour in the spotlight.

Judy, a Hebrew name meaning a woman of Judea was the moniker given to a purebred liver and white Pointer that was born in the Shanghai Kennels in 1936.  Judy was adopted by the crew of the HMS Gnat where she served as ship’s dog during World War II, even moving ships to the HMS Grasshopper with the majority of her crew did. While Judy’s excellent hearing and scenting capabilities helped the soldiers to avoid trouble for quite some time, the HMS Grasshopper was eventually torpedoed in 1942 and the crew was taken prisoner, Judy along with them. At the prison camp, Judy made friends with another prisoner of war, Leading Aircraftman Frank Williams, and began following him everywhere. He shared food with the canine, and she did what she could to protect the prisoners, warning them of snakes and scorpions and risking her own life and health in order to stop them from being beaten. When a ship transporting prisoners was torpedoed in 1944 Frank pushed Judy through a porthole into the dark water 15 feet below in an attempt to save her life, but he was recaptured. Stories filtered back to him in the camp of a dog that had been helping the men in the water reach pieces of wreckage and carrying men from the water to safety, and a few days later, Judy showed up at the PoW camp that Frank was kept at. By this time the Japanese had exhausted the patience of the Japanese troops and they were actively trying to kill her, but she remained hidden in the jungle nearby until her companions were liberated in 1945. For her heroic endeavors, she was honored with the Dickin medal, along with a collar adorned with her service ribbons and inscribed with her campaigns.

Choosing a name for your new pet is often an enjoyable experience, but it is also serious business. The name you give your canine companion is one that you are likely to be saying and hearing many times a day each day. A name that is difficult for yourself or your family to pronounce may cause your new dog confusion and distress, while a name that they respond well to will enhance the bonding and learning processes. While people who speak Hebrew regularly may be very comfortable with some of the more exotic pronunciations, such as Baraq or Qeren, those who are novices to the language may prefer names that they may be more familiar with, such as Zach, Jed, or Sarah. There are Hebrew names available that can fit just about any canine and any situation and you can help to narrow down the list by examining at the dog’s physical attributes and personality traits as well as your own personal values. Names like Uphaz, Flint, and Tsillah can refer to the individual dog’s coat and color, while names like Tzevi might be given to dogs that like to run, and the name Nissa may be perfect for that dog that keeps testing their limits. There is a wide variety of meanings for Hebrew names that can reflect your own values as well, names such as Chayim, meaning life, Doran, meaning gift, or Binah, for knowledge, insight, and understanding. 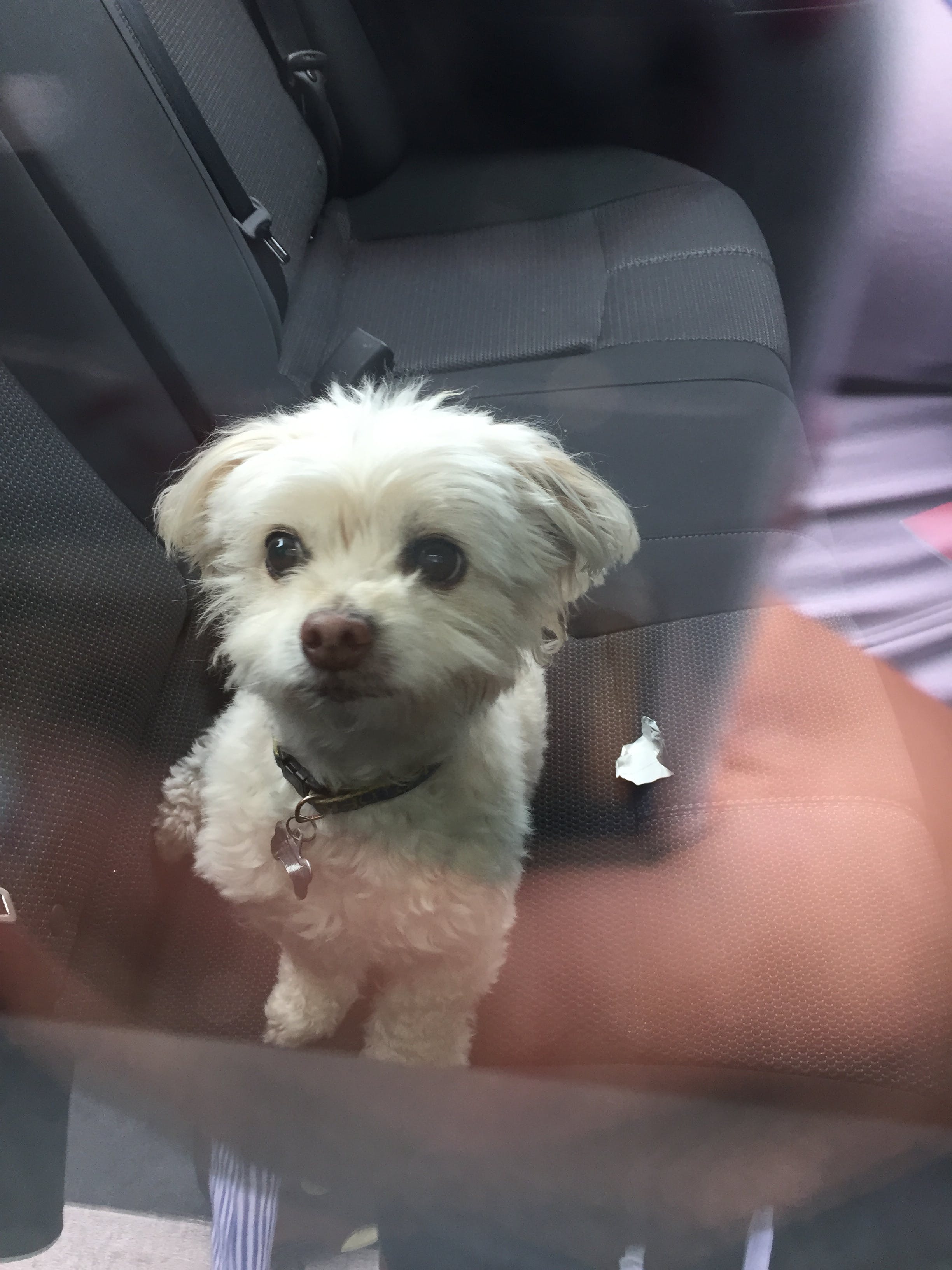 He’s 10 lbs and was found running along the highway. Ozi means strength, which he must have a lot of to survive alone on the streets of San Jose.