How many hours have you clocked building and exploring the virtual block-world of your dreams? Minecraft has become an instant favorite video game for many-a-player, attracting both young and old to the console. What started as a humble indie game has grown into a franchise so large that even Microsoft bought into it.

But are you ready to take the ultimate step in Minecraft fandom? Will you be naming your next fur-baby after the Mojang classic? If you answered a resounding "yes", then join us as we jump into everything Minecraft and give you our favorite pet names inspired by this well-loved game.

Featured Famous Minecraft Dog
Wolf
In Minecraft, one of the main goals of the player is to survive. You start with nothing and learn how to exist and build your life by using the natural resources around you. Because of this, if you want to have a dog by your side for the game, you have to go out into the wild and find a wolf, befriend them, and create a collar to tame them.

All creatures in Minecraft are referred to as "mobs", indicating that they are mobile features in the game. Each mob spawns (or begins) in a specific area and acts in predetermined ways. Wolves are neutral mobs, meaning that they will not attack unless provoked. An untamed wolf will also naturally attack any livestock you may be raising in the game. It's easy to tell if a wolf is going to attack, as their eyes turn red and their tail goes straight up, looking quite evil.

To tame a wolf, the player must seek out and give the mob an undetermined number of bones. You'll know when you've tamed your wolf into a dog as they will look friendlier and wear a collar (just like in real life!) Tamed wolves act just like loyal puppers and will follow their owner wherever they go, sit when they're told to, and fight to protect the player. Players can have as many pooches as they'd like and a trophy called "Leader of the Pack" is awarded to anyone who can tame 5 wolves during gameplay.

Adding wolf mobs was one of the early features of this game, beginning way back in 2011. Right from the get-go, they were made to be tamed by players and all updates since that time have made the miner-wolf relationship even closer. Players can breed wolves and must continue feeding them meat to keep them happy and healthy. Once a player has hurt a wild wolf, feeding it food will not cause them to stop attacking, as the player has lost the creature's trust.

It's only natural that we include man (and woman)'s best friend in our virtual lives as well as our real ones. Having a pooch nearby - even one that isn't real - gives us a warm, fuzzy feeling inside. Our relationship with dogs is one that is thousands of years old and one that will likely continue on for as long as we're on this planet.

Naming your pet pooch is not unlike playing Minecraft, itself. There are no real rules, but there are ways of doing it that are far more enjoyable for everyone involved than others. So, you can be extremely abstract in your gaming reference, hinting only to a select few where your mutt's moniker has come from, or you can be more obvious, allowing most who have some knowledge of the game to get the connection.

When it comes to names sourced from Minecraft, there are many different directions that you can go in. There are a plethora of different creatures - some found in nature, some only in nightmares - that you can choose from. Then, there is the neverending list of materials found in the game. Some are more standard or rustic sounding, while others are beautiful and exotic. Numerous biomes house a variety of natural features and plants, all which you can take inspiration from.

Really, the great success of the game is what makes it so easy to find excellent dog names from it - it's based on real life! The opportunities really are endless, so take a good look at your pooch and keep reading to see what options we've come up with below.

Shoals, IN
Personality
Happy and Protective

We just thought of it 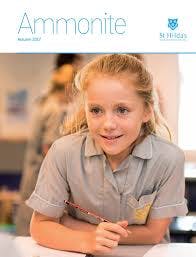 he has brown/ copper color fur