Norse Mythology refers to the collective religious beliefs of early North Germanic peoples, containing stories and accounts that the early Norse peoples used to understand their world and impart morals to one another. An enduring pieces of Norse culture and history, Norse Mythology has influenced many modern pieces of art, entertainment, and pop culture despite being hundreds of years old; from inspiring Richard Wagner's Der Ring des Nibelungen to serving as the ideological basis for Marvel comic's Thor, the myriad of stories that comprise Norse Mythology have stimulated the minds of men in profound ways. Norse Mythology has deeply rooted itself into contemporary pop culture at this point; everyone has likely heard of Thor the Thunderer or Odin the Allfather in one way shape or form. Norse Mythology is populated with many interesting characters whose names evoke a fundamental force of nature, and that sea of complex deities and fantastic beasts will provide interesting and unconventional naming options for your dog.

The story goes that Fenrir was born from the union between Loki and a giantess, and he was quickly captured by the Aesir and raised in captivity by the Aesir, the benevolent gods led by Odin and consisting of the likes of Thor, Baldur, and Heimdallr. At the time of Fenrir's conception, Loki wasn't seeing eye to eye with the Aesir and so he created Fenrir in order to fulfill a grim prophecy and bring about Ragnarok, the Norse Mythology' equivalent to Armageddon. As such, Fenrir was regarded as an ill omen by Norse peoples and the Aesir, leading the good gods to try and bind him up in order to prevent any future catastrophes. But Fenrir was strong and he broke out of the restraints the Norse gods originally tried to bind him with. Fenrir was also very clever as well, and when the Norse gods tried to bind him with a leash that Fenrir suspected to be magical in origin, he demanded that one the Aesir place their hands in his mouth as proof that the leash wasn't gimmicked. Fenrir was so keen and cunning that the Norse gods had to deceive him, for the last leash they bound him with had incredible magical properties. As a result of this deception, Fenrir is said to still be bond by this leash and the Norse god who placed his hand in the wolf's maw as collateral is now one handed.

Fenrir may be the most famous furball in Norse Mythology, but there are other time honored hounds who play more benevolent roles for dog owners to name their pets after. Odin's hunting hounds Geri and Freki are two such characters; these two hounds are attributed for helping Odin create all of the wolves in early the North Germanic lands and they helped their master find food whenever the trio started to grow hungry. As such, Geri and Freki have become synonymous with hunting, when it comes to Norse lore, and their visages are evoked in order to give hunters travelling grace before they set out on their tasks.

Norse Mythological characters have exhilarating stories to go along with their extravagant names and many dog owners who are well versed in Norse lore may choose to name one of their pets after a character due to the story associated with a particular character; do you own a breed that's particularly renowned for its hunting abilities? Why not name him after Ullr, the Norse god of hunting. Do you own a breed that's known to be have a ravenous appetite? Consider naming it after one of Odin's own canine companions, Geri or Freki. The breed, perhaps sleek and agile, or the color of your dog may point towards the use of a Norse mythological name. 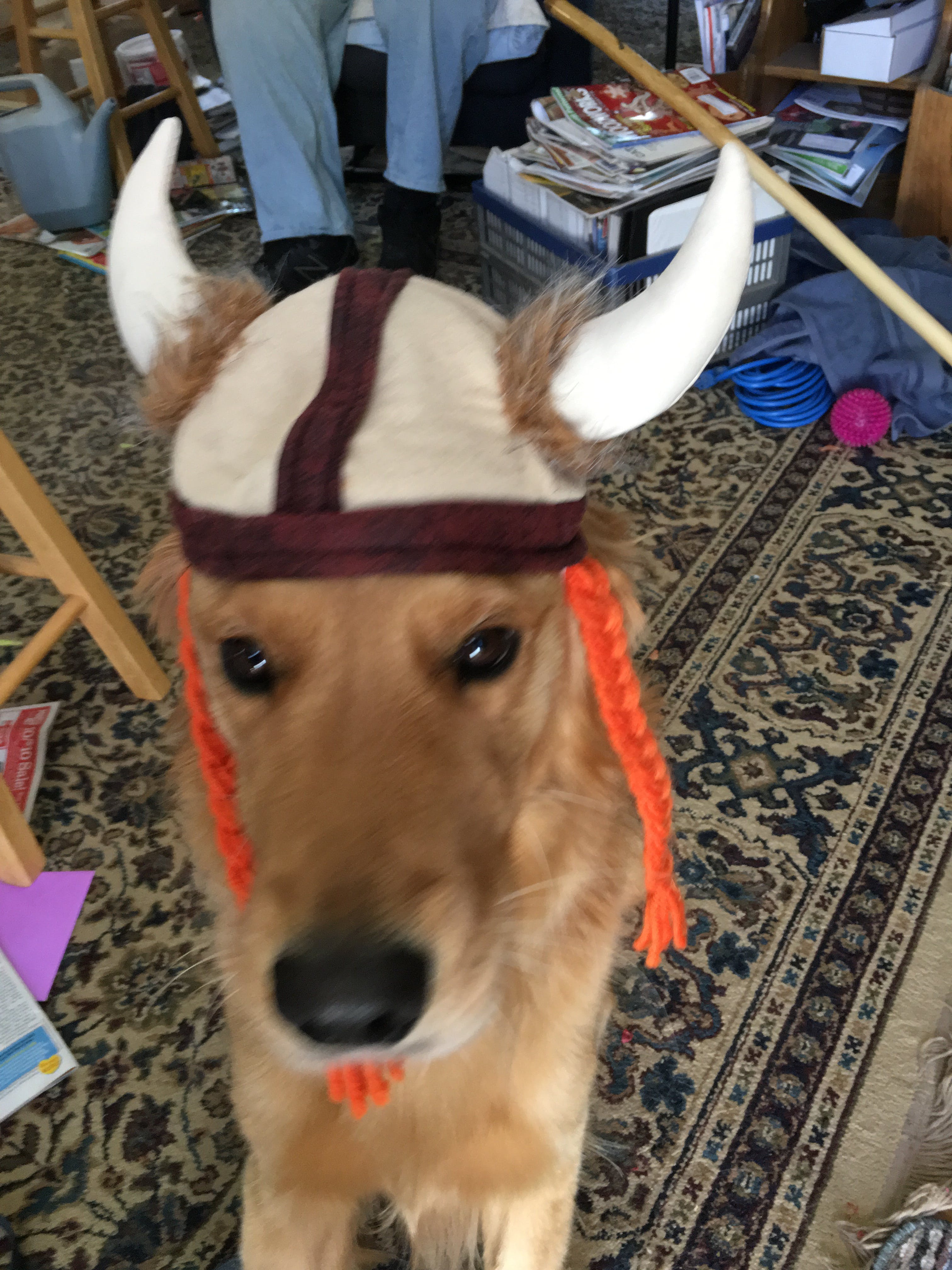 My husband and I were married in a Viking ceremony based upon hand fast information. It was complete with and axe ceremony. We cut out cake with a broad axe. It was only fitting that our pup have a strong Viking name

When I was looking up names, axel came up as father of peace