What a cute, cuddly little Pekingese pup you have sitting on your lap!  She's so small and adorable ... and did I say "cuddly"?  Your husband brought her home to you for a gift recently, and now, comes the naming part of the process, a task which can be fraught with stress, a path which seems endless!  This task doesn't need to be stressful but, rather, it can be quite fun ... especially if you have a plan ... (drum roll heard here) but wait, Wag! to the rescue!  We're here to help with some ideas which may help start those wild imaginative juices to flow, helping you to come up with just the perfect name for the cute and cuddly canine who's warming your lap.

Featured Famous Pekingese Dog
Malachy
If you haven't already done so, it would be a great idea to look up the history of the Pekingese dog.  You will find some very interesting information about it ... like it's one of the most ancient dog breeds on the planet, or, that it was originally owned only by monks and Chinese emperors and their families, or, that the appearance of the breed has changed very little (she's a little smaller now than then) in over 2,000 years.  At one time, it was actually a crime to own a Pekingese if you didn't fall into one of those categories.  She is truly a magical and majestic little creature, if you like toy canine breeds, but not so much if you're into breeds which are considered more versatile and "durable" dogs.  The majesty of the Pekingese isn't always appreciated ... as is the case with Malachy, a male Pekingese who achieved Best in Show rating at Westminster in 2012.  This award, the most sought-after one in "dog-hood", is a source of pride not only for the owner but also for the dog.  However, for the German Shepherd, the Doberman Pinscher, the Wire-Haired Dachshund, the Kerry Blue Terrier, the Dalmatian and the Irish Setter (and their owners) who were bested in the competition, Malachy's achievement was a true and grievous disappointment.  Malachy won the competition, in part, due to his "spotless demeanor", which, based upon the intense verbal flack raised by owners of a variety of other canine breeds, is a lesson that could be considered one of which we could all benefit.  But, as is the case with many of our canine breeds, he took all of the human nastiness in stride, remaining the happy dog he's always been.

Our second featured famous Pekingese spotlight is Fifi, the Peke. She is a figment of a Disney imagination, being created, comic-stripped and filmed as the love interest of Pluto, the dog.  She is also depicted as the pet of Minnie Mouse, when Minnie was a younger mouse.  She first appeared in the Mickey Mouse Sunday comic strip in March, 1932, with her first appearance in a cartoon being released in September, 1933.  Her "acting career" sort of just disappeared after 1955 with her most recent appearance being a playable character in a cellphone video game called Disney Dog.

The task of selecting the perfect name for that precious pooch is an important one, though it can be fraught with stress and seem quite the overwhelming task.  For many people, the stress potential seems to grow daily as they keep calling her "dog", "baby" or "sweetie pie" so they just opt for the standard stereotypical and common dog names to get the job done and move on.  And, of course, there is nothing wrong with that naming tactic ... unless you want your new pooch to have a special and unique name to set her apart from all of the dogs with whom she will eventually be associating at the dog park.  If you're of the latter frame of mind, then let's talk briefly about some options you may have.  Many pet owners will utilize the color or texture of her coat for name clues, while others will consider some special attribute or personality trait she possesses to stir up some "magical", or even regal, names and still others will use the breed of their new pet for imaginative stimulation.  As is the norm for seemingly daunting tasks, if you approach this task with a plan, it will seem less overwhelming, and it is this last option that we are suggesting to you today ... Pekingese dog names.   Now that we've lit the fire of imagination, let's consider some names or variations of names which are very popular for Pekingese dogs. 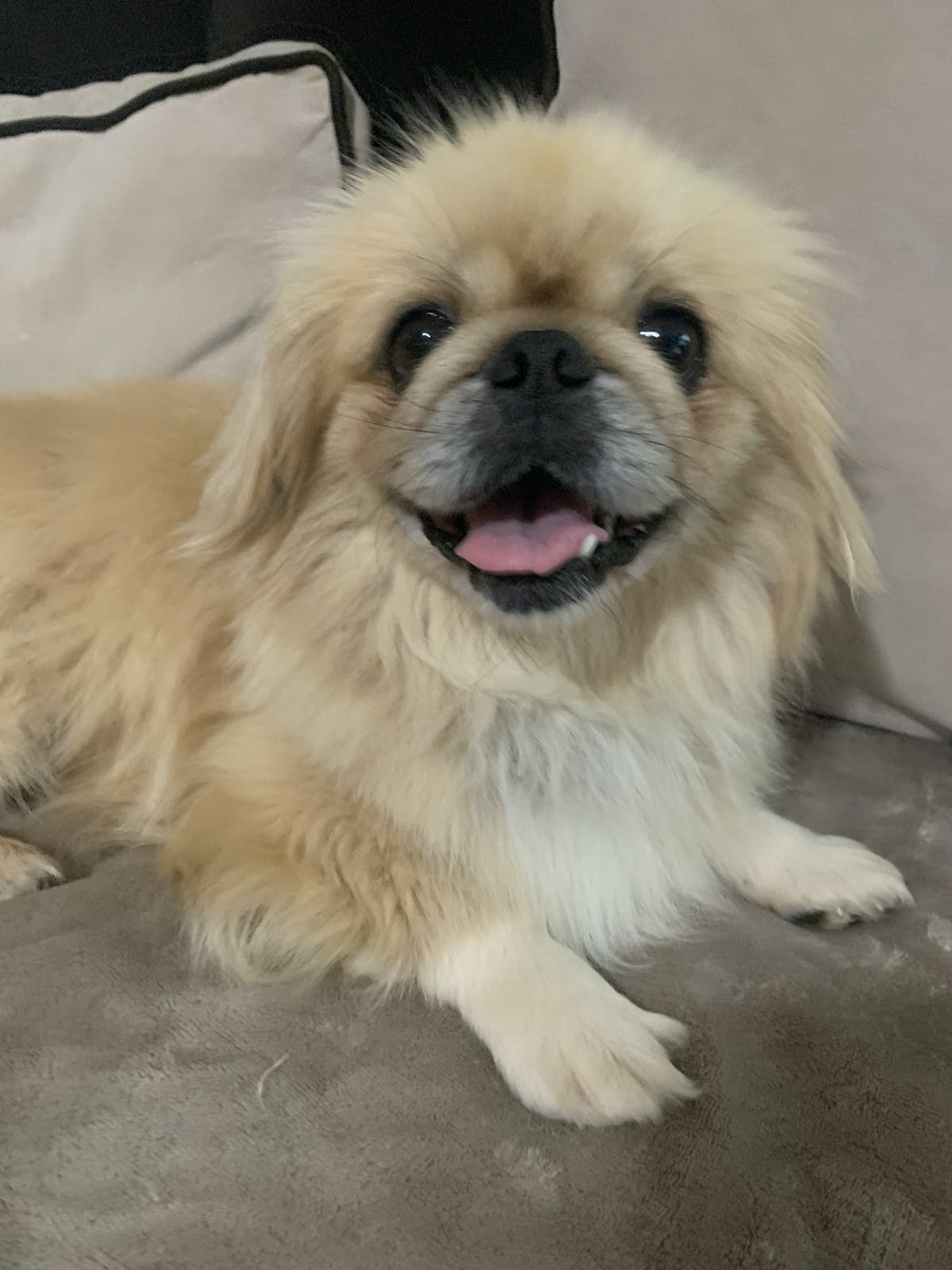 Being a newly adopted dog I didnt like the name he had so I searched Google for names,I found four that I liked and hard as it was I narrowed it down to two and finally settled on the name Jasper.